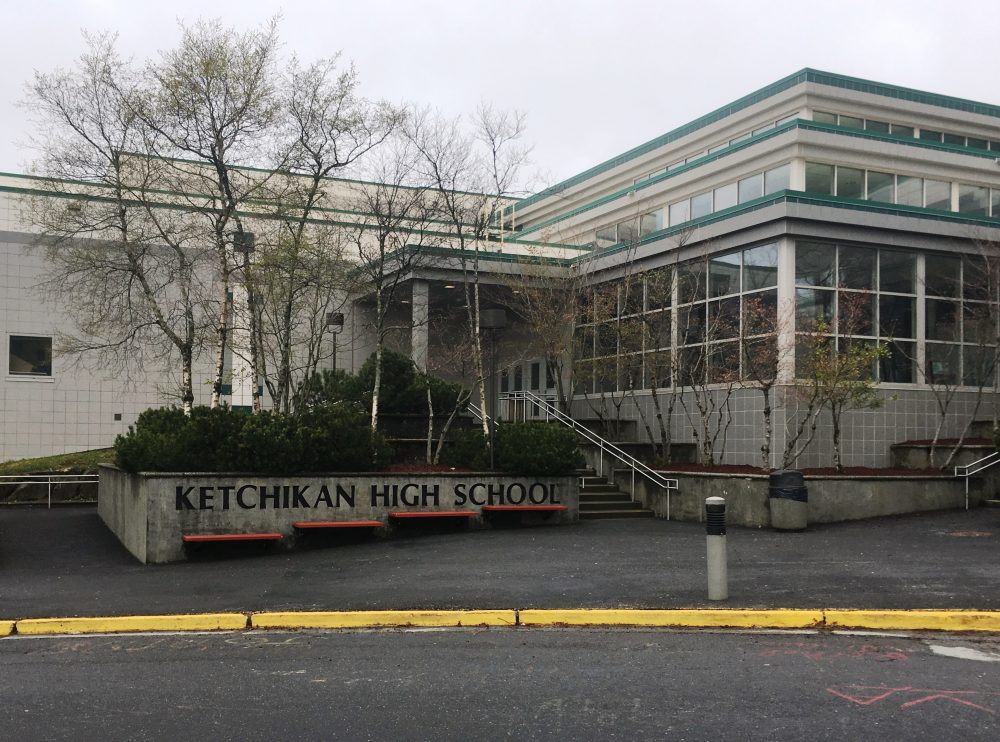 The three top educators sat for roughly half-hour virtual interviews with Ketchikan’s school board on Monday.

The candidates include Greg Fowler, a principal at an alternative school in Arizona. He heads up Rite of Passage Southwest Leadership Academy, a charter high school.

“We take most of the kids out of Phoenix Union (High School District) that have been kicked out of high school and are part of the judicial system, we deal with them. So we see, in a normal year, about 700 to 800 students that come through our doors trying to find programs,” Fowler told Ketchikan’s school board.

He says he’s been a school administrator for more than two decades spanning every level of K-12 education. And he says he’s always looking for ways to help students succeed using a system that targets struggling students known as a multi-tiered system of supports, or MTSS.

“I’m a big data man,” Fowler said. “At my school, I have one whole wall that’s probably 20 foot long, and it’s a MTSS wall. And we have every student in our organization up on that wall, and we have 32 different interventions that we work with. So those are the types of things I’m looking at: How can we plug kids in? And stuff like that,” he said.

He boasts a doctorate in education and says he spends some of his free time as a preacher and pastor at a missionary outside Phoenix.

Michael Robbins, a principal in Southwest Alaska, is the site administrator at Nelson Island School in Toksook Bay. He told the board he’d been there three years and was already seeing vast improvements in students’ performance.

Robbins says he has more than a quarter century of experience in education, including a stint with for-profit tutoring company [web: Sylvan Learning]. He says he’s taken lessons from his time in the private sector and put them to use keeping kids on track.

“Particularly in COVID, you’re going to have an achievement gap, right? You’re going to have where students are — just because they miss time, right? For no other reason than that. And you have to be able to close that gap,” he said. “And so what we did in my school to do that was we used that Sylvan model of two-to-one, three-to-one, where we didn’t have more than three- or four-to-one so that we could build upon those skills in an accelerated way because our kids were behind.”

Robbins, who is of no relation to Ketchikan School Board Member Paul Robbins Jr., says he knows that working as a school leader in rural Alaska is a very public job. He says he enjoys engaging with the community.

“When I go to the post office in Toksook Bay, Alaska, and somebody stops me, I’ve got a chance to talk to them about how great our school’s doing, what our priorities are, how can they help, what can they do,” he said. “They can be a part of it.”

He says getting community buy-in for school initiatives is key to making sure every student succeeds.

And rounding out the finalists is Ketchikan’s interim superintendent Melissa Johnson. She’s a graduate of the island’s school system. She described community relations as one of her strengths.

“One of my best attributes is definitely listening,” she said. “That doesn’t mean that I always act on everything that you tell me, but I do listen to it so that I can make decisions that are sound. Living in this community, one thing that I bring to the table is that you see me at the grocery store.”

And she says her status as a hometown candidate with 20-plus years of education experience means she knows the school district inside and out.

“I have a unique perspective in that I’ve had three children go through the school. I also was a teacher and a paraprofessional and a school administrator in this district,” she said. “And then as an interim superintendent, I really do believe that the sky’s the limit for for the Ketchikan Gateway Borough School District.”

Johnson says she’s proud of the district’s decision to return to in-person classes in 2020 and has a number of ideas to improve staff and student morale once the pandemic is in the rearview mirror.

Johnson is an elected member of Ketchikan Indian Community’s Tribal Council, the governing body for the roughly 6,000 member tribe. Her husband works as a teacher and coach at Ketchikan High School. School Board Member Diane Gubatayao said that given her ties to the community, some might see potential conflicts of interest.

“For example, KIC board member, a husband that’s an employee, and finally, longstanding relationships with employees as their peers versus being their leader,” Gubatayao said.

Johnson countered that her seat on KIC’s Tribal Council is an asset rather than a conflict. She said the same of her relationships with staff.

Johnson said she would never be her husband’s direct supervisor and would avoid making decisions that financially impacted her family.

After the virtual interviews, all three candidates were invited to fly to Ketchikan next week for meet-and-greets with the community, labor groups and the school board. A community forum with the candidates is tentatively scheduled for Tuesday, February 8 from 6:30 to 8 p.m. The school board is set to make a final decision at a special meeting on Feb. 10.

A link to the full interviews is here.

Correction: An earlier version of this story misspelled Toksook Bay.