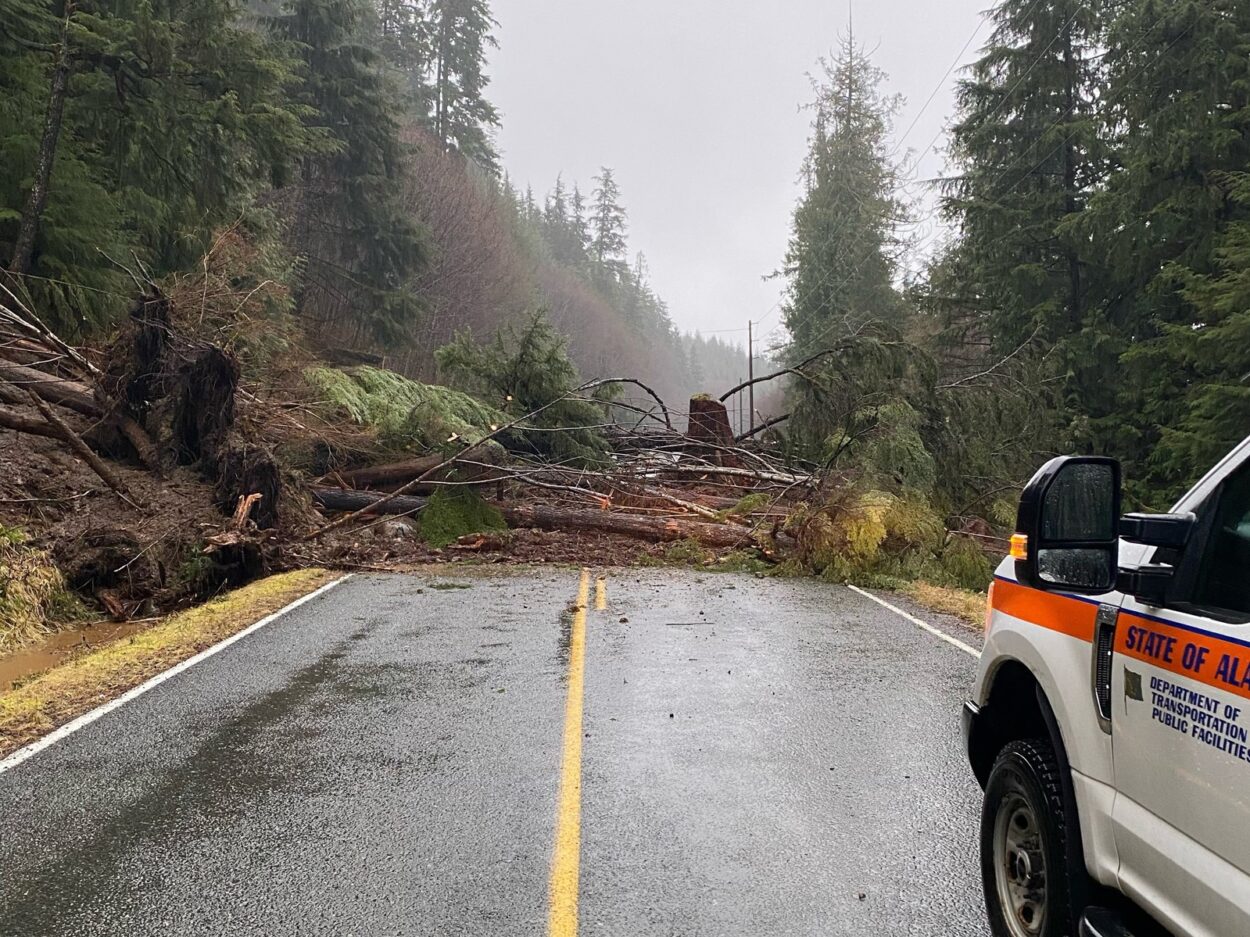 A landslide blocked the lone road in and out of Hydaburg Wednesday morning. (Photo courtesy of Alaska DOT)

The road to the Prince of Wales Island community of Hydaburg has reopened. A landslide Wednesday morning had blocked traffic for about five hours until crews were able to clear debris.

State Department of Transportation spokesperson Sam Dapcevich says dirt, rocks and trees came down from a hillside around 8 a.m. Wednesday blocking the road. He says crews cleared most of the debris by 11:30 a.m. There were no reports of injuries.

Dapcevich reported that the road had reopened shortly after 1 p.m. DOT thanked the community of Hydaburg for its assistance. He added that crews are expected to repair a damaged power pole in the area on Thursday. 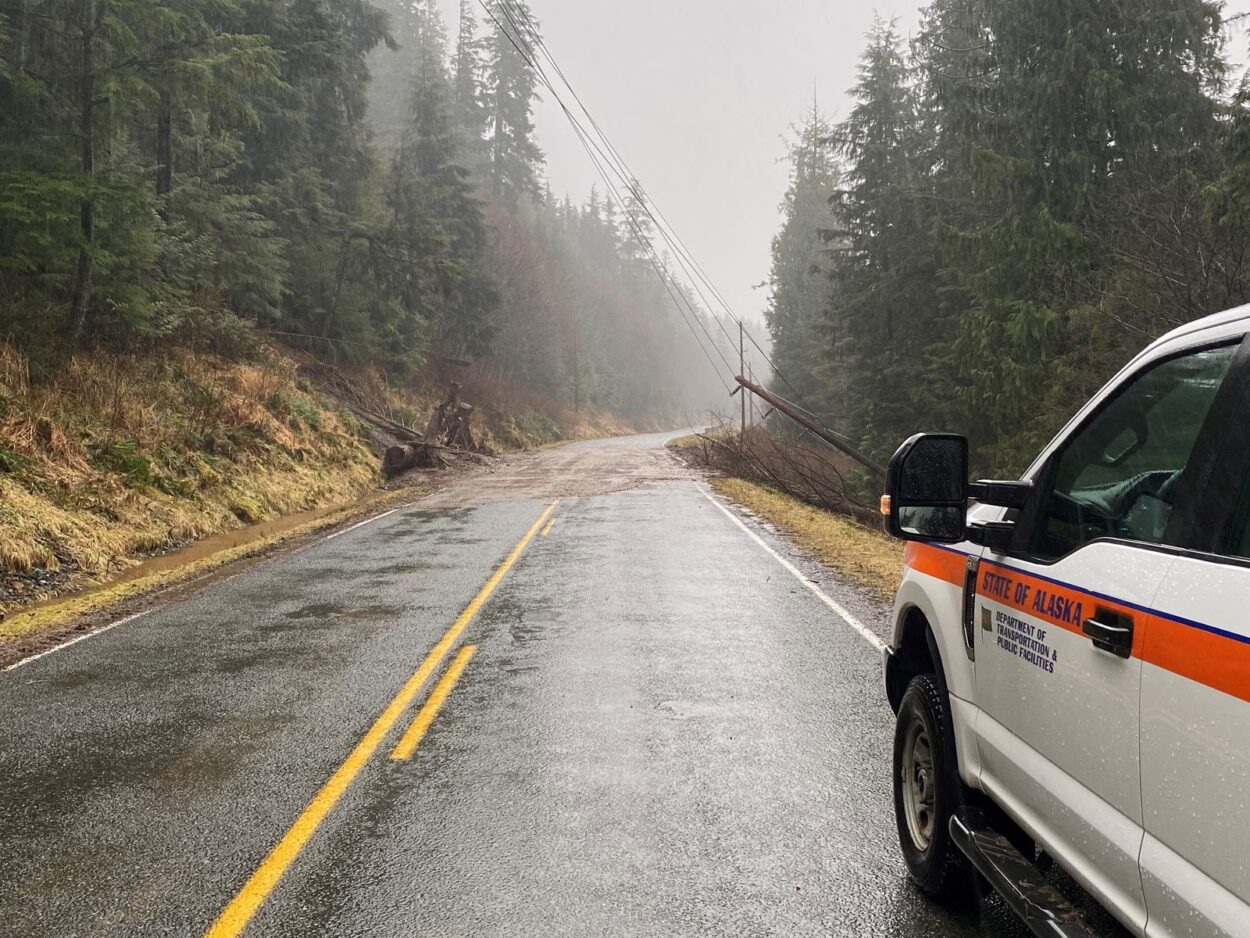 By midday, crews had removed most of the debris covering the road, but a downed power pole continued to block traffic, Alaska DOT’s spokesperson said. (Photo courtesy of Alaska DOT)