Ketchikan’s school board could choose a new superintendent Thursday. Here’s what they’d do first 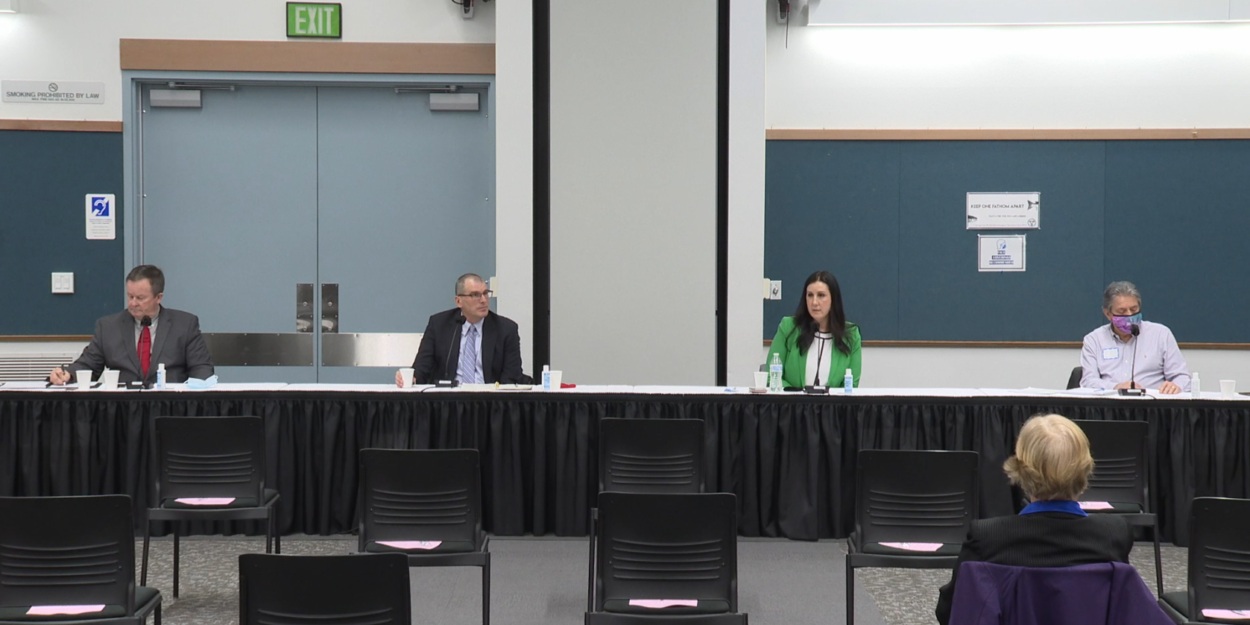 Ketchikan’s school board could name the community’s next superintendent Thursday night. Three candidates sat for a marathon series of interviews and meet-and-greets with the school board, community members and school staff in recent days.

The candidates outlined what they’d do in their first 100 days as superintendent during a community forum on Tuesday.

Melissa Johnson is among them. She’s worked as Ketchikan’s interim superintendent since her predecessor, Beth Lougee stepped down last year. At Tuesday’s forum, Johnson said that she wanted to get people excited about working at and attending Ketchikan’s schools after two difficult pandemic school years.

“I think the first thing is to develop a plan for our staff and student morale,” Johnson said.

She said she’d also like to develop a robust plan for all grade levels for social and emotional learning. Johnson says she’d also develop a plan to promote cultural awareness.

“And that’s of all cultures,” she said. “And I think it’s important that we work with different organizations to make sure that we strive to develop a plan that (makes) all kids feel included social-emotionally and then also within their culture.”

Also in the running is Michael Robbins. He’s a principal at a K-12 school in the Yukon-Kuskokwim Delta. He says he’d first work to integrate himself into the community, just as he had when he arrived at his current school.

“When I landed in Toksook Bay, the first thing I did was put my bags down, and then I went down to the tribal government office and introduced myself and started a relationship with our tribal government, our city government,” he said. “And I would do something very similar, too, here in the first 100 days.”

The third candidate is Greg Fowler, a principal at an alternative charter school in Arizona. He says his first stop would be Johnson’s office where he’d get up to speed. He says he’d put together a core group of staff to work on a long-term plan for the school district.

“I also think it’s very important during that time to put together a dynamic team that we know about the strategic plan, put it at the focus of everything, and start putting together the processes and programs that we need to ensure that we’re meeting the strategic plan itself,” he said. “I would go out in the community (and) develop relationships. I’m a pastor as well, so that’s one of the big things for me to get out and understand everything that’s going on with the community.”

Ketchikan’s school board is set to meet in special session at 6 p.m. Thursday in the White Cliff Building to consider which of the three candidates it might elect to hire.

Much of the discussion about the merits of the individual candidates is likely to occur in closed session in line with state law. Time is set aside at the beginning of the meeting for public comment. Each speaker will be limited to five minutes.

Written comments can be emailed to the board clerk at kerry.watson@k21schools.org. The meeting can be watched live at the borough’s website.

Correction: An earlier version of this story misspelled Toksook Bay.