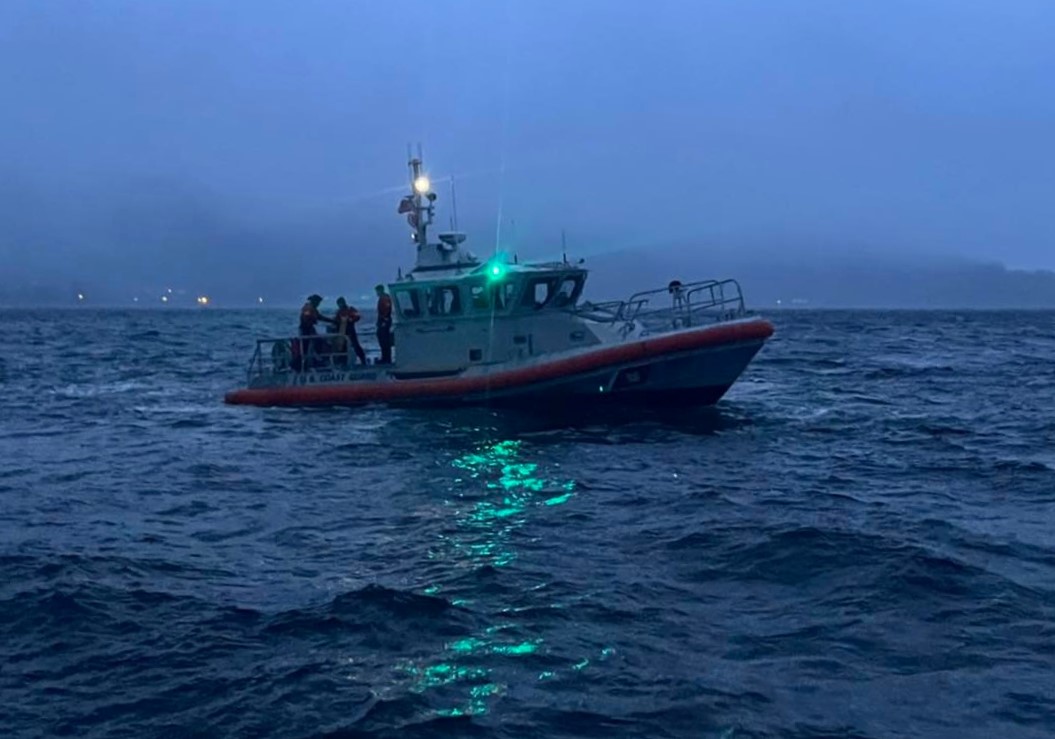 Authorities say a 54-year-old woman survived after jumping into the frigid waters of Tongass Narrows on Tuesday night.

Ketchikan Police Lieutenant Andy Bernston says a call came in around 8:30 p.m. Tuesday that was relayed by dispatchers.

“Officers were advised, as well as the Coast Guard, that a female had jumped into the water on her own accord, and had floated out to approximately 100 yards off of the shore in the area of Berth 1,” Berntson said by phone Wednesday.

That was near where witness LaDonna James was parked in her car, talking to a friend, when she saw a woman she didn’t know pass by.

“She just walked up to the dock, took her backpack off and her coat and jumped,” James said in a phone interview.

“I couldn’t find her for a minute, but then she popped up on the other side and she was yelling, ‘Help! Help!’ and I was trying to get her to swim to us, yelling ‘Come on! Come on! Swim! You can do it! You can do it!’” she said. “But the current was taking her. But she fought so hard. And in my mind I kept thinking, ‘I need to keep talking so she can hear me’ so she’ll fight.”

Coast Guard Station Ketchikan’s officers wrote on Facebook that two of its vessels were in Nichols Passage conducting practice exercises at the time. One boat was able to immediately respond.

Berntson says it was Coast Guard personnel who pulled the woman from the water and took her to shore. She was transported to PeaceHealth Ketchikan Medical Center.

“She didn’t seem to be in physical distress. She was floating versus struggling to stay afloat. She seemed to be floating comfortably,” Berntson said. “But certainly you want to evaluate why a person puts themselves in that situation, which is a concern as well as their medical treatment. So you want to address both of those at the same time, and the best way to do that is to get them to the EMS and to the hospital.”

LaDonna James, the witness who summoned help, says she was glad to learn that nobody was hurt.

“I don’t know who the lady is, but I’m very thankful that I was out there at that time,” she said.