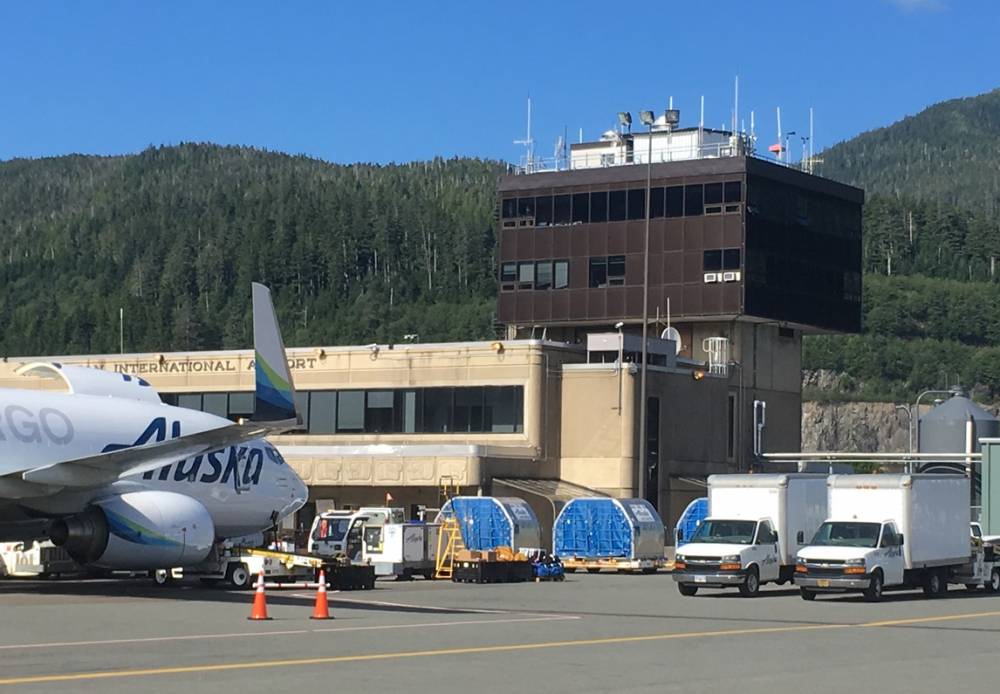 Ketchikan International Airport’s terminal could double in size as part of an $89 million expansion that would reshape much of the airport complex over the next two decades.

Consultants with national firm Mead & Hunt worked with the borough to put the plan together and presented it to the assembly last July. They recommended local policymakers plan to double the square footage of the airport terminal and expand jetliner and cargo plane capacity to support a projected 360,000 passengers by 2038.

The first phase of the plan includes moving the security checkpoint downstairs and adding a new lane, an expanded concessions area, a second covered jetway, and a concrete parking area for a third commercial jetliner.

The Ketchikan airport’s manager, Alex Peura, told KRBD Friday that the borough is currently negotiating a contract for design, engineering and project management for the first phase of the expansion plan. That’ll face an assembly vote later this year. Construction is projected to begin in fall 2023 and last roughly a year and a half.

In other business, the assembly is scheduled to consider asking Gov. Mike Dunleavy and the Legislature to increase the per-student funding provided by the state education department. The “base student allocation,” as it’s known, has been flat for seven years even as prices for goods and services have risen through inflation. Borough officials say that means state education funding for Ketchikan’s school district is now roughly $7.5 million less than it was in 2009, in terms of what it can buy.

Borough officials say they can’t make up the funding gap without raising local property taxes substantially. The state and borough each provide funding for Ketchikan’s schools.

Ketchikan’s school board is scheduled to consider the joint resolution later this month.

Ketchikan’s Borough Assembly meets at 5:30 p.m. Monday in the White Cliff building. There’s time for public comment at the beginning of the meeting. The full agenda is available online, and the meeting is broadcast on the borough’s website and local cable channels.