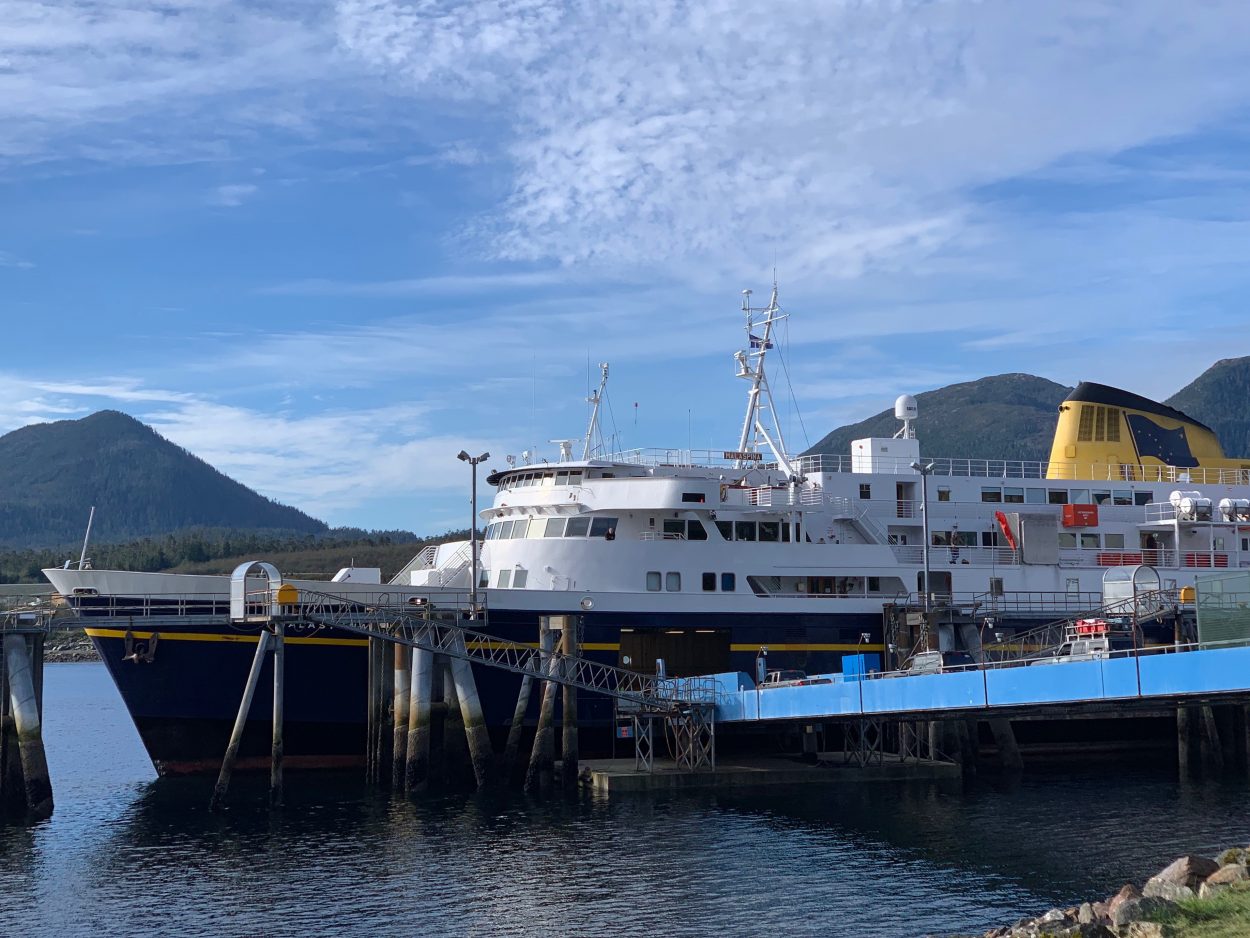 Vehicles load onto the Malaspina on a 2019 run to Prince Rupert, B.C. (Eric Stone/KRBD)

The Alaska Marine Highway System says it’s resuming ferry links to Prince Rupert, British Columbia this summer for the first time since 2019. The state ferry system announced Monday that reservations are now open for the roughly 110-mile route connecting Ketchikan and the North American road system from June through September.

The last ferry between Alaska and Canada on the route sailed more than two years ago. That’s when a dispute over whether U.S. border guards would be allowed to carry sidearms on Canadian soil led authorities to pause sailings. Then the pandemic hit, and Canada closed its border to all but essential travel.

But now, a U.S.-Canada agreement now allows U.S. border agents to be armed, and the Canadian border has reopened to visitors.

“I’m pleased to announce that through our department’s efforts over the past two years, we can restore the Prince Rupert-Alaska connection,” the state’s transportation commissioner, Ryan Anderson, said in a news release. “Prince Rupert is a valuable mainland link for Alaska, and we intend to keep it open for travelers in the years to come.”

“I’ve heard loud and clear from constituents throughout the area about the importance of that. So I’m gratified that in fact, we’re going to see it happen, (but) a little disappointed that it’s not happening until the third week of June,” he said by phone Monday.

The ferry system’s general manager told CoastAlaska last September that he hoped sailings between Southeast Alaska and northern B.C. would resume May 1. The first voyage from Ketchikan to Prince Rupert is set for June 20, with a return trip the following day, according to the state ferry’s booking website.

Ortiz says he’d like to see more sailings on the calendar. The Marine Highway System says it expects the Matanuska to sail to and from Prince Rupert twice a month through September. Both of each month’s round-trips would be within a week of each other.

“It’s a long way from the kind of service that we used to have,” he said. “But these things take time, and so we’re going to look forward to giving the department an opportunity to improve upon that service, but we’re gratified that the service in fact will return here.”

Tickets for the six-hour voyage start at $69 per passenger.