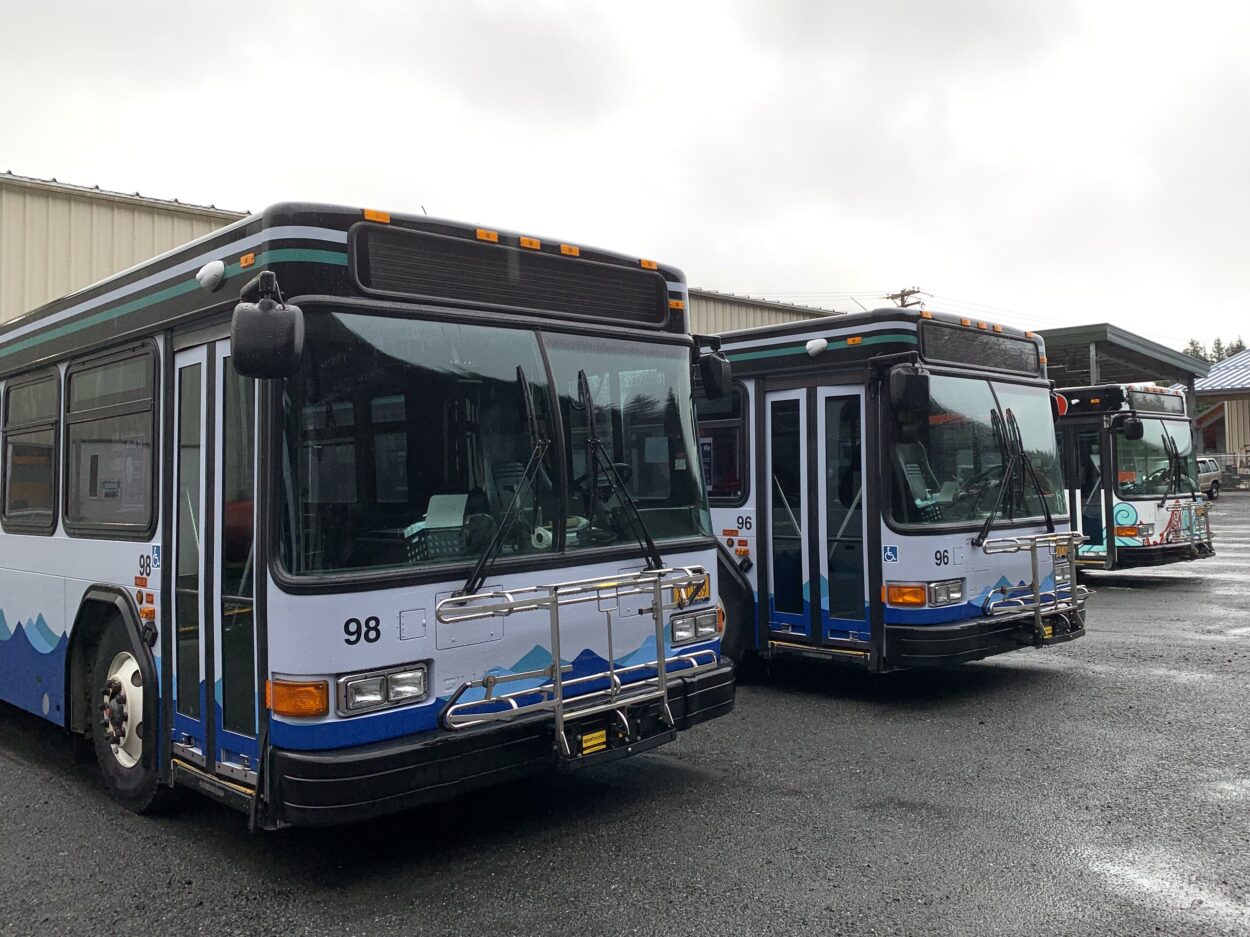 Ketchikan borough officials say they’d like to replace three diesel buses with electric vehicles in the coming years. Ketchikan’s transit director, Kyan Reeve, is scheduled to update the borough assembly on Monday about federal grant opportunities for electric buses. In a report to the assembly, the borough manager says the federal Low or No Emission Grant program could also be put towards a charging station for the new buses.

The grant program is part of a federal effort aimed at electrifying buses all over the country. Juneau’s transit agency got a $1.5 million grant under the Federal Transit Administration program to purchase an all-electric bus and charging infrastructure in 2018. The bus hit the streets last year, though the Juneau Empire reports that city officials have complained of a range issues in cold weather.

The transit director is also scheduled to discuss plans for the borough’s bus maintenance yard and office building. An architecture firm contracted by the borough to plan for the future of the transit agency says the current Copper Ridge Lane site is too small to support the bus system. Welsh Whiteley Architects, which is developing the Transit Center Master Plan, says the bus system needs a property three times as big to support the agency over the next five years.

Also Monday night, the assembly will hear an update on fiscal year 2023 local funding to the school district, and is scheduled to hold a work session to discuss the 2023 budget.

The regular meeting of Ketchikan’s Borough Assembly begins at 5:30 p.m. in the White Cliff Building. Members of the public can weigh in at the beginning of the meeting. The full agenda is available at the borough’s website, where the meeting is also live-streamed. It’s also available on local cable channels.

And on Tuesday, borough officials plan to hold a public meeting to hear suggestions and update the community on a long-range strategy for Ketchikan tourism. The borough formed a community-based public advisory committee to help with the planning process for a borough-wide Tourism Destination Management Strategy. Tourism stakeholders, year-round businesses, Native organizations, community organizations and Borough residents are invited to attend to learn about the planning process and offer suggestions to help shape a shared vision of tourism in the community.  The meeting begins at noon Tuesday in Borough Assembly Chambers.