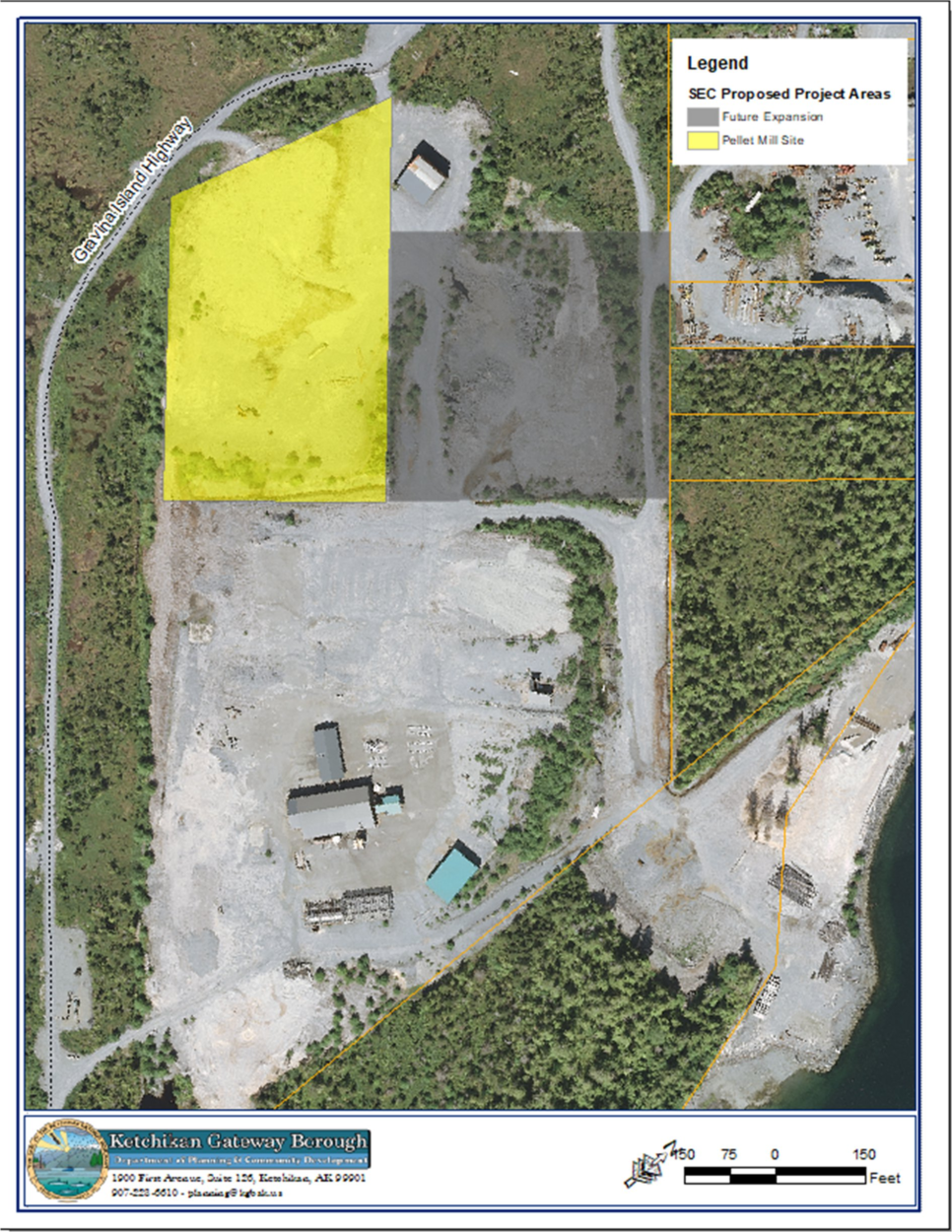 Southeast Conference (SEC) is eying a roughly 5-acre area on Gravina Island owned by the Ketchikan Gateway Borough to be used as a demonstration project on the economic viability of a small pellet mill that it says could be replicated other rural Alaska communities to supply the local pellet market.

The Southeast Conference is proposing a pilot project using wood pellets as an alternative energy source in Ketchikan. The regional civic and business organization has expressed interest in developing a biofuel plant on Gravina Island, and wants support from the borough which owns a 200,000-square-foot parcel.

The Juneau-based nonprofit recently secured $1 million in federal funding through the U.S. Department of Agriculture’s Southeast Alaska Sustainability Strategy for its effort.

“We think that this is a model that could be replicated in many other rural communities,” Executive Director Robert Venables told CoastAlaska on Friday. “But we need a test site for some some research and development of how this model would work and under different operating conditions,” he added.

He’ll be making Southeast Conference’s presentation on Monday, April 4 to the Ketchikan borough assembly to consider a long-term lease on the former mill property to produce wood pellets as a sustainable alternative to heating oil.

Specific terms over a lease of the 5-acre site have not been disclosed.

In a memo to the assembly, borough staff have expressed caution noting that wood pellet-fired boilers have not always performed as well as anticipated.

“The request has many unanswered questions and challenges,” wrote Richard Harney, director of Planning and Community Development. “The borough has championed biofuels
over the last 10 years, with numerous resolutions supporting the use of biofuel instead of oil. However, acquiring enough wood waste to produce locally sourced pellets for the boilers has been unsuccessful.”

(A biofuel project at Coast Guard Air Station Sitka more than a decade ago was ultimately unsuccessful.)

But Venables says it’s worth exploring the concept and he’s optimistic that there are untapped biofuel sources that are often discarded.

“What we see in rural Alaska is a lot of one way shipments of pallets and cardboard boxes that often gets just burned in open pits and create an environmental issue and certainly do nothing to lower the cost of energy,” he said.

Ketchikan’s Borough Assembly meets at 5:30 p.m. Monday in the White Cliff building. There’s time for public comment at the beginning of the meeting. The full agenda is available online, and the meeting is broadcast on the borough’s website and local cable channels.