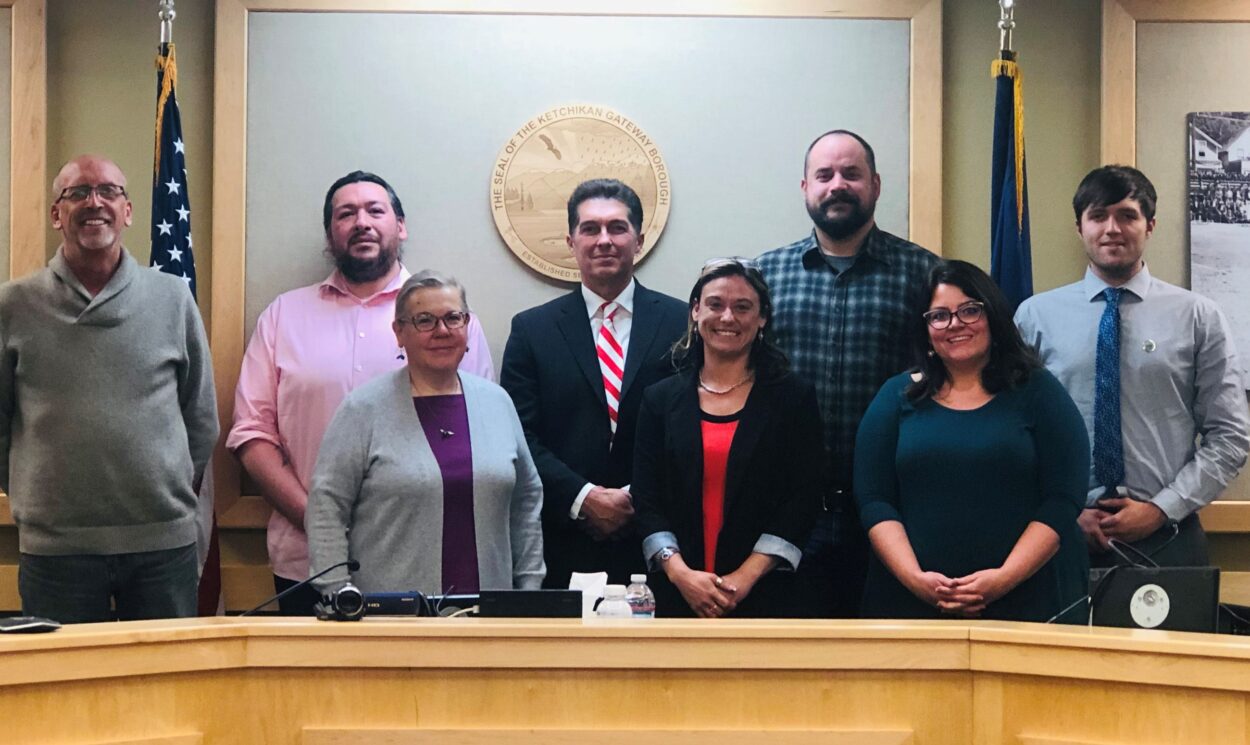 Elected officials in Ketchikan’s borough government have postponed adjusting their compensation. The borough assembly voted unanimously on Monday to postpone advancing an ordinance that would’ve raised their pay for the first time since 1999.

At least one member of the public spoke out against the idea. Mike Painter – a borough assembly member from 2004 to 2016 – told the sitting members that the opportunity to act as public servants should be enough compensation.

“I did it because I, and the people that I sat with did it, because they wanted to try and make this a better place to live,” Painter said.

He also argued that the assembly giving itself a pay raise, even effective after the next election, was a conflict of interest. Borough staff said that because the raises would affect a future assembly as a whole, there was no conflict.

Assembly member Grant EchoHawk — who also serves on KRBD’s nonprofit board of directors, but is not involved in the newsroom — said elected officials shouldn’t be in it for the money. But EchoHawk said a larger stipend would make it easier for people living paycheck-to-paycheck to serve as community leaders.

“My own mother worked two, often three, jobs when I was a kid. And she was somebody that, I think, with the opportunity to serve the public, she would have been there to do it, because a lot of what she did was all very similar type of work — but she didn’t have the opportunity. … Those are the types of folks where we need to make sure they have a seat at the stage,” EchoHawk said.

“I cannot, will not, vote yes on any kind of a stipend increase or pay raise until we evaluate our employees and make right to them their pay,” Bynum said.

The assembly voted to postpone the issue to the May 2 meeting.

Also at Monday’s meeting, Ketchikan’s assembly voted unanimously to rezone a quarter-acre industrial lot along Ketchikan’s downtown waterfront promenade for mixed commercial and residential use. The owners’ architect told the assembly that they’re planning to build stores at street level with housing on the second level.

A previous rezone was rejected in November after neighbors complained that it did not include a height limit. The rezone approved on Monday limits structures to 50 feet tall. It’ll come back for a public hearing and final vote on April 18.

And finally, the assembly rejected by a 1-6 vote a proposal that would have allowed assembly members attending via videoconference to count toward the four-member quorum requirement. Assembly member Judith McQuerry was the lone vote in favor.

Correction: A previous version of this story erroneously said the assembly unanimously rejected changes to quorum requirements. The vote was 1-6.