Ketchikan students among regional finalists in ‘I voted’ sticker contest 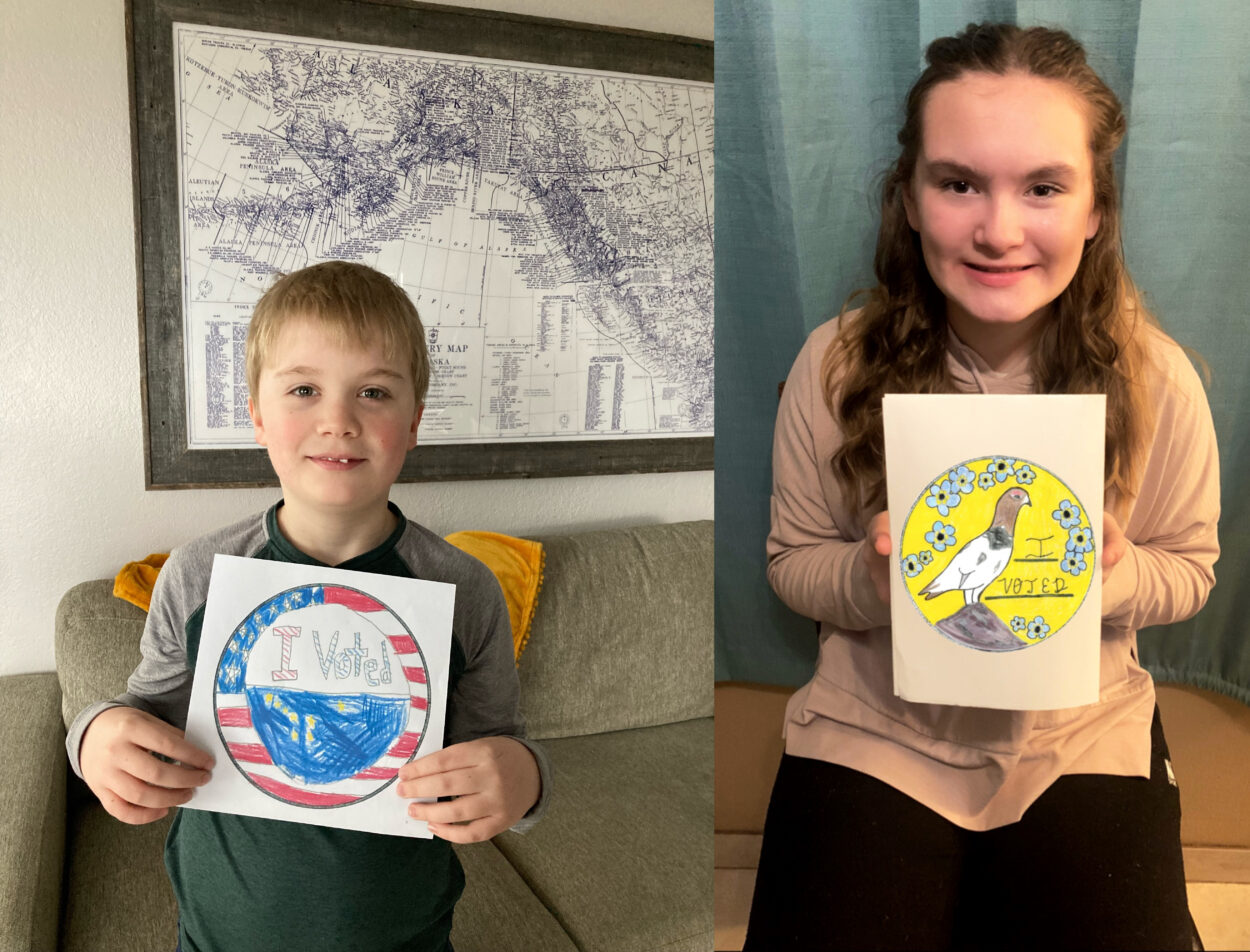 Copeland Loeffler, left, and Keely Nall are finalists in a contest to design this year’s “I Voted” stickers given out at the polls. (Photo and photo illustration courtesy of Jessica Boyer and Chloe Hall)

Two Ketchikan youngsters are vying to have their artwork featured on the “I Voted” stickers given out at the polls. Keely Nall and Copeland Loeffler, both fifth-graders at Houghtaling Elementary School, are among four finalists in Southeast Alaska in the Division of Elections’ art contest.

Nall’s “I Voted” sticker highlights the state’s symbols. A willow ptarmigan is surrounded by blue and yellow flowers.

“Since the ptarmigan is the state bird, it came to my mind to do that, and then I really like forget-me-not, too, and it’s also the state flower, so I did that too, and the yellow is for the stars,” Nall said.

Loeffler’s design features an American flag background with an inner circle divided into two halves. On bottom is a rendition of the Alaska flag, and on top are the words “I voted.” Loeffler says he was inspired by the story of Benny Benson, the 13-year-old who designed Alaska’s territorial and state flag in 1927.

“It represents that Alaska is in America, and represents Alaska’s history,” Loeffler said.

The contest is one of several public election education efforts looking to demonstrate Alaska’s new ranked choice voting system. In 2020, voters narrowly approved a ballot measure that creates a nonpartisan, pick-one primary followed by a ranked choice general election in which voters select their first, second, third and fourth choices for state and federal offices.

Nall and Loeffler advanced as two of the top four vote-getters in an open primary contest. Now, they and two students from Juneau are competing in a ranked choice general election. The winners of the five regional contests will be featured on stickers given to voters.

Alaskans can vote online to rank their favorites at elections.alaska.gov through April 12.