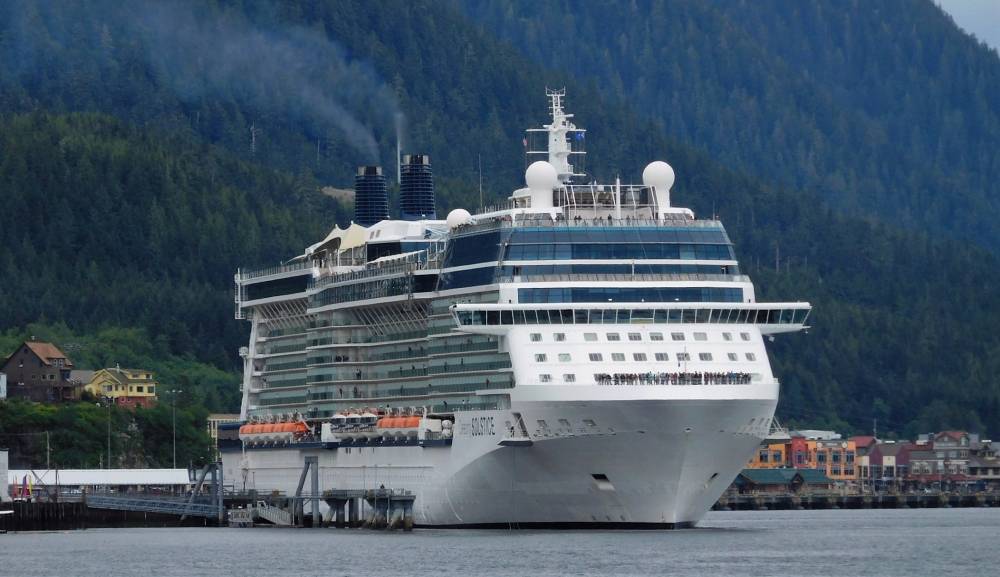 Passengers stand on the deck of the Celebrity Solstice in Tongass Narrows on June 5, 2016. (Ed Schoenfeld/CoastAlaska News)

Officials in Ketchikan are expecting a soft start to the cruise season despite industry projections that passenger numbers could be nearly as high as pre-pandemic seasons.

Earlier this month, an executive with Cruise Lines International Association, or CLIA, told KHNS in Haines that Alaska could expect some 1.5 million cruise passengers to visit this summer.

But that assumes ships would be running at near capacity. Acting Ketchikan City Manager Lacey Simpson told the City Council Thursday that in recent meetings with industry figures, cruise lines are telling officials that their vessels could be more than half-empty at the beginning of the season.

“From what we’ve heard from industry, including CLIA, which is maybe no surprise, the start of the season will definitely be a soft start. The onboard capacities of vessels are much lower than we were initially anticipating,” she said. “This is proprietary information, so lines are not super disclosing of that information, but we’re hearing anywhere from 30% to 50% capacity to start out for the season.”

But Simpson says cruise lines are still optimistic that ships will fill up as the season wears on. She says the industry is expecting ships to be about 90% full towards the end of the season.

The Alaska cruise season kicks off on Monday when the Norwegian Bliss visits Juneau. The Bliss is scheduled to tie up in Ward Cove on Thursday for Ketchikan’s first port call of the year.