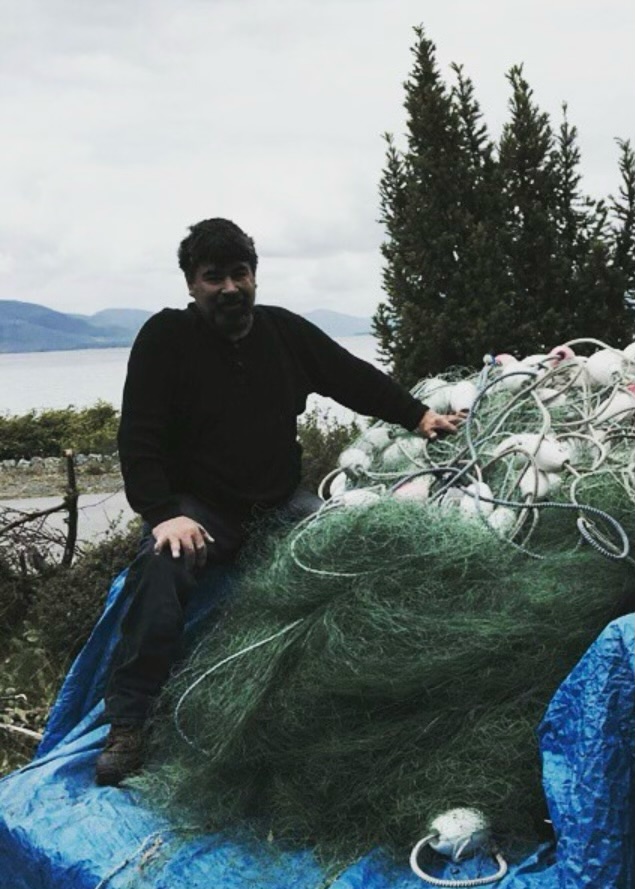 The U.S. Supreme Court declined to intervene Monday in a case over Alaska’s authority to regulate fishing near Annette Island. The legal fight centered on a Metlakatla man charged with illegally fishing in waters just outside the state’s only Native reservation, but it’s not the end of the line for the tribe’s legal efforts to exempt its fishermen from state regulations.

Metlakatla tribal member John Scudero Jr. was fishing for coho salmon near his home on Annette Island south of Ketchikan. He says his recollection remains as clear today as it was eight years ago when he was picked up.

“I was taken in by the Coast Guard, because I was so-called outside of our boundaries,” Scudero said in a phone interview Monday.

He was charged with illegal fishing — Scudero didn’t have a permit to fish in state waters outside the boundaries of Alaska’s only Native reservation. He was convicted and fined $20,000.

Scudero took his case to the Alaska Supreme Court. He argued that the state didn’t have the authority to prevent him from fishing in traditional territory of his tribe. It’s part of a long-running dispute between Metlakatla tribal members and state authorities.

Metlakatla Indian Community members like Scudero argue the 1891 law that created the Annette Islands Reserve guaranteed the tribe a self-sustaining home — and that the tribe can’t sustain itself without fishing in areas near Ketchikan and Prince of Wales Island outside the reservation’s boundaries.

“We’ve been a fishing tribe for the last 120 years, and we continue to fish,” Scudero said.

“It’s not surprising at all. It is disappointing, because I thought the Alaska Supreme Court did a particularly superficial job in analyzing the arguments in this case, most notably the principle of conservation necessity,” Fletcher said by phone Monday.

That’s a principle that says states can regulate tribal hunting and fishing in an effort to preserve fish or game for future generations.

“It’s a really high bar. Nobody — no state’s ever met it before. And the Alaska Supreme Court basically just said that the state of Alaska has an interest in maintaining the resource, and that’s enough,” he said.

But Fletcher says Scudero’s case is far from the last word. The tribe itself, Metlakatla Indian Community, has a similar case pending in the federal Ninth Circuit Court of Appeals which challenges the state’s right to regulate tribal members’ fishing outside the reservation.

“I’d say, as a general matter, it is very much a better vehicle to review these questions,” Fletcher said.

Fletcher says that case could have far-reaching consequences for tribes in Alaska and up and down the West Coast under the court’s jurisdiction. It could give states more power to regulate Indigenous hunting and fishing rights, or offer stricter protections for traditional harvesting.

Reflecting on the high court’s refusal to take his case, Scudero says he’ll be watching for the appeal court’s decision in his tribe’s case. He says it’s about holding the U.S. Congress to the law it passed more than a century before.

“I just want everybody to know, I’m just a messenger. The rights are already there, whether the state or the United States government wants to abide by what they had written,” Scudero said. “Otherwise, their word means nothing.”

A decision in the tribe’s Ninth Circuit case is expected later this year.