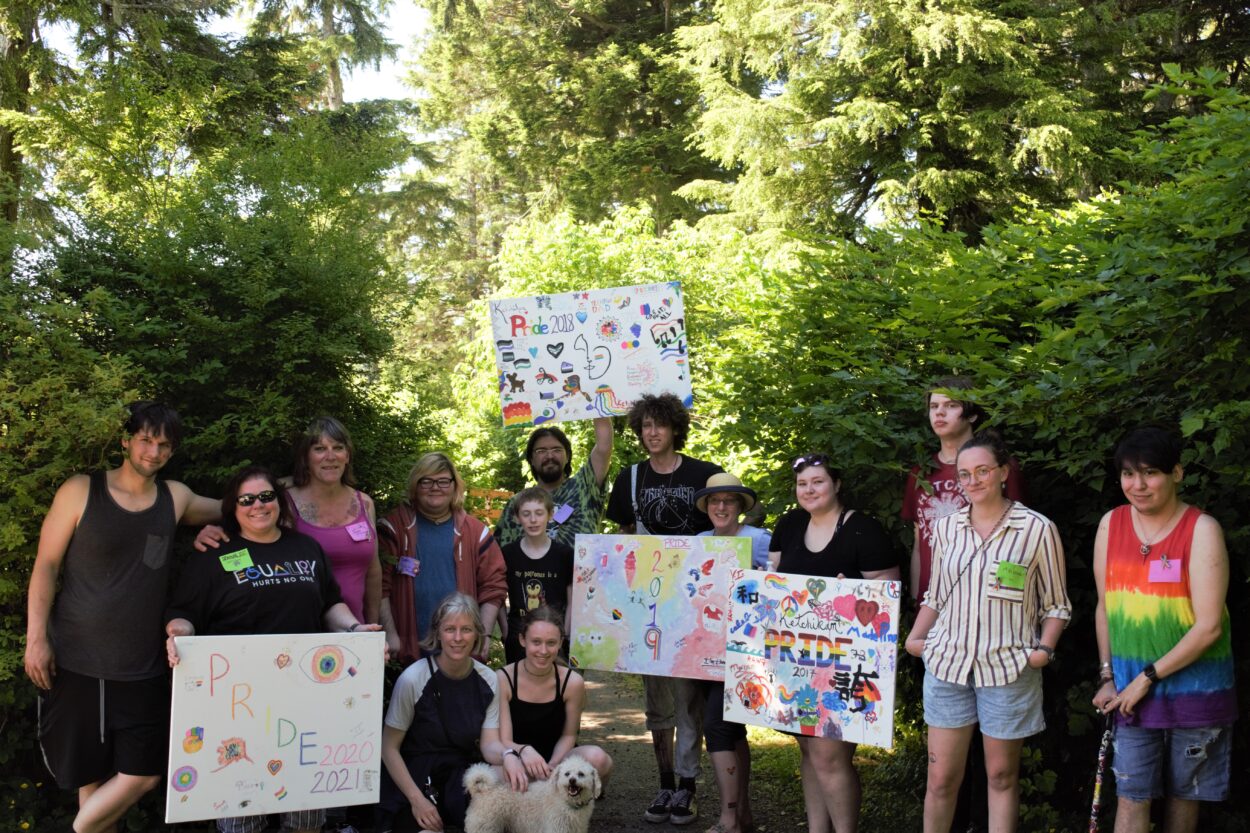 The Ketchikan Pride Alliance told the borough’s grant committee that it hoped to use the money to hold events, create a website and gather data on Ketchikan’s LGBTQ community. But Borough Mayor Rodney Dial said he was concerned that by granting money to the organization, the borough would be funding a political cause.

“We’re now taking and funding a new organization that a lot of people in this community would not want us spending our tax money on, supporting what they see as a social justice issue,” Dial said. “And so I just, I felt that it was a divisive thing for our community.”

Ketchikan Pride Alliance Vice President J.D. Martin said in an interview that the grant would fund three events: the organization’s annual Pride Picnic in late June, plus two other outings yet to be determined — though at this point, she says the group is not planning a parade.

Martin takes issue with Dial’s claim that the group is inherently political. She says the nonprofit’s 501(c)(3) status under the federal tax code prohibits it from weighing in on political issues.

“Nothing that we produce is political in nature, and that’s also very intentional on our part. We think the idea that LGBT people and our identities are inherently political is not correct,” Martin said. “We’re just people.”

Martin says LGBTQ people come from a variety of backgrounds and hold a wide range of political beliefs.

The package of nonprofit grants passed Ketchikan’s assembly 6-0. A five-member supermajority of the assembly could override Dial’s veto.

The Ketchikan borough’s grants committee, made up of two assembly members and three residents, received applications for more than $500,000 in community organization funding. The committee recommended holding funding flat for organizations that had previously received borough money and funding most new applications at 50% of the requested amount. Assembly Member Jaimie Palmer, who sits on the grants committee, defended the Ketchikan Pride Alliance grant.”

“For the Pride Alliance, the idea of the borough’s strategic plan, improving quality of life for all citizens on this island, and they met the requirement of education in wanting to have outreach events, and so that’s where the thinking was there,” Palmer said.

Assembly Member Jeremy Bynum was the only member of the assembly who indicated he would support removing Pride Alliance funding from the borough’s grant funding.

Dial has used his veto power sparingly since he was elected in 2019. But it’s not the first time the borough mayor has objected to issues involving the LGBTQ community: he vetoed a nonbinding resolution in 2020 asking the Alaska Legislature to include gender identity and sexual orientation in the state’s nondiscrimination statute. The assembly later overrode that veto.

In other business, Ketchikan’s assembly voted 5-1 to fund all but approximately $350,000 of the school district’s budget request. Ketchikan’s school board had asked for $1.1 million more in borough funding than the previous year to pay down a deficit in its self-funded health insurance program.

“It seems to me that some happy medium is what we’re looking for,” he said.

The reduction in funding allowed the assembly to pass the school district’s budget without a supermajority vote.

The remainder of the borough’s budget passed unanimously.