Alaska Senate approves budget that would offer $5,500 payments to residents 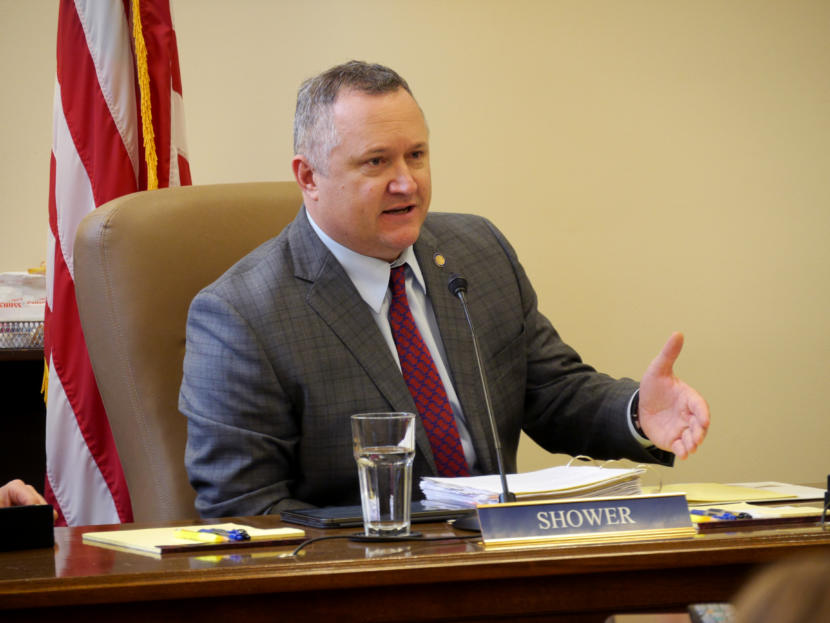 Sen. Mike Shower, R-Wasilla, speaks in a committee meeting in 2019. Shower proposed a budget amendment that passed 10-9 on Monday to provide payouts to residents of roughly $5,500. (Photo by Skip Gray/KTOO)

Alaska’s Senate has approved a budget that would provide $5,500 in payments to residents and draw on savings amid a surge in the price of oil.

The Senate Finance Committee originally proposed Permanent Fund dividends of roughly $2,600 — that’s half of the total draw from the state’s sovereign wealth fund. The total proposed payout to residents rose to nearly $4,000 after the Senate approved an additional payment aimed at offsetting high energy costs.

Sen. Mike Shower proposed hiking payouts further to a total of roughly $5,500. The Wasilla Republican said the proposal would give the Senate room to negotiate the final figure with the House.

“The history has been (that) it gets negotiated down every single time, so that’s the reason I’m saying that I want to see something higher,” Shower said.

Another big-ticket addition to the budget came on Tuesday when a coalition of senators proposed a $280 million package for improvements to the Port of Nome and Port of Alaska in Anchorage, along with road projects in the Mat-Su Borough. Democratic Sen. Donny Olson of Golovin said the state’s share of matching funds for an Army Corps of Engineers’ plan to upgrade the Port of Nome was a critical investment.

“The Corps found that this regional hub port at Nome has the unique opportunity in remote Alaska to improve the viability of numerous Alaska Native communities, strengthen the resiliency of the region, as well as serve as a critical outpost for national security

The original budget proposed by the Finance Committee would have put away $1.2 billion in state savings accounts. But the plan that ultimately emerged from the Senate would take almost as much from savings, according to estimates from committee co-chair Sen. Bert Stedman, a Sitka Republican.

“I can’t call myself a good steward of Alaskans’ money if we’re drawing on savings at 100 bucks a barrel,” Kiehl said.

The budget passed by a 15-5 vote. It now heads to the House. Representatives could concur with the budget or appoint a conference committee to work out the differences between the two bodies’ plans before sending the budget to the governor.