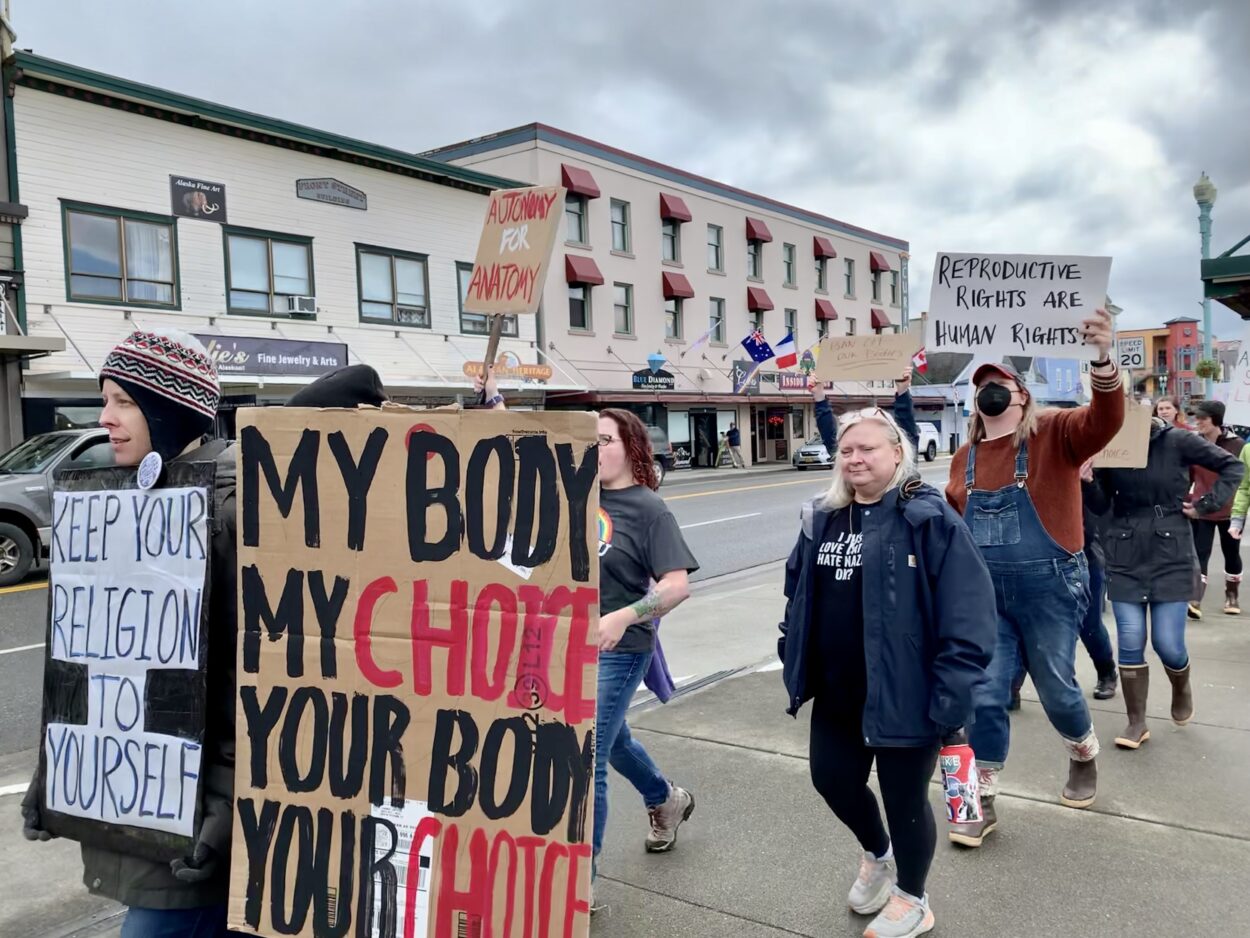 Demonstrators gathered on Ketchikan’s cruise ship docks on Saturday to show support for abortion rights. It was one of hundreds of demonstrations held across the country in protest of a leaked draft of a Supreme Court opinion that would overturn the landmark case Roe v. Wade.

Dani Marcano marched with a few dozen protestors up and down Ketchikan’s busiest street. She says she was devastated to hear that the Supreme Court could overturn Roe v. Wade.

“If individuals in power feel as though they have the right to our bodies, we should be able to stand up and say this is our body, this is our right,” she said. “All of a sudden we’re rolling back the clock. It’s not acceptable.”

Across the street, Hope Call says she was dismayed to hear that the nearly 50-year-old precedent guaranteeing a constitutional right to abortion was in jeopardy.

“I was honestly just disgusted and kind of in shock,” she said.

She says she worries that in a post-Roe world, abortion would be out of reach for those who can’t afford to travel to a state or country where it’s legal. She says already, Ketchikan residents who need an abortion have to travel hundreds of miles to the closest clinic in Juneau.

“It’s the poor women who are raped and who are not having the resources to have safe protected sex — they are the people who need abortions, who need access to them, and they’re being denied,” she said.

If Roe v. Wade is overturned, it likely won’t have an immediate impact on Alaska. It’s one of 22 states where the right to an abortion would be protected by state law — in Alaska’s case, the state Supreme Court says the state constitution’s right to privacy protects the right to an abortion. But that could change: abortion opponents are asking voters to green-light a constitutional convention on this November’s ballot.

Marcano says it’s important to come out and show support for reproductive rights.

A final decision on whether the Supreme Court will overturn Roe v. Wade is expected in June.