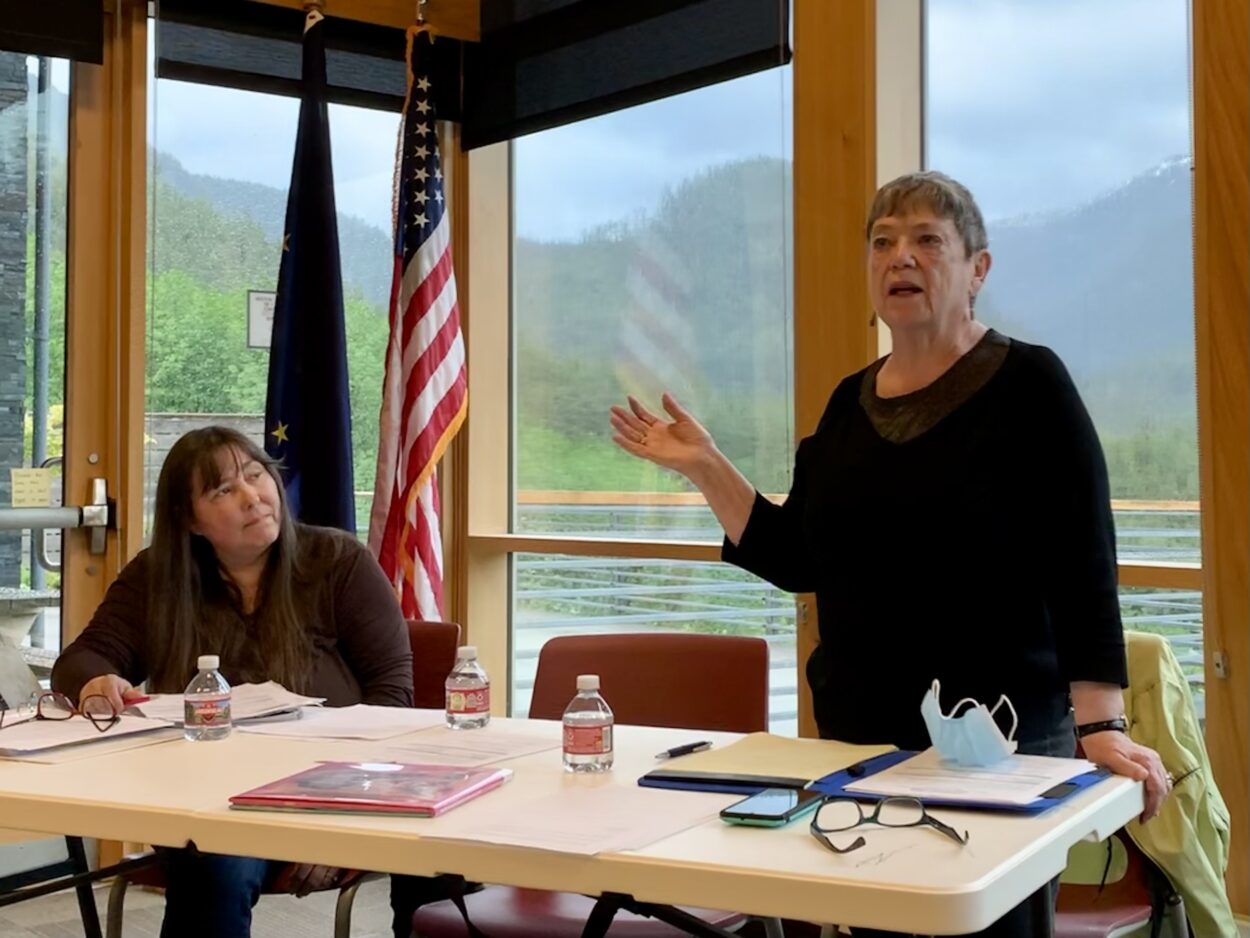 Ketchikan’s City Council will consider next week whether to cancel an event celebrating Pride Month. Residents spoke out Thursday about the local library’s plans to host a Drag Queen Storytime event.

Meetings of Ketchikan’s Library Advisory Board are usually pretty sleepy. But on Thursday, dozens of residents packed a library meeting room.

They were there to discuss the library’s events celebrating LGBTQ Pride Month — especially one known as Drag Queen Storytime. On June 17, a drag queen by the stage name Luna is scheduled to read a book called “The Hips on the Drag Queen Go Swish, Swish, Swish.” The library’s children’s services director is scheduled to read several other books as well.

Along with an LGBTQ-themed reading challenge and a craft bag, the storytime is part of a suite of activities the library is putting on to celebrate Pride Month. Director Pat Tully says it’s an effort to promote inclusivity.

“Part of our mission is to serve the entire community, and so I feel that it’s really important to include especially people who may feel marginalized,” Tully said during Thursday’s meeting.

However, Ketchikan’s City Council is considering whether to cancel the storytime event at the city-run library.

Tully says she asked the advisory board to meet Thursday to take public input and provide recommendations for herself and the City Council.

“This event with a drag queen as the host reader will only bring confusion to children since they don’t understand issues of sexuality yet. They are too young,” the letter read.

But most who weighed in said they supported the library’s plans to host the Drag Queen Storytime and other Pride events. Erin Knight, who identified herself as a member of the queer community, put it this way:

“Having Pride-themed events isn’t about forcing ideas onto kids, but rather about showing our community’s youth that regardless of the person you love, or the pronouns that you use, you matter, you are necessary, you are valuable, and you are loved,” she said. “I’m worried that if the library’s board chooses to cancel their planned events, it will send a new message — one where giving in to ignorance is the path forward.”

The library advisory board didn’t take a formal vote on whether the Drag Queen Storytime should go forward. But all but one of the five board members in attendance said they supported the library’s Pride events. Here’s the board’s chairwoman, June Dahl.

“I think it is so important for every child to know it’s okay to be different, it’s okay to be comfortable in your own skin and live your life without all of this negativism coming at you. So for that reason, I support your activities, Pat,” Dahl said.

The lone dissent came from board member Deborah Simon. She said she thought the Pride events were divisive and inappropriate for children.

“These kinds of things don’t support inclusivity, but rather disagreement. And just as the library should support people’s freedom, it has an obligation to do so consciously and carefully,” Simon said.

Ketchikan’s City Council is scheduled to discuss whether to cancel the Drag Queen Storytime event at its next meeting on June 16, one day before the event is scheduled to take place.