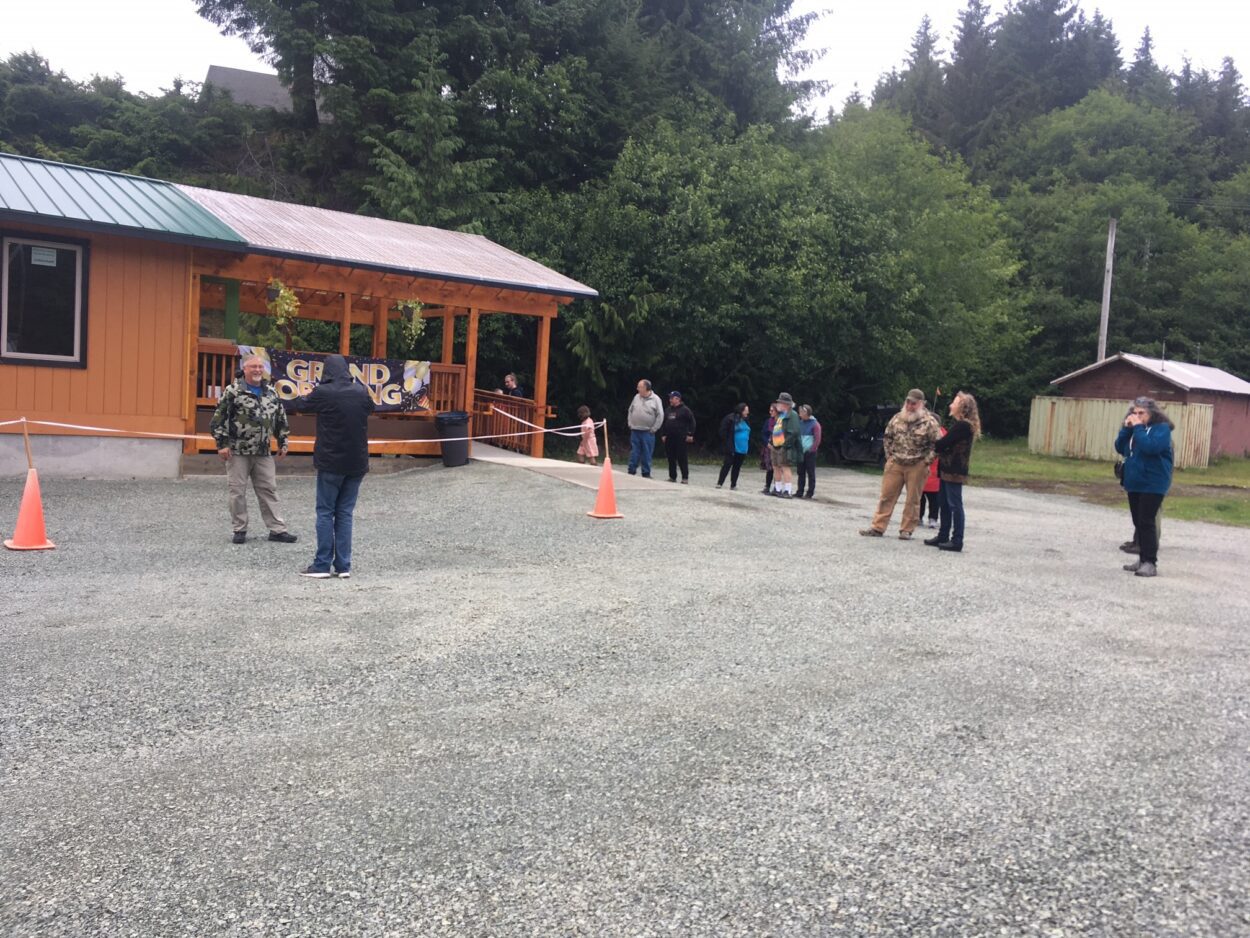 Thorne Bay residents, visitors, and residents from other Prince of Wales Island communities gather outside the new Thorne Bay Library during its grand opening on Saturday. Photo courtesy of Karen Petersen

The Prince of Wales Island community of Thorne Bay finally has a new library. Community members held a grand opening celebration this weekend.

The library will act as a source of 24-hour free public internet, host programs and workshops, and of course, be a place for residents to gather and read good books.

Until 1999, there wasn’t a library in Thorne Bay, says Friends of the Library Chair Karen Petersen.

“We used to get all of our books and videos and magazines in the mail from the State Library out of Juneau,” Petersen said.

Thorne Bay’s first library was set up in a former Ketchikan Pulp Company office building along the waterfront. Around 2005, the library moved into an old trailer that had previously housed a school in Naukati.

And ever since, it’s been a goal of the community to improve the library. Petersen says that libraries used to be funded with state resources, but that’s changed.

“But the state of Alaska, you know, for the last seven or eight years has not had a lot of money,” Petersen said. “And there hasn’t been any funding through the state for public libraries.”

And so through bake sales and auditions and raffle tickets and campaigns, the community raised $160,000 for a new building.

Petersen says they set their eyes on a modular-style building with about 30% more space than the current library.

“(In the) Naukati school building, one half of the library was the children’s area, reference was in the hallway, the Alaska material was in the bathroom,” Petersen explained. “And in the other room was the adult and non, you know, adult fiction and computer area. So definitely we increased our space and it’s actually purpose built space, right? It’s built to be a library, so it looks like a library it feels like a library.”

Laura Clark has been Thorne Bay’s librarian for three years. Writing to KRBD, Clark said the building is ADA compliant and features a meeting room for reservation, laptops for use and a designated children’s section.

“By doubling our square footage, we have so much more to offer, just day to day,” Clark wrote in the email.

But Petersen says it was hard to find a company willing to take on the task of designing it and getting it to Alaska. That was until January of last year, when Timberland Homes in Auburn, Washington took on the job. But then they saw the quote from Timberland. It came in $100,000 higher than what the community had raised. So Petersen says the Friends of the Library started calling around for more help.

“But we called Rasmuson Foundation,” she said. “And they were really impressed with the amount of money that we had raised so far, and they said they could help us with the difference, plus a little bit for shipping.”

So, in early October, the building was loaded onto a barge and shipped from Washington to Thorne Bay in two pieces. Petersen says it was barged in during a storm. 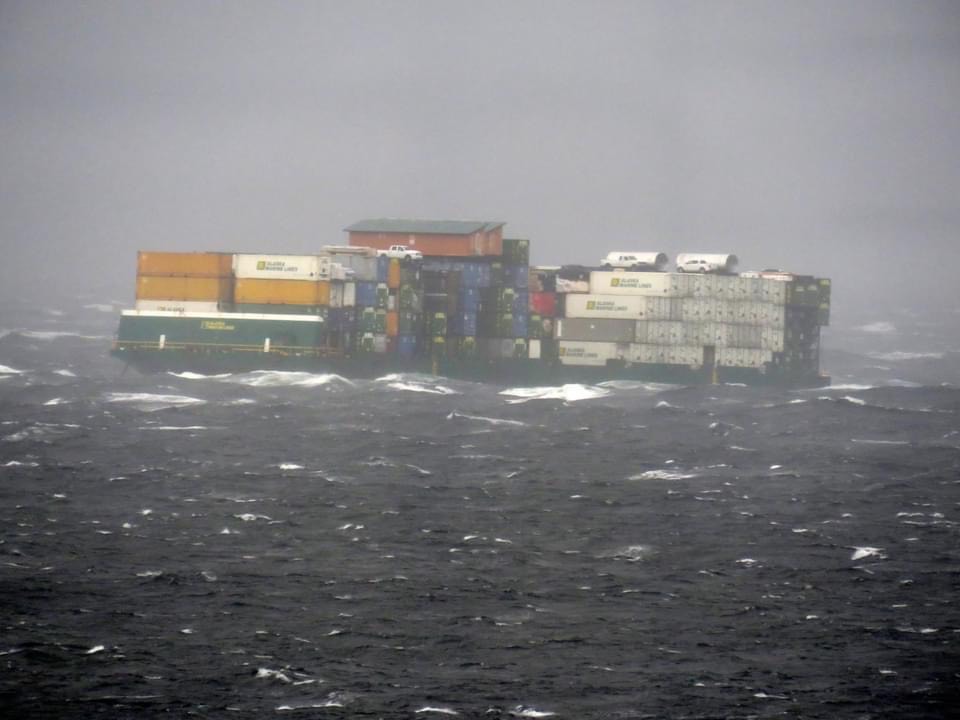 Once it arrived, she says it was a community effort to transfer everything from the old building — even Thorne Bay’s basketball team pitched in to move all the shelves and books in the library’s collection.

Then, finally, the library was ready to open its doors. On a stormy Saturday, Petersen says some 60 people turned out for the grand opening.

“We had folks from Thorne Bay, visitors to the community, and folks from other other communities on the island there,” Petersen said. “So it was great.”

The Thorne Bay Library is open for business and staffed by volunteers. Petersen says people can sit and use the free internet connection on the covered porch while the building is closed.