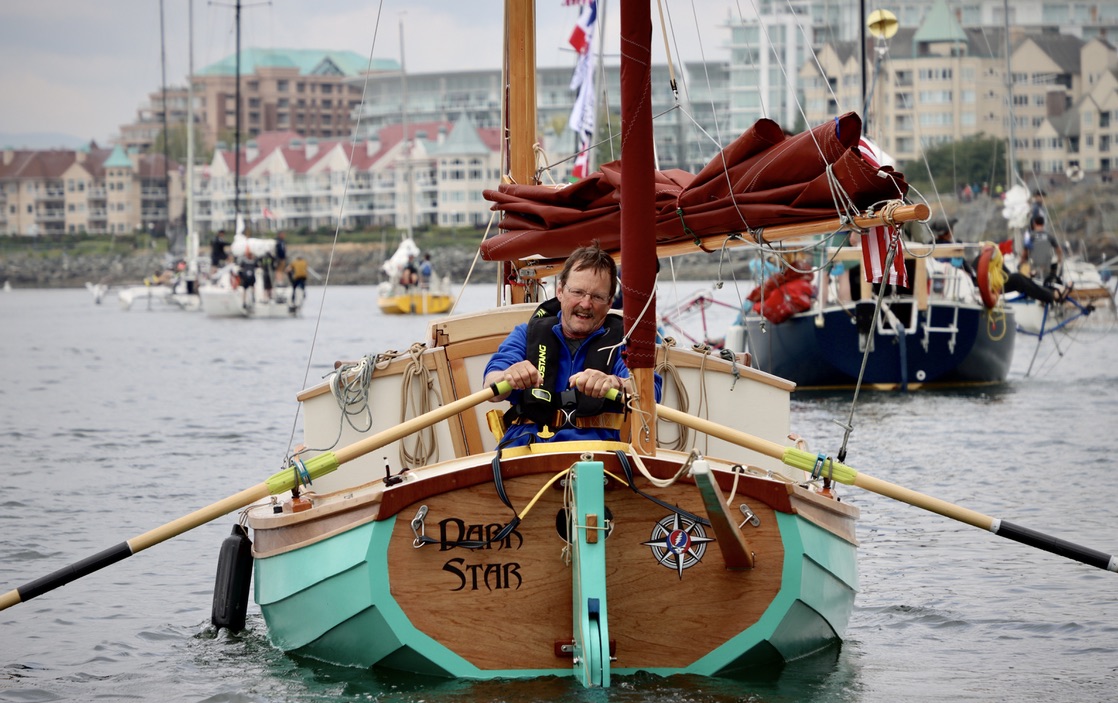 Doug Smith, the captain and sole crew member of Team Dark Star from Talkeetna, Alaska, rows his 17-foot Pathfinder near the start of the second stage of the Race to Alaska on Thursday. (Photo by Zach Carver via Northwest Maritime Center)

Sailors, rowers and paddlers raced down the piers in Victoria, British Columbia this morning, ditched their dock lines and set off on the 700-plus-mile final leg of the Race to Alaska.

It was what organizers call a “Le Mans” start, with the 30-odd teams gathered above the docks waiting for Race Boss Daniel Evans to blow the horn.

But first, Evans offered a few words of encouragement to those crazy enough to attempt a self-supported, human-powered journey along the unforgiving Northwest Coast.

“You’re doing something most people in the world couldn’t even comprehend. What you get to do has never been done before — because each and every one of us creates a story unique,” Evans said. “I hope we get to tell that story for you. I hope we get to celebrate this as you go into uncharted territory. This is the best part of our humanity — when we get to come together and celebrate each other and we get to race to Alaska.”

The moment was shared on the Race to Alaska’s social media.

Crowds cheered as the racers dashed to their vessels and made their way out of Victoria Harbor. They used paddles, oars, pedal-wheels and grit alone because sailing is forbidden within the harbor. 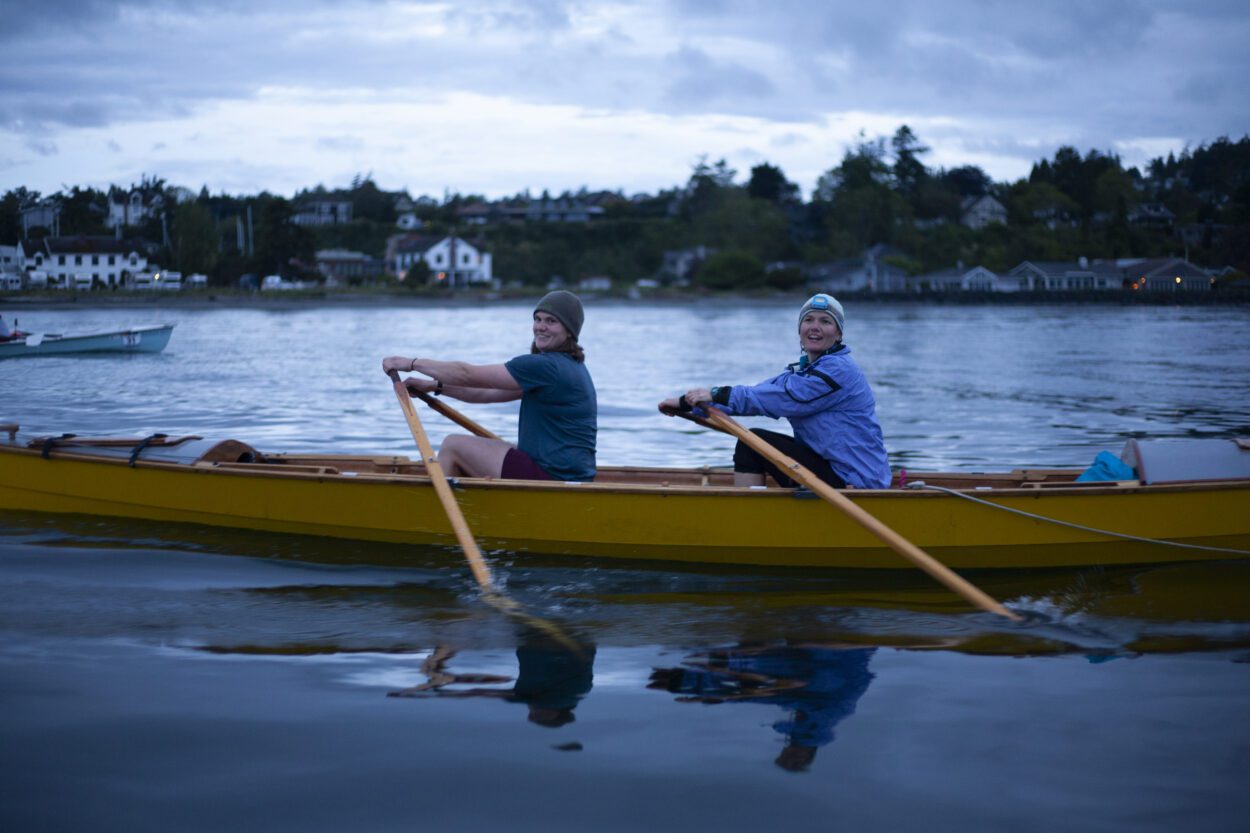 This year, for the first time, some pre-approved, ocean-ready teams have the option to face the wind and weather of the Pacific and travel up the west coast of Vancouver Island instead of the usual Inside Passage. Eight boats were approved for the outside route.

But when decision time came, just three turned toward open water: the Kootenay Pedalwheelers, Elsewhere and the winners of the first stage, Pure and Wild. That could prove advantageous if the sailors are able to capitalize on heavier, steadier winds on the outer coast. But that’s only if the wind cooperates.

With light winds in the hours after the start Thursday afternoon, two rowboat teams took an early lead. Let’s Row Maybe? and Don’t Tell Mom each cleared about 60 miles in the race’s first seven hours.

Only 640 or so miles to Ketchikan.

You can follow along with the racers on a tracker at r2ak.com.