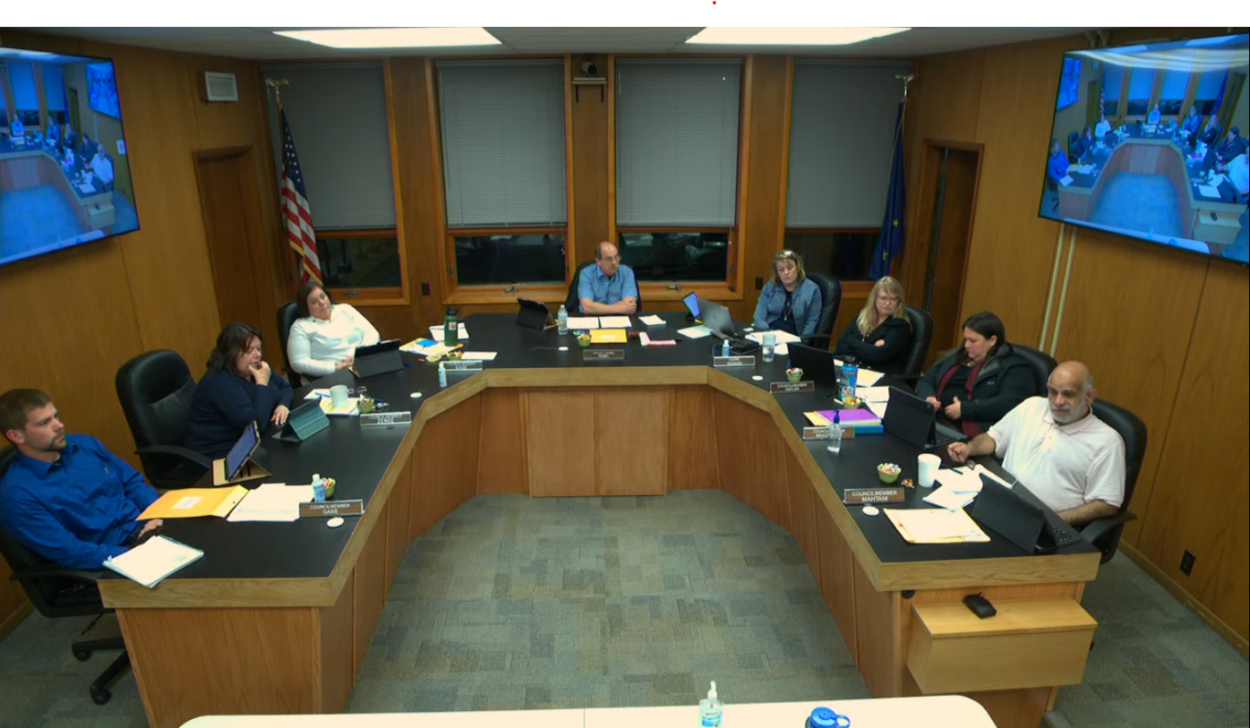 It’s been the subject of significant controversy. Ketchikan City Council Member Riley Gass asked the council at two separate meetings to cancel the event, including on Thursday.

“Why do some feel the need to push the sexualized, unnatural ideology on two children at such a young age? And why is this being pushed to take place in the city-owned library?” Gass asked.

Dozens of people turned out to discuss Gass’s proposal on Thursday, with some attendees spilling into the hallway outside the council chambers. Testimony on the issue was split nearly evenly.

Like Gass, many opponents of the storytime said they were concerned that the event could harm children. Resident Tamela Cegelske was among those who asked the council to cancel the storytime during public comment.

“I think this drag queen story hour is really inappropriate,” she said. “It sexualizes children, I think, grooms children and indoctrinates children.”

That argument didn’t hold water with many on the council, including Judy Zenge.

“If you’re that worried that seeing a bit of glitter’s going to change your child sexually, then yes, you should probably stay home,” she said. “I’m not going to support this because I think it’s very discriminatory. And I really am embarrassed to be sitting here, knowing that we have to deal with this.”

Resident Ryan McHale also pushed back against the idea that the drag queen event could be harmful to kids during public comment. He said much of the criticism played on homophobic tropes.

“Anti-LGBTQ+ discourse is often framed around the vulnerability of children. There have been accusations of child grooming, indoctrination, manipulation, pedophilia, attempting to sexualize children and promote sexualized content with no factual basis beyond ingrained prejudice shielded behind a vague reference to safeguarding children,” McHale said.

“Removing this drag queen event at the library would be a direct violation of the Ketchikan antidiscrimination ordinance and a civil rights violation,” Gage said.

Ketchikan’s city attorney went further in a memo to the council prior to the meeting. He suggested canceling the event could violate the state’s civil rights law and the First Amendment in addition to the city ordinance.

The final vote was 5-2 with votes from Gass and Council Member Jai Mahtani in favor of canceling the event. Like Gass, Mahtani said he was concerned the event could harm children.

“I’d like to err on the side of caution here,” he said.

Though the storytime will proceed as planned, the fight on the issue doesn’t appear to be over. Ketchikan’s Borough Assembly will consider Monday whether to place a question on the October municipal ballot that would eliminate borough funding to the library because of the drag queen storytime controversy.

Disclosure: City Council Member Jai Mahtani serves on KRBD’s board of directors, which does not direct news coverage.