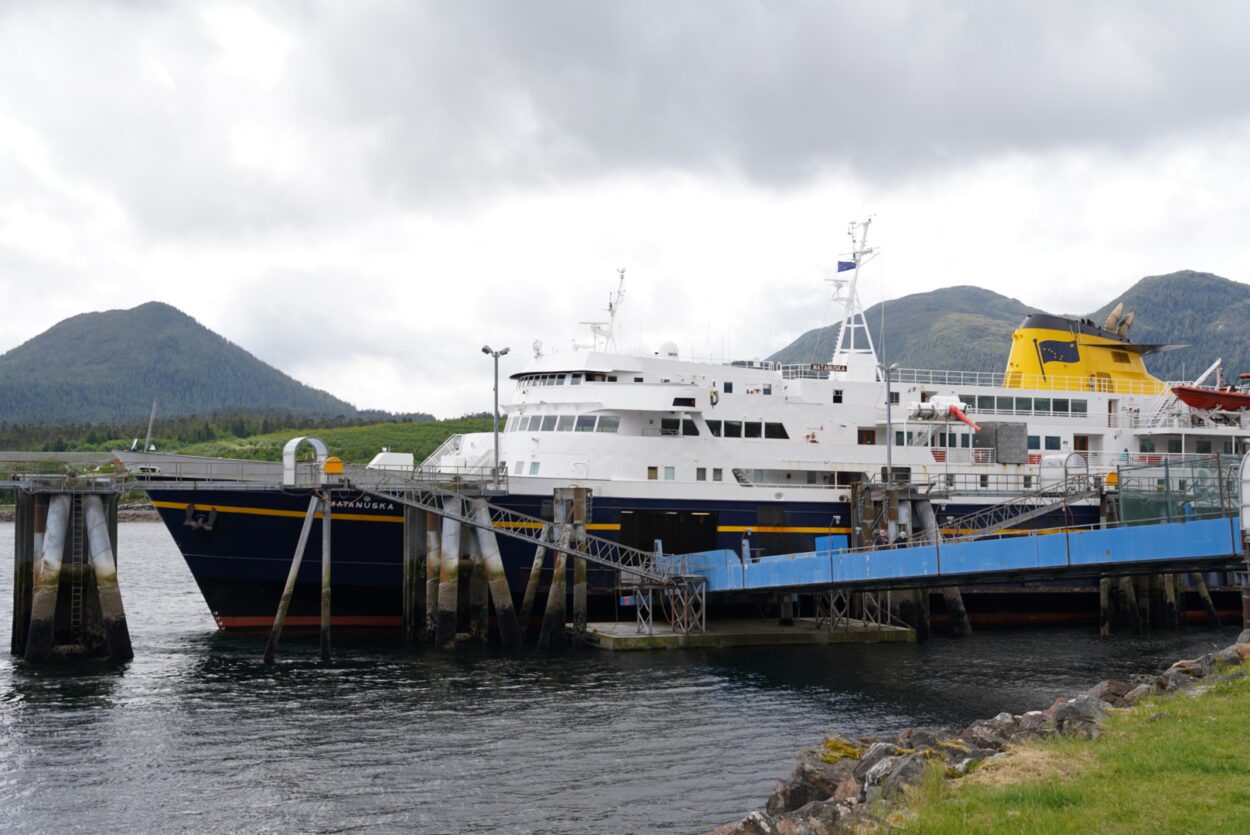 Southeast Alaska’s ferry link to northern British Columbia resumed on Monday after nearly three years out of service. KRBD spoke with some passengers waiting to board the first state ferry to Prince Rupert since 2019.

For Lindsay Swaim, the return of the Prince Rupert ferry route means she can see family again.

“It means everything to me. I can go down and visit my grandma, who I haven’t seen in over two years,” she said while waiting to board on Monday.

Her parents are in Prince Rupert taking care of her grandmother, who’s in her 90s. Swaim says without the ferry, travel was impractical.

“In order to see her I’d have to fly to Seattle, Seattle to Vancouver, Vancouver all the way to Prince Rupert on a prop plane and that’s just pretty ridiculous — and a ferry can go there in six hours,” she said.

Swaim was one of the 83 passengers who rode the ferry Matanuska to Prince Rupert on the first run since ferry officials put the route on hold in September 2019 over a dispute over whether U.S. Customs officials could carry firearms. But now, after some security upgrades and other renovations at the terminal, the route is back on.

Scott Milner is another passenger waiting to board outside Ketchikan’s ferry terminal. He says the return of the shortest ferry route connecting Ketchikan with the North American road system means he can take his eight dogs to agility competitions down south again.

“Probably the most famous is Bolt, who won the United States Dog Agility pairs competition at their world games in Phoenix, Arizona in 2016,” he said. “Angus is an AKC Masters agility champion, and then we have two new puppies that we’re just training up, and that’s kind of what this trip’s about.”

He’s planning a month-long road-trip through Canada and several states with his four Chihuahuas and four Shetland sheepdogs. 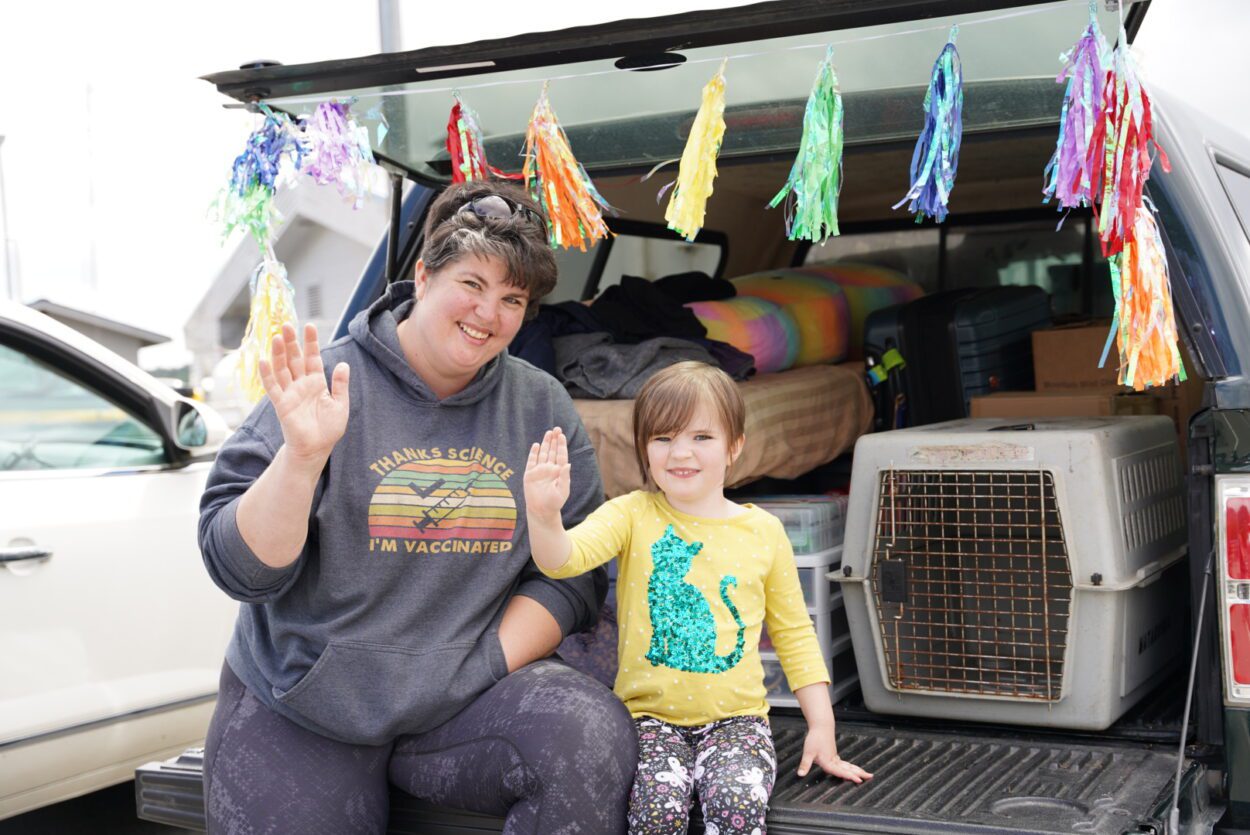 Donita O’Dell and daughter Merit wave to the camera as they wait to board the Matanuska, bound for Prince Rupert. (Eric Stone/KRBD)

Donita O’Dell is also planning a road trip. After driving down to Seattle for a doctor’s appointment, she says she’s planning to drop off a vehicle at a family member’s house in Idaho in preparation for another trip next month. She says it’s her four-year-old daughter Merit’s first time on a state ferry.

“These are the kinds of experiences it’s pretty hard for us to be able to give her, because we definitely can’t afford to put a trailer and the truck going down to Bellingham, and then take two weeks for a family vacation and then come back up,” she said.

State Rep. Dan Ortiz was also aboard the first run to B.C. The Ketchikan independent says the return of the Prince Rupert route is a big deal for Southeast Alaska.

“For lots of reasons — history, culture, the whole thing. Prince Rupert has been an important part of the total package that the Marine Highway System has offered over the years,” he said. “And when it wasn’t there, boy, did I hear about people missing it.” 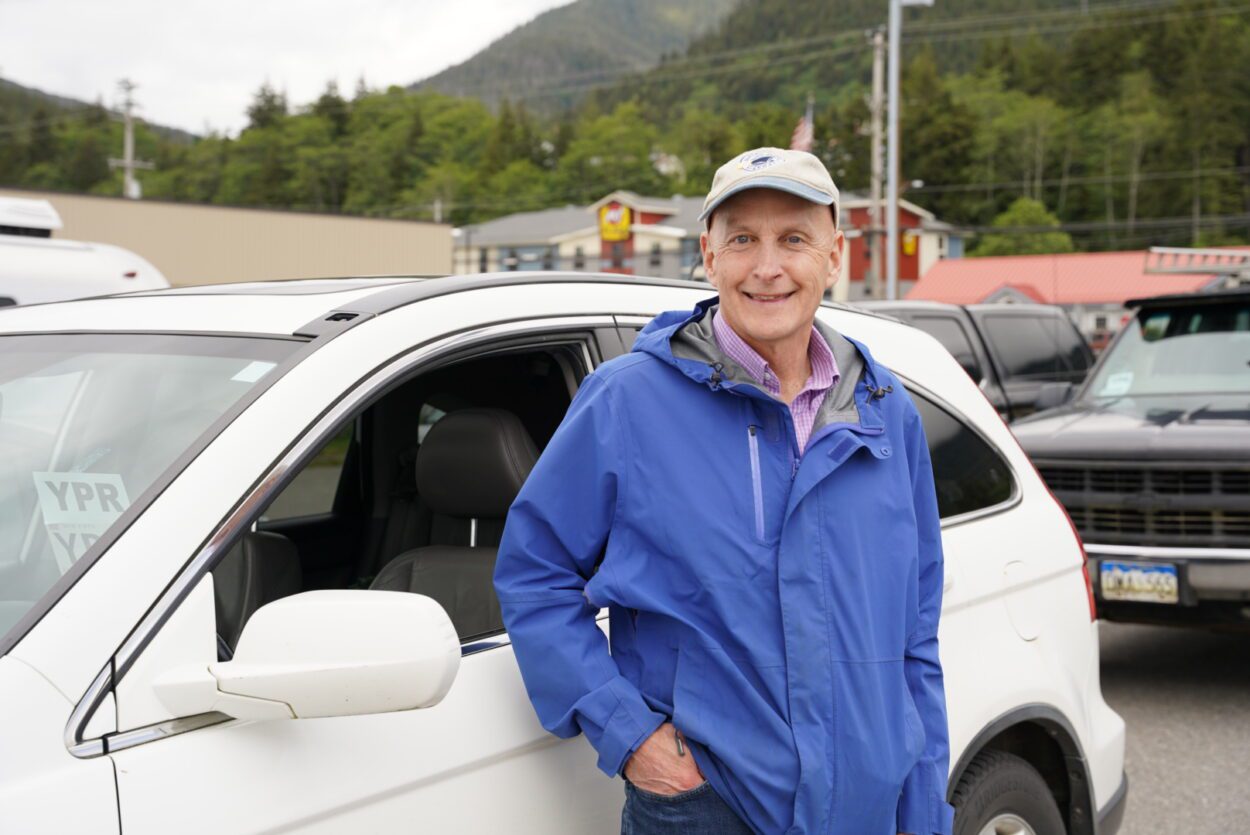 State Rep. Dan Ortiz (I-Ketchikan) poses for a photo while waiting to board the first Alaska state ferry to Prince Rupert, B.C. since 2019. (Eric Stone/KRBD)

Ortiz says it’s also a way for him to visit constituents — he plans to visit the tiny hamlet of Hyder for the first time in two years.

Everyone KRBD spoke with was glad to see the Prince Rupert route back online. But there’s one consistent complaint: residents say they wish there were more runs. There are just seven round-trip voyages scheduled through September, or about two a month.

State transportation officials say they’re hoping to schedule more frequent calls after some ships are overhauled and brought back on line.

“When the Summer 2022 operating plan was developed, placeholders for Prince Rupert were inserted in the schedule while we continued working out preclearance issues with U.S. and Canadian Customs. With our limited fleet and crew numbers, this twice-monthly schedule is an incremental improvement, and as AMHS works to hire on more crew and get more ships operating, service to Prince Rupert can be increased in future schedules,” DOT spokesperson Sam Dapcevich said in a statement.

The fall and winter schedule is due out in August.