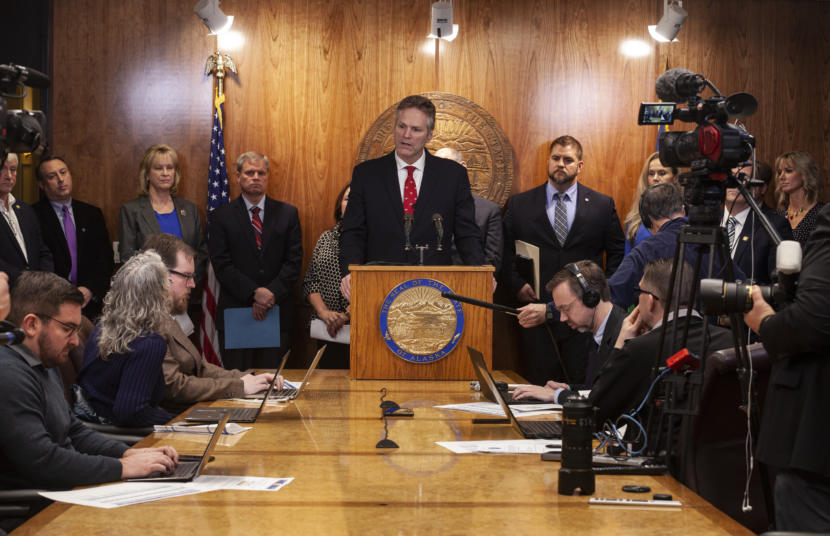 Gov. Mike Dunleavy visited Ketchikan last week. He, chief of staff Randy Ruaro and Fish and Game Commissioner Doug Vincent-Lang sat down for an interview with KRBD reporter Raegan Miller. Among the wide variety of topics they covered was a bipartisan measure that passed the Alaska Legislature last month that would have the state recognize Alaska’s 229 tribes. Miller asked Dunleavy whether he thought the state should join the federal government in recognizing the unique role that tribes play in the state’s history and future.

Click below for an extended version of the interview.