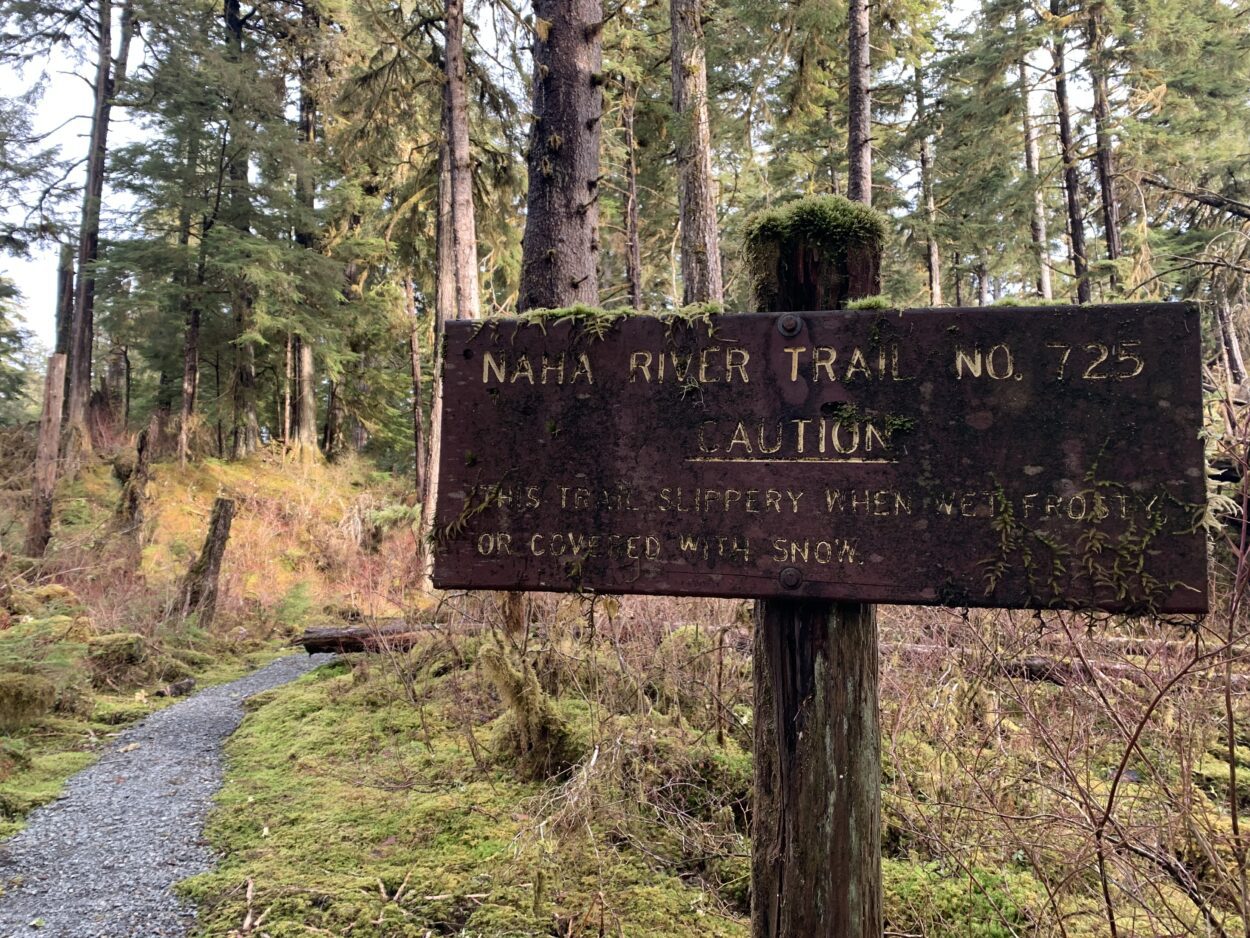 A sign cautions hikers of slippery conditions on the Naha River Trail north of Ketchikan on Feb. 20, 2022. (Eric Stone/KRBD)

Just a boat ride and a short hike away from Ketchikan lies Orton Ranch, tucked against Roosevelt Lagoon and surrounded by U.S. Forest Service lands.

“Well, it’s been a number of years on the wish list,” Bennett said.

KIC purchased the property from the White Cliff Church. KIC did not release the purchase price but Bennett said “anywhere with five species of returning salmon is priceless.”

The Southern Baptist congregation held summer camps at the property. The last Orton Ranch camp update made on the church’s former website announced camps in 2018. The church could not be reached by phone on Wednesday.

Bennett said the tribe hopes to start holding Culture Camp there next summer. She also said the knowledge shared at the property isn’t just for kids, and that it’s an opportunity for everyone to learn.

But that would be after the needed restorations.

She explained crews will need to upgrade the wastewater and water treatment facilities, as well as some buildings.

Work also will begin on the Naha Trail, the hike that leads to the property, through the Federal Lands Access Program Transportation Grant. That $850,000 went to KIC in partnership with the Forest Service. The grant will be used to update the Naha trail and a nearby dock.

Bennett said she thinks the space could even be used year-round.

“It’s so close, too, there’s things that you can do in winter, too,” she said. “It’s a good place where people want to go, you know, and just learn our ways of life out there on the land.”

Bennett said KIC also hopes that when the area is renovated, there will be a way to invite all community members into the area, outside of Culture Camp.

Editor’s note: A previous version of this story misattributed quotes to KIC President Trixie Bennett. The story has been corrected with an interview conducted Thursday, after this story was first published.