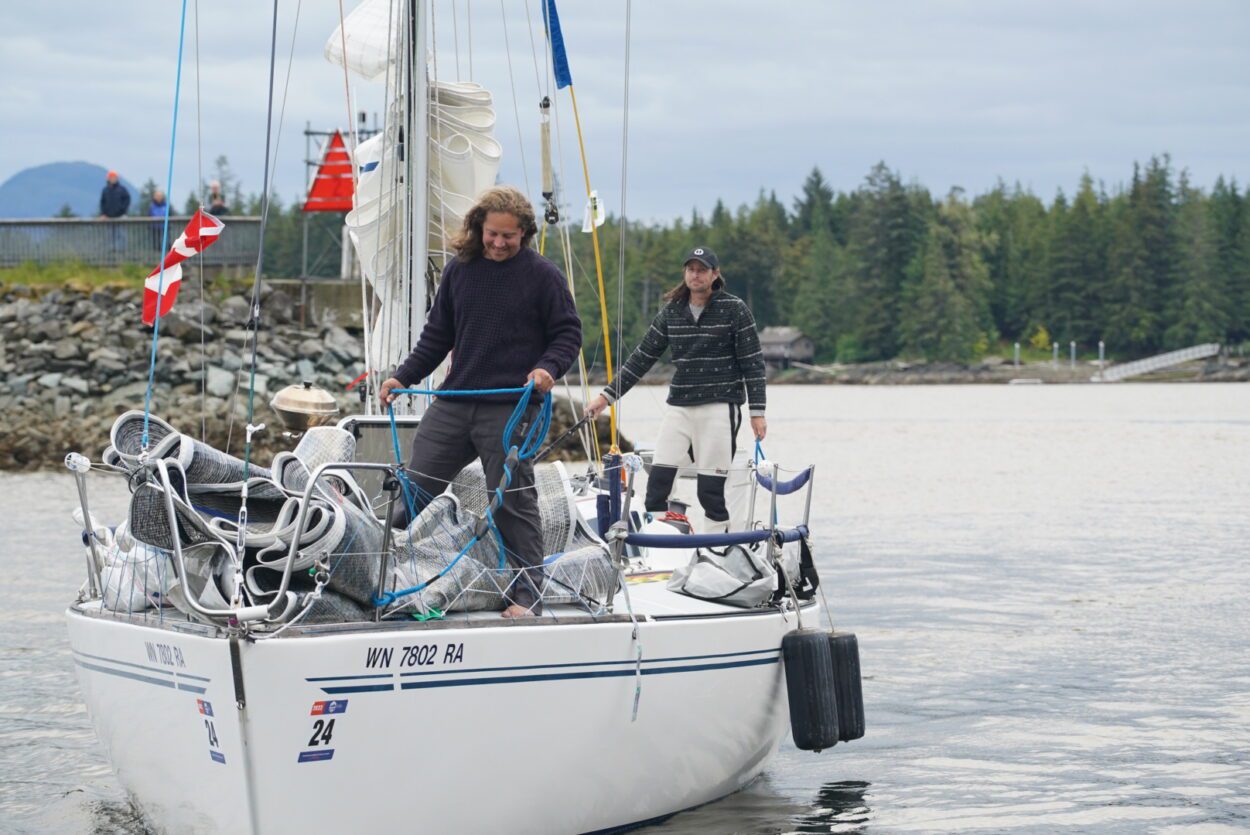 Four more teams crossed the Race to Alaska finish line in Ketchikan Wednesday night and Thursday morning. It was a four-man crew from Friday Harbor, Washington that claimed the race’s second-place prize: a set of steak knives.

“STEAK KNIVES!” was the cry as Team Elsewhere celebrated their second-place finish in the Race to Alaska. The team cruised into Ketchikan Wednesday evening, crossing the finish line just after 5:30 p.m., just over two days behind the first-place finishers. Crewmember Josiah Ball told a crowd of onlookers that the last 36 hours were a bit of a nail-biter as they fought for second place.

But with little wind at the time, the sails on the 33-foot Soverell monohull weren’t much help. So teammate Martin Gibson says they turned to human power.

“We started doing 30-minute pedal schedules, where you’re on 30 minutes just pedaling, and rowing, too — we have two people pedaling and one person rowing and then one person driving through the kelp,” he said.

And in the end, it paid off — at least to the extent that winning a set of steak knives counts as paying off.

Like the first-place team, Pure and Wild, Elsewhere took the outside route, west of Vancouver Island. Some teams were approved for that route this year while others must stay in the inside passage.

The third-place finishers, Team Fashionably Late, were the first to arrive among those who took the traditional inside route. They arrived just after 11 p.m. Wednesday.

Several more sailing teams are due to finish in the coming days.

Among those who are relying on human power alone, two rowing teams — Don’t Tell Mom and Let’s Row Maybe — lead the pack. As of Thursday afternoon, they’re near the northern tip of Vancouver Island, about 350 air miles from Ketchikan.

You can track all the teams at r2ak.com.