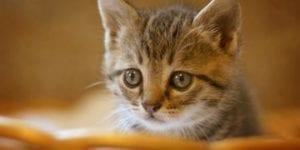 Veterinarians from a national charity organization are coming to Prince of Wales Island next month to spay, neuter and vaccinate as many pets as they can — for free.

Good Fix is part of Greater Good Charities. The nonprofit organization focuses on providing free spay and neuter services to communities that need it most. The goal is to control the burden on shelters and reduce overpopulation.

Ruth Parkin is Greater Good’s veterinary medical director. She said that Marna Hall, a veterinarian at Island to Island Veterinary Clinic in Ketchikan, reached out to her with concern about the pets on POW.

“I did some relief work for her a few years ago and met some of the folks there from the Ketchikan Humane Society,” Parkin said. “And they approached me earlier this year about coming over to help in Prince of Wales.”

So a crew of veterinarians and technicians is making the trip to POW next month. Anyone can bring their cat or dog to be sterilized for free. Parkin said the organization’s goal is set at 400.

“But we are open — we’re not going to limit the amount of people that can come in,” she said.

Parkin said crews also plan to trap some of the island’s feral cats in an attempt to control the population.

“We’re identifying areas over there where they think that there are cats that are forming colonies that we can, hopefully, trap them and try to control the population that way, through humane trapping and sterilization and then releasing them back to that slot,” Parkin explained.

Microchipping, vaccination and parasite control also will be available from Good Fix. Parkin said the clinic will run from August 11 through August 14. A location has not been set yet.

Prince of Wales Animal Welfare Society is hosting the clinic.