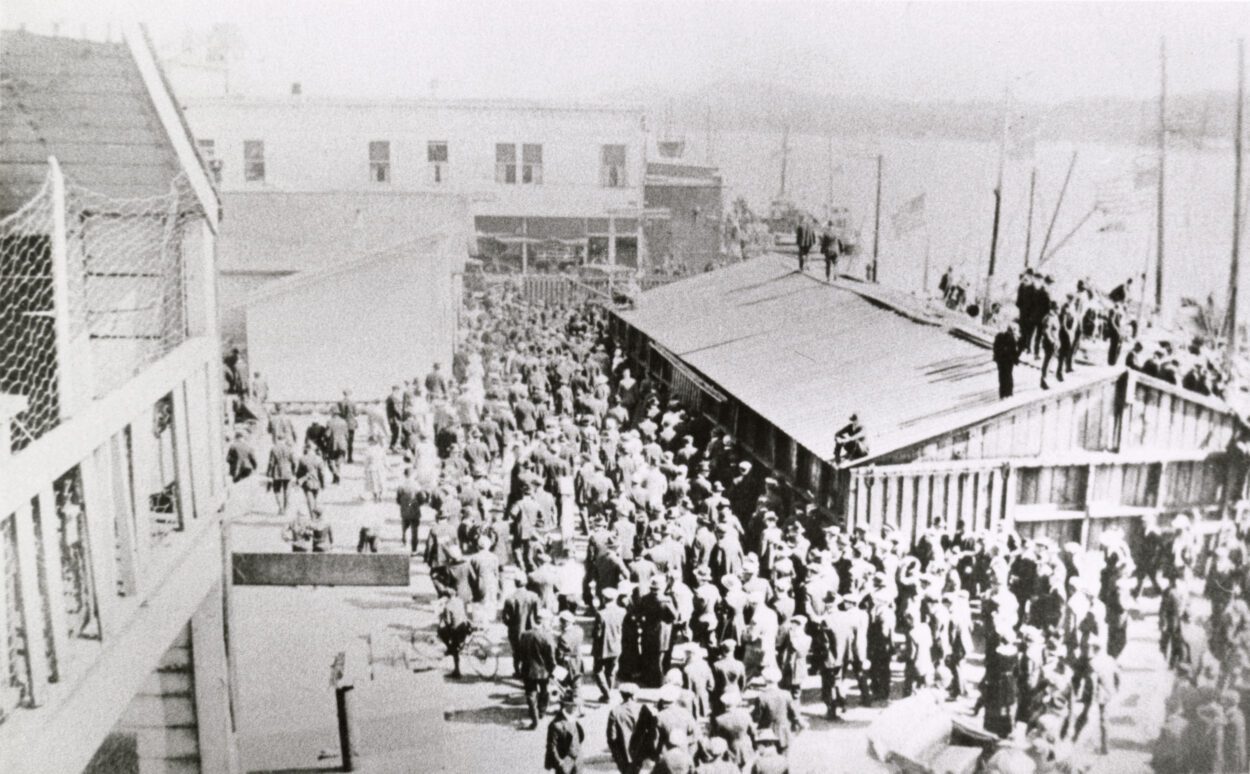 Sunday marks the 100th anniversary of the arrival of commercial aviation in Alaska. In 1922, pilot Roy Jones landed his amphibious plane Northbird in Ketchikan’s Tongass Narrows. Jones went on to take passengers all around Southeast Alaska.

The Northbird was a sight to behold. The open-cockpit biplane looked a little like a cross between Wright Brothers’ famous aircraft and rowboat. The Navy surplus flying boat featured two wicker seats and an engine scrounged from a World War I fighter plane.

And its pilot? Roy Jones, an Army Air Corps veteran who saw opportunity in Ketchikan, and, on July 17, 1922, landed in the Tongass Narrows with plans to start the state’s first commercial air service.

“He had a dream,” said, Don Dawson, a director of the Tongass Historical Society tracking Alaska aviation history. “And his dream was to bring aviation, commercial aviation, to serve Alaska. “ 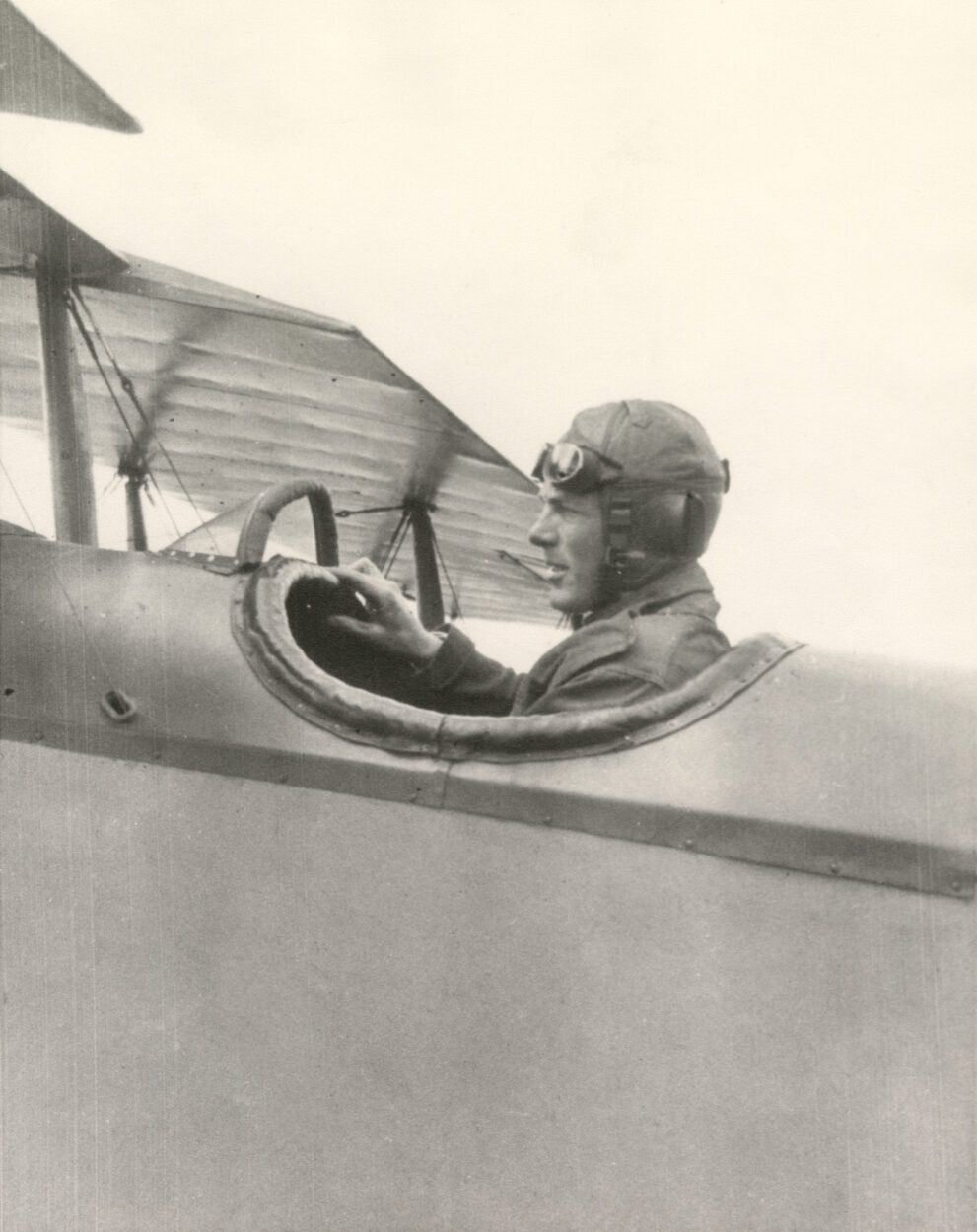 Dawson said Jones arrived from Prince Rupert at exactly 2:02 p.m. He flew over the ballfields before making his landing in front of a crowd that had gathered on Ketchikan’s waterfront. The newspaper at the time ran a feature commemorating the event: “The weary aviators were given a tumultuous reception by the populace, jamming the dockfront’s rooftops with all the town sirens, church bells, horns and steam whistles playing a loud welcome home. After they tied up, the two Birdmen were lifted upon the shoulders of Jones’s friends, and ceremoniously paraded through the cheering crowd along the street. Even the rain was held in check for the celebration.”

McHale said the arrival of commercial aviation marked the start of a new era.

“And since then, flight has been essential to life and Ketchikan, from those first flights and milestones to the establishment of regular scheduled routes,” McHale said. “Aviation continues to be an integral part of our island’s living.”

Dawson says the office was in the old Talbot building on Ketchikan’s waterfront, and noted that Jones went to college with then-resident Jack Talbot.

It was challenging at first, but Dawson said eventually, the business took off.

“But they had lots of business right off the get go for flying,” he said. “Joy riders, flight-seers, but also business people, the fishing industry and aerial timber survey and, and mining, geology, that sort of thing.

Dawson said that Jones even flew a Fox Films videographer over Metlakatla, to capture footage of former President Warren G. Harding laying a wreath at the grave of Metlakatla’s founder. 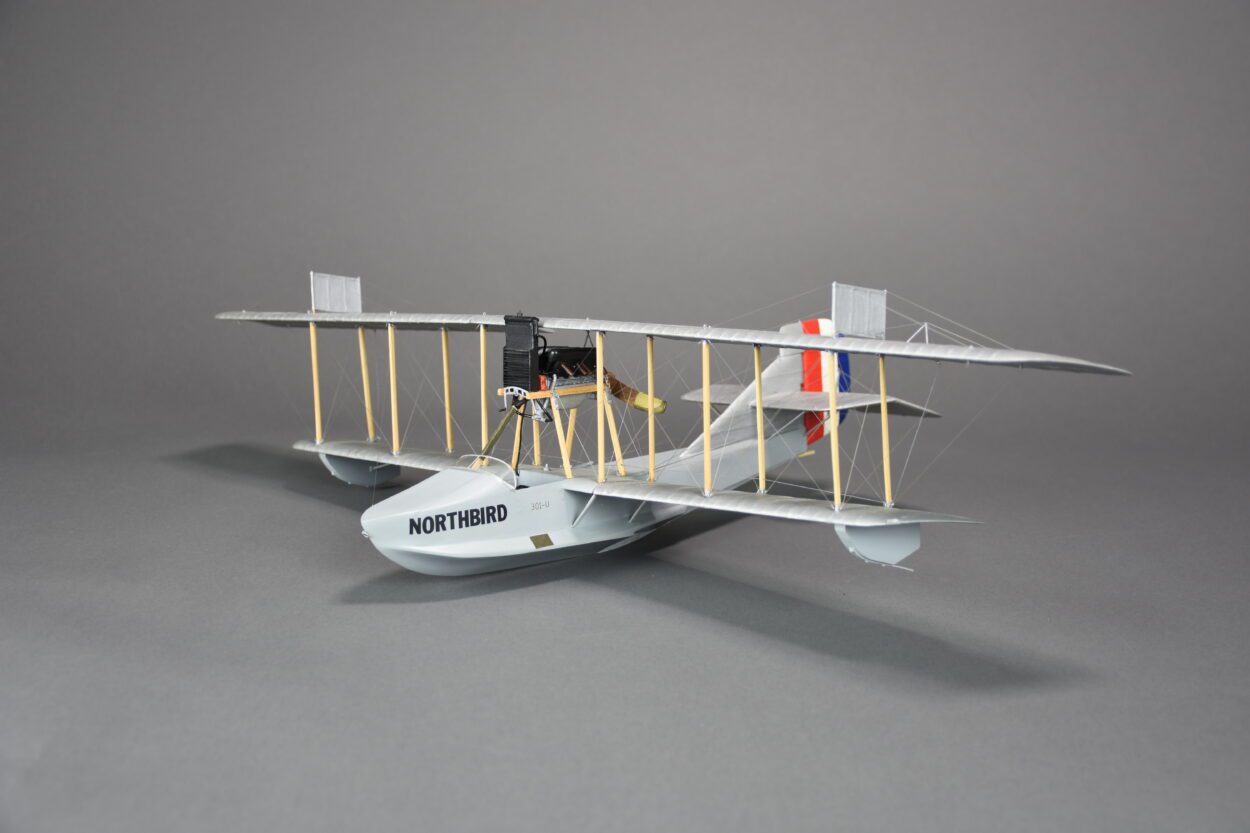 But the Northbird also ran into its share of challenges.

Once, near Juneau, Jones’ engine failed and he and his mechanic ended up in the water. When a boat came to pick the Northbird up with a boom, it fell back down into the water, crippling the upper wing.

The Northbird’s last flight was on Aug. 5, 1923, just over a year after that first landing in Ketchikan.

Dawson explained that Jones had been attempting to lift off from Heckman Lake near Loring and make the roughly 17-mile trip back to Ketchikan.

“They encountered downdraft,” Dawson said. “He had one passenger with them and they couldn’t get out of the little bowl there, the downdrafts were coming down the mountain. So he kept losing altitude, so he elected to try to re-land on the lake, wait it out to look until the downdraft conditions abated, and ended up clipping the trees there at the outlet and the Northbird crashed into the lake. And he and his passenger, George King, were okay but the plane was a wreck.”

After that, Jones announced he would rebuild the plane — along with a pontoon plane he bought from a Juneau man — but Dawson said he never did.

The last time Jones was in Ketchikan was Aug. 3, 1973, for the opening of the Ketchikan International Airport. He died a year later, in 1974.

“He just wanted to have his place in history,” Dawson said. “You know, that he set all the precedents and was the first one.”

And Dawson said that’s what he did — all in just one year of operation.

And what can Alaskans do to remember Jones on Sunday? Dawson has an idea.

“Well, definitely can start by raising a glass, 2:02 on Sunday in the afternoon.” he said. “Cheers to Roy Jones and the Northbird.”

A small exhibit honoring the occasion is set up in the lobby at the Tongass Historical Museum.