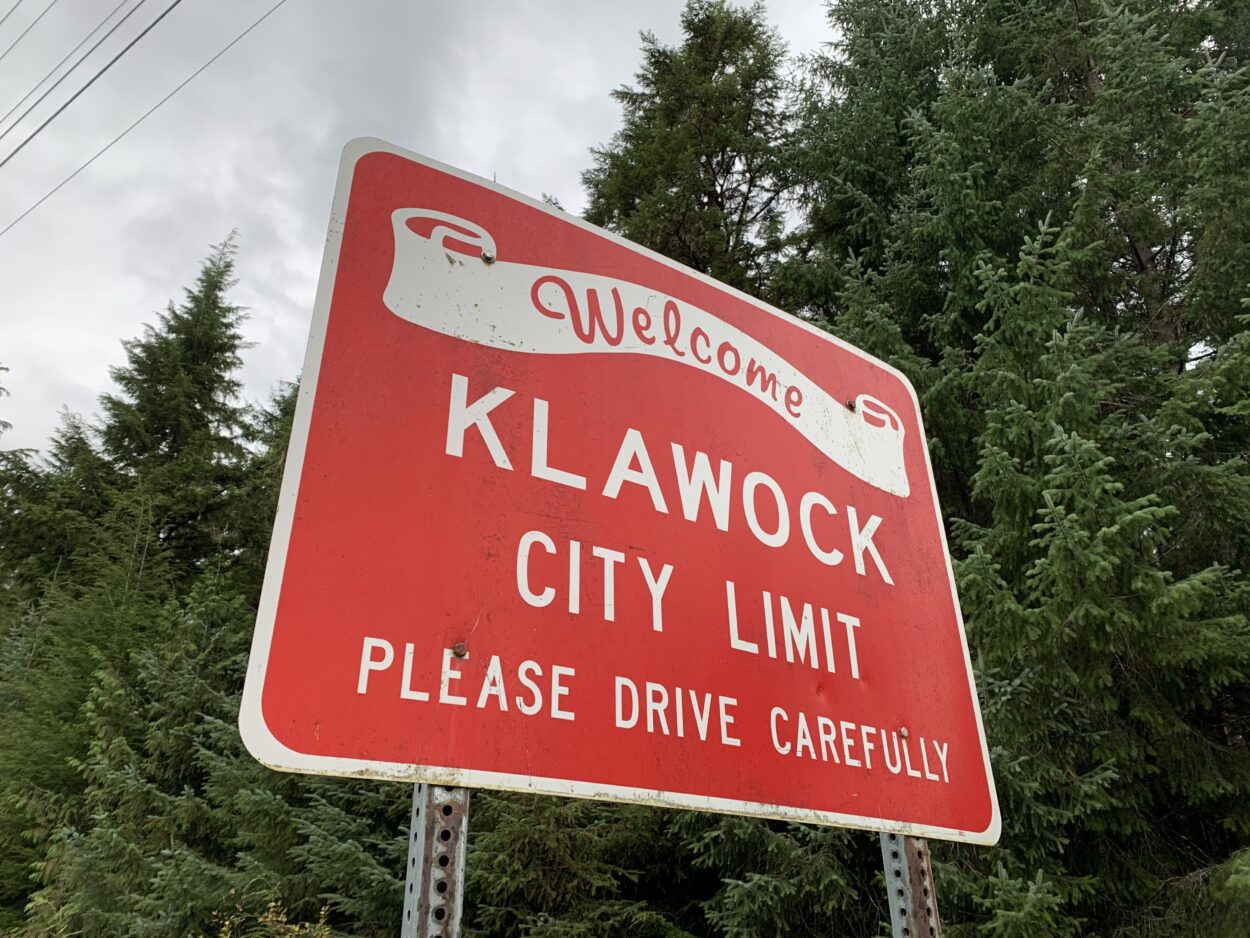 A sign welcomes drivers to Klawock, Alaska in 2021. (Eric Stone/KRBD)

A new totem pole honoring missing and murdered Indigenous women will be raised in the Prince of Wales Island community of Klawock at the end of the month.

She said HOPE wanted to call attention to how Native women and girls disappear and are murdered at rates higher than any other population — a study by the Urban Indian Health Institute found that 52 cases were reported in Alaska in 2016. That’s the fourth-highest total in the nation.

“And we really thought the best way to do that would be to have a reminder that is going to be placed in an area where people pass by it every single day,” Mills said.

It’ll be placed along Klawock’s main road near the town’s lumber mill.

Mills said Hydaburg’s mayor, Tony Christianson, has been carving the pole for the last six months.

“One of the main characteristics is the representative hand over the mouth, which is really the the symbol of missing and murdered indigenous women, of the movement,” Mills said.

Mills said the pole also recognizes Judylee Guthrie of Hydaburg. Albert Peter Macasaet III, the father of Guthrie’s children, was convicted of her murder in 2019.

“And we’re going to have a plaque at the base of the pole that was approved by Judylee’s  parents,” she said. “Just, it’s a bronze plaque, and it has a drawing from her memorial program and it has her birth and death dates there.”