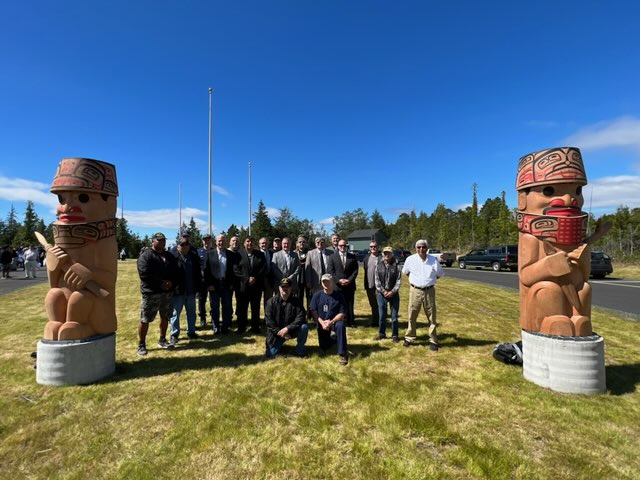 The Metlakatla Veterans Memorial Cemetery Wil Doo Gitwaaltgidm opened with a ceremony on Monday afternoon. It’s an occasion years in the making.

It’s a million-dollar view for veterans and their families. To one side are Annette Island’s forests and to the other, the ocean. The hillside property is dotted with new concrete crypts, gravesites, pavement, and a memorial wall bearing commemorative plaques, engraved with the names of those who have served.

Crews broke ground on the site in mid-2020. Due to the location and size of the project, construction actually started in 2021 and finished this spring. 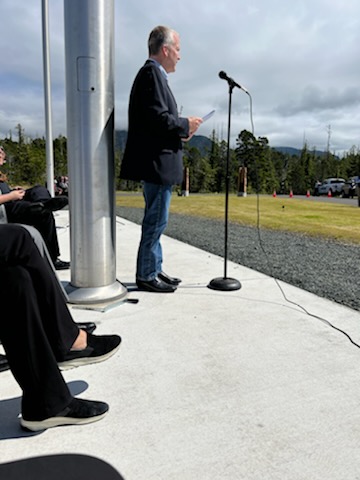 Senator Dan Sullivan speaks in Metlakatla on Monday. Audio from the speech was not immediately available. (Photo courtesy of Albert Smith).

Jeff Moran is a veteran himself, and the treasurer of the Metlakatla Veterans Association. He said Metlakatla residents have been eager to see the project completed.

“You know, the community’s always been 100% behind the veterans,” Moran said.

Plans for the cemetery were first laid out in 2017, when Metlakatla’s tribe applied for, and received, some $3.1 million in grant funding from the state’s Department of Veterans Affairs. The cemetery is the first in Alaska to be funded by the department.

Metlakatla’s mayor wrote to KRBD that about 60 of the reserve’s 1,600 residents are veterans. Hundreds more have served and died.

Moran said he thinks the tradition of military service in Metlakatla is related to the community’s Tsimshian culture.

“But so yeah, the community and the tribe itself has always been just, Tsimshian culture has always been dominated as a warrior culture,” he explained. “So every young man dreams of being a warrior for his family and his community. And of course, the only way we can really do that nowadays is to enlist.” 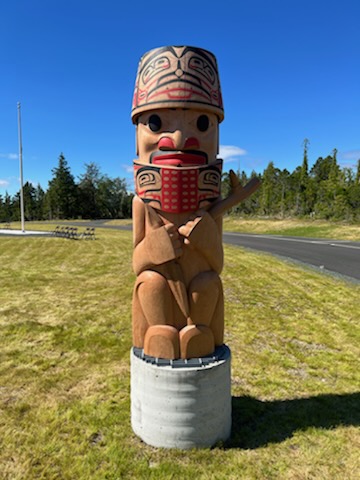 Mark McCarty is also a member of the Metlakatla Veterans Association.  He gave input to the project, but doesn’t think of the site as something for himself.

“It’s for us, you know, and ultimately, it’s for them,” McCarty said. “That’s how I always see it. Will I be buried there? Probably so, but I don’t see it as that’s my final resting place. That’s for others. It’s really their land first and foremost. So that’s kind of how I see it. ”

Roy Brendible, another member of the Metlakatla Veterans Association, said it’s about time that Metlakatla’s veterans have a place of honor to spend eternity.

“It was pretty exciting. It was a realization that it needed to happen,” Brendible said. “And I hope that every other community that is isolated, such as we are, you’re in Ketchikan and Metlakatla and all the other surrounding villages — by way of once if by air or twice if by sea — and I, you know, I hope it happens.” 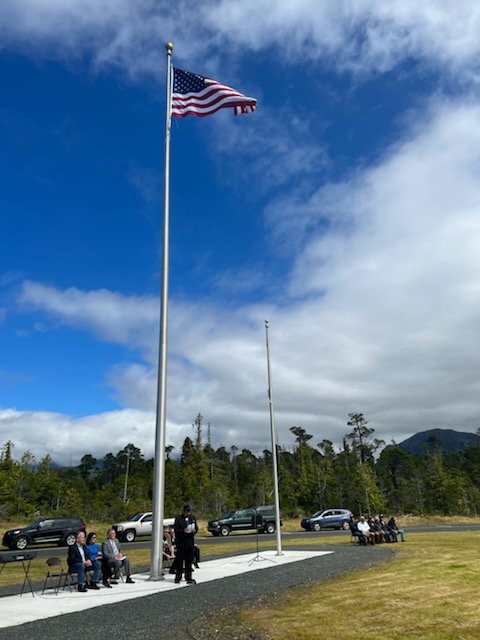 Moran said he’s already heard from some families interested in having loved ones reinterred at the memorial cemetery.