Tribal IDs should work at airports. But travelers say the TSA often rejects them. 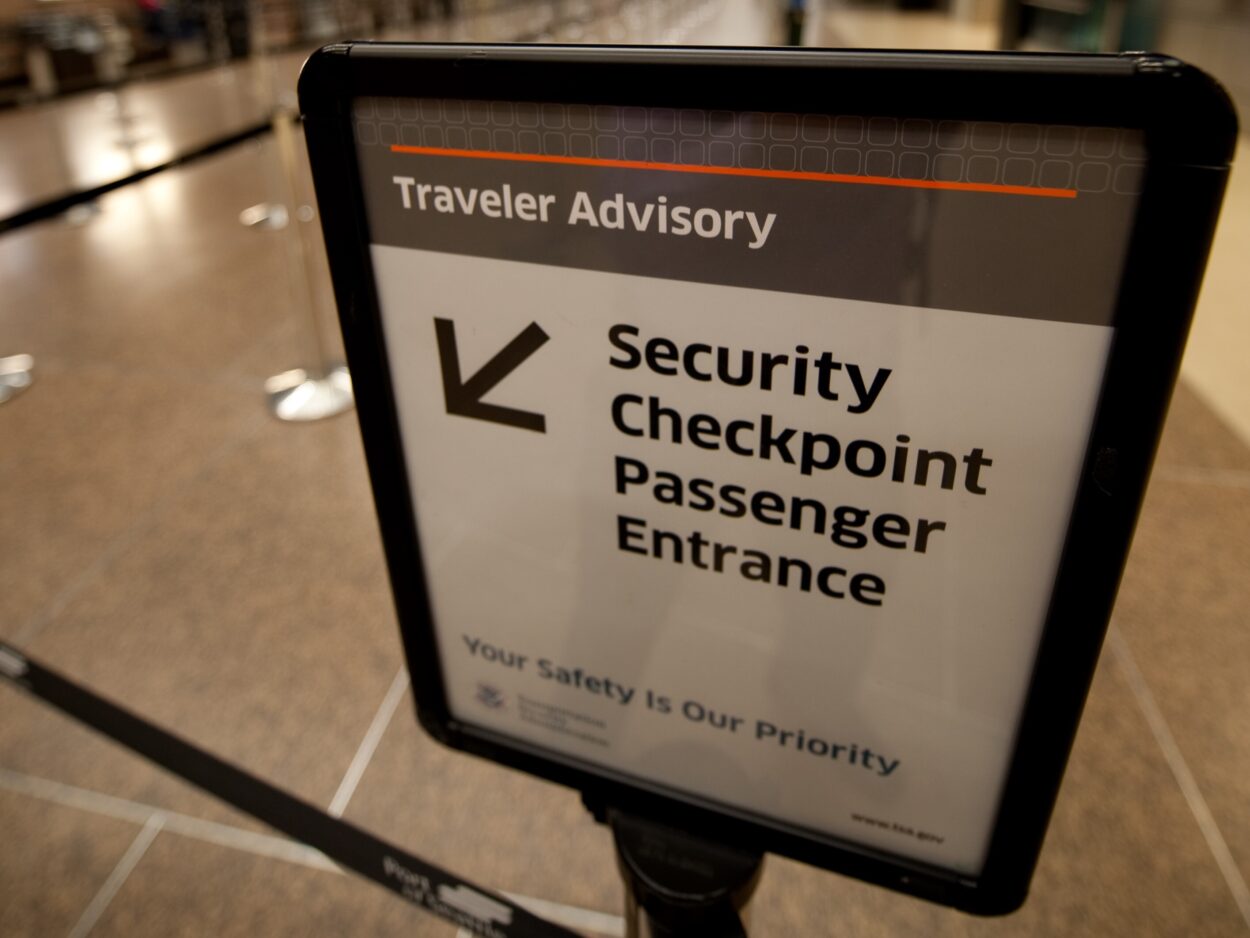 A sign directs travelers to a security checkpoint at Seattle-Tacoma International Airport in 2009. (Creative Commons photo by James Malone, crop by KRBD)

A traveler filed a complaint after not being allowed to use his tribal identification card at a Seattle-Tacoma International Airport security checkpoint. It’s not the first time the issue has been reported, and it raises questions about what will happen when REAL IDs become required in the spring.

Monico Ortiz said that he was attempting to fly from Seattle to Ketchikan when he was held up at a security checkpoint. He had presented his Central Council of Tlingit and Haida identification card to a security agent. He said the agent told him the scanning machine did not accept it.

Ortiz identifies as Tlingit, Mexican, German and Norwegian. He lives and works in Seattle as an electrical engineer, and is a Tlingit and Haida delegate in Seattle.

Those cards are one of a handful of federal identifications on TSA’s list of accepted IDs. The list also includes cards issued by the Bureau of Indian Affairs, military IDs and passports.

“And then he basically told me that it was not acceptable, (and asked) if I had some other form of ID,” Ortiz said. “And so I told them it was my tribal card, or my tribal ID and I asked him to scan it again. And his response was, it was not going through the machine. So I told him, you know, that it should be acceptable.”

Ortiz said he ended up showing the agent his Washington state driver’s license. He said he felt crunched for time to make his flight, and the airport was busy right before the Fourth of July holiday, so he didn’t ask for a supervisor or press the issue.

Tribal ID cards need to be inspected manually, a TSA spokesperson wrote to KRBD on Wednesday.

“When Tribal Identification Cards are presented, Transportation Security Officers review the Federal Register to ensure that Tribes are listed,” press secretary R. Carter Langston wrote. “The Central Council of the Tlingit & Haida Indian Tribes is a Federal Register listed Tribe. In those cases, the Tribal ID should be manually inspected by the Officer. ”

Ortiz filed a complaint with the TSA and says he hasn’t heard back. It’s his second complaint on the issue, after it happened in February 2020 at an Oakland, California airport. He noted he also reached out to TSA’s tribal affairs liaison.

“But basically, she noted that that CAT (credential authentication) technology machine does not read tribal IDs,” Ortiz said. “And the TSA officers should not be trying to, you know, use that machine. “

He said that she recommended he ask for a supervisor next time — something he said he didn’t feel comfortable doing this time. He said he’s going to continue to use the card.

Ortiz is even more concerned about what might happen after the deadline to get a REAL ID in May of next year. Ortiz explained he has had his state ID with him when he travels, but worries for tribal citizens who can’t obtain one, or can’t afford the fee, which can range from $20 up to $40.

Alaska’s Division of Motor Vehicles says that once the May 3 deadline hits, federal identification like BIA or tribal cards will still be considered accepted forms of ID.

“I actually am more concerned about, you know, tribal citizens that don’t have, that are not able to afford, a passport and are not even aware that this is coming up, and especially on a domestic flight, I believe that you should be able to use it for other purposes, too, but definitely, you know, having the flight, you know, it’s already a challenging situation in terms of getting through TSA, making your flight,” she said.

Jamiann S’eiltin Hasselquist is the vice president of Juneau’s chapter of the Alaska Native Sisterhood. She’s been looking into the issue in her free time.

She said the solution might lie in more training and awareness from TSA. She noted that there are 574 federally recognized tribes in the country, and that 229 of those are in Alaska.

She said she refuses to use her Alaska state ID when traveling. It’s an attempt to raise awareness about the cards.

“So I kind of set all these boundaries, so that they can become educated, so that the next person who comes in doesn’t have this erasure of of our people, because we’ve been, you know, fighting for our identity and to be seen for you know, since colonization came to town, basically,” she said.

Hasselquist has also tackled the issue of using tribal IDs in the past. She submitted a complaint to the Alaska Human Rights Commission when a Fred Meyer store in Juneau put up a sign announcing that the cards could not be used to purchase tobacco products. She says the sign reminded elders of a time when stores would hang “no dogs, no Natives” signs in their windows.

“So tobacco is also used in ceremony, so for that sign to be posted, is also I think, an infringement against our freedom to religion,” she said.

She referenced the American Indian Religious Freedom Act of 1978. The sign was removed three weeks after Hasselquist first saw it.

Hasselquist said that a conciliation agreement was being worked on.

And Hasselquist said that the Tlingit and Haida cards already meet the REAL ID standards, which include new security features.

“It has my address.” she said. “It has my enrollment number. It has my date of birth. It has an expiration date, it has a photo, it has a logo of the federally recognized tribe, and then it also has the holograms on it.”

Hasselquist said she wants to see the cards as accepted forms of identification not only at airports, but anywhere people are required to show ID.

Editor’s note: this story has been updated to reflect the correct spelling of both Jamiann S’eiltin Hasselquist’s and Monico Ortiz’s first names.