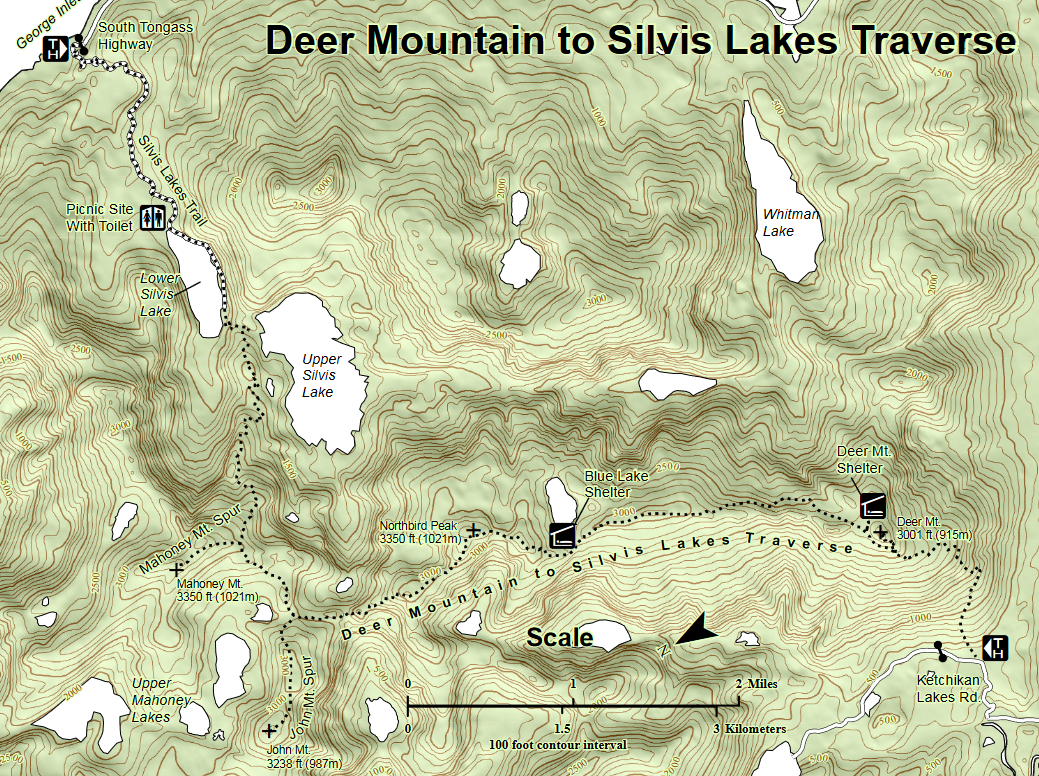 A map of the Deer Mountain to Silvis Lakes Traverse (U.S. Forest Service)

Two people were rescued on Wednesday evening after losing the trail during a backcountry hike near Ketchikan. The pair was unharmed.

The head of the Ketchikan Volunteer Rescue Squad, Jerry Kiffer, says the hikers were attempting a popular traverse through the mountains when they got lost in the snow.

“They were doing a Silvis to Deer Mountain traverse with a scheduled overnight over on Mahoney Mountain,” Kiffer said.

The rescue squad was then able to locate the hikers and lead them to safety.

Kiffer says the episode serves as a good reminder that the 14-mile trek is a challenging hike even for those with plenty of experience outdoors.

“That traverse is, I think, probably the most underestimated hike that we have locally. … That whole part of the trail from Blue Lake out until you drop down into Silvis, just use caution there. It’s not very well marked,” he said. “It’s very easy to get off the trail.”

Kiffer says it’s a good idea to let someone know where you plan to hike and when you plan to return, and to carry a GPS beacon like a SPOT. The Ketchikan Volunteer Rescue Squad loans out SPOT beacons for free at the Ketchikan Public Library, the Alaska State Troopers post, and the Ketchikan Visitors Bureau.