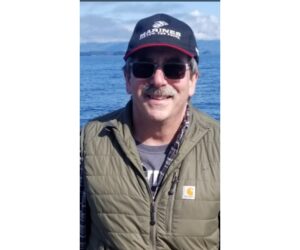 Flora has served six years on the council, and he says it’s important to retain some institutional knowledge during a time of transition for city government.

“With a new city manager coming in and the amount of turnover that we’ve had in some high level staff positions, I think there may be some value for the community in having some continuity on the council,” Flora said by phone on Friday.

Flora formally entered the race on Wednesday. He says he’s proud of his accomplishments on the council so far — he points to a new lease with hospital operator PeaceHealth and the city’s work securing a federal grant for a new domestic violence shelter as highlights.

“I think what I’m most proud of actually, though, is I’ve tried to be very prepared, I’ve been objective, I’ve got no agendas, I’m not aligned with any special interest in anything, and I think that’s actually maybe one of the very best things I bring to the council,” Flora said.

He says he’d like to address homelessness and drug abuse issues in the future. He encourages residents to get involved with the local decision making process.

“I’d like the community to help as best they can, and there’s a couple of ways that they can help their City Council, whoever it ends up being,” he said. “One is, be informed. People reach out to us, as they should, and the more prepared, and the more facts they have in hand, helps us to have a better conversation — more productive, the results are better. Be informed and be a participant.”

The other, he says, is to vote in local elections.

There’s also a one-year seat to fill on the council but as of Friday morning, no one has applied to run for it. Filing closes Aug. 25, and election day is Oct. 4.