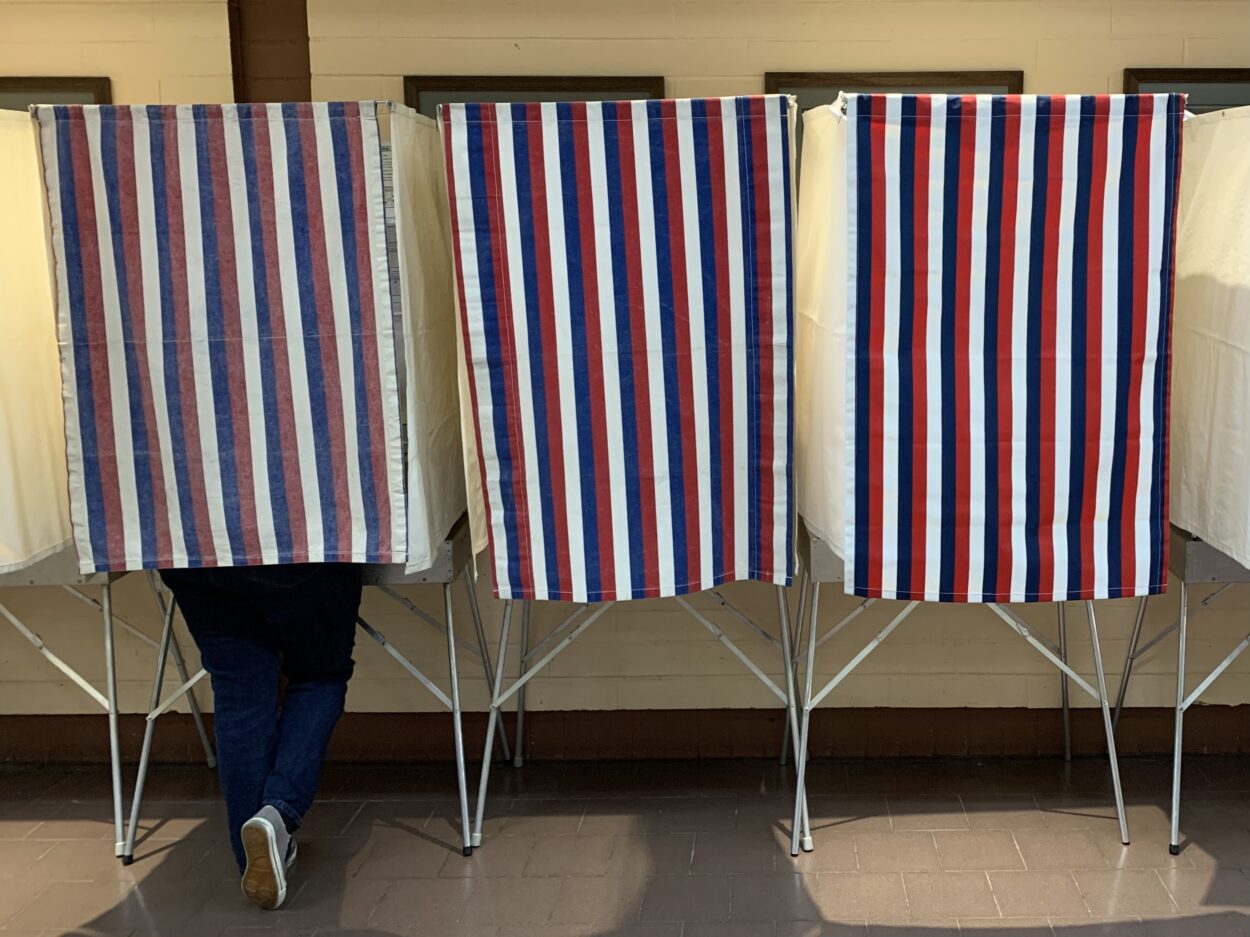 A voter stands in a voting booth at the Plaza Mall in Ketchikan during the primary and special election on August 16, 2022. (Eric Stone/KRBD)

Two more candidates have joined the race for a seat on Ketchikan’s Borough Assembly.

Flight nurse Joshua Titus has called Ketchikan home for the past 10 years. He’s a base manager for Guardian Flight, a private medevac provider. He’s a newcomer to local politics — he says an assembly seat would be his first time in elected office.

“Some of my biggest things are the economy and housing. I’m interested in a sustainable government, and so that would be decreased spending,” Titus said.

He says he’d also like to cut taxes. Though local government races are officially nonpartisan, Titus pitches himself as a small-government conservative.

“Smaller government, conservative thinking,” Titus said. “I want to return the power and control back to the people in the community, not have it in the hands of bureaucrats.”

The other recent entrant into the race for Borough Assembly takes a different tack. Michael Iann Martin says the borough should do more. He says he’d like to see the borough promote the development of more year-round businesses in Ketchikan, possibly with loans to small companies. He says he’d also like to boost school funding and increase Ketchikan’s supply of housing.

“Opening up new land is great. I know we’ve been looking at that. But initial development is really cost-prohibitive to a lot of people,” Martin said. “So, beyond just opening up land, we need to make sure we’re developing land and making it accessible to everybody.”

Martin is currently an appointed member of Ketchikan’s Planning Commission, but an assembly seat would be his first time in elected office. Martin says he’s worked with youth in the community for the last 20 years. He’s currently with Residential Youth Care, a local behavioral health nonprofit.

“I really enjoy this community, I fell in love with it the moment I got off the airplane, and I want to continue to see it grow and thrive. I want it to be a place my children grow up to love, and either want to stay in or at least come back to visit in my old age,” Martin said. “I think we have a lot of resources available to us to continue to grow. And I’d like to be a main piece of helping that happen.”

Martin and Titus join incumbent Assembly member Austin Otos in the race for two available three-year seats on the borough’s governing body. It’s the only competitive race on the ballot so far — candidates running for borough mayor, city council and school board are running unopposed at this point with about a week to go in the filing period.

There are also some races with no one running. There’s a three-year seat on the school board that no one’s applied to run for, and a one-year seat on Ketchikan’s City Council that also so far has no takers.

Candidates can enter the local races until 5 p.m. next Thursday, August 25. Forms are available from Ketchikan’s borough and city clerks.