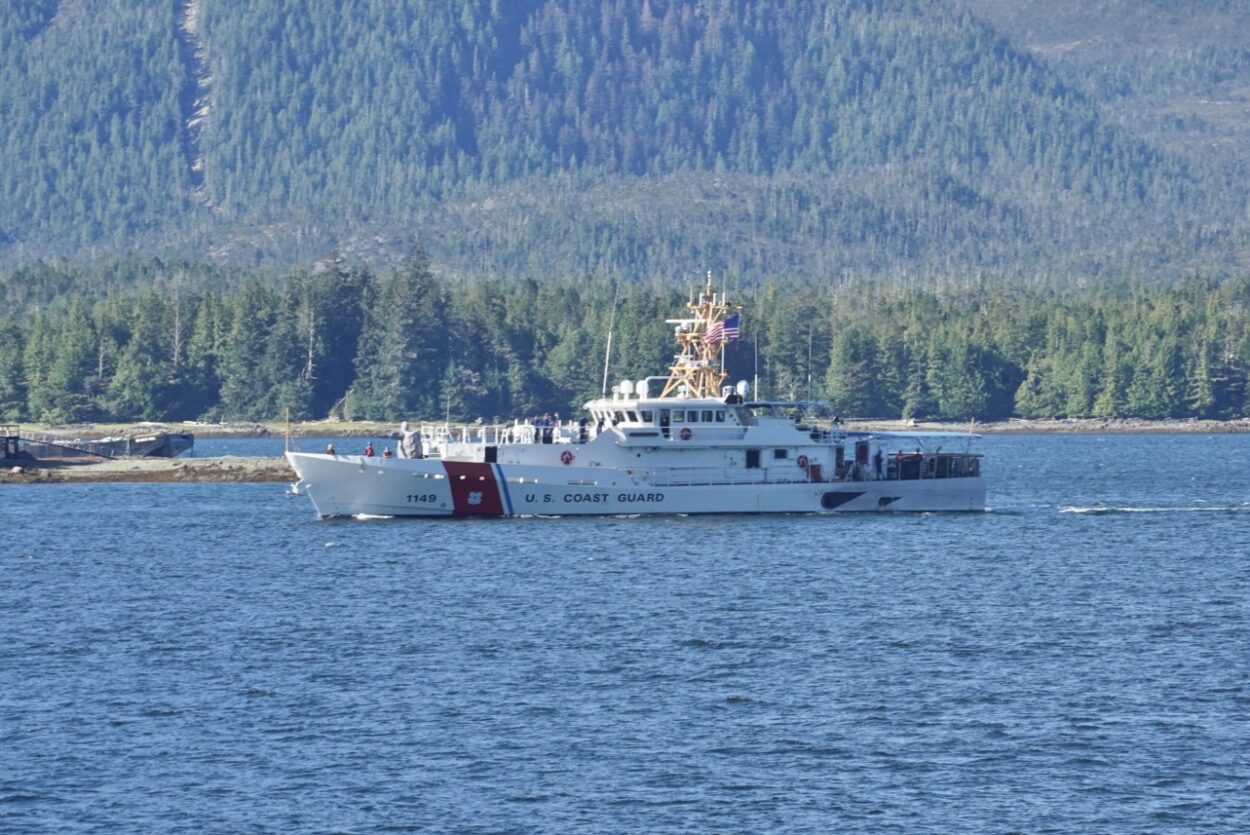 Executive Petty Officer Coleman Aldrich brought the whole family to the downtown cruise ship docks to watch the new boat come in. He says it’s not just a homecoming for the cutter — crew members from Ketchikan have been working on the boat, running drills and training since March.

“It’s really cool for me to stand here on the pier and welcome another crew in knowing that all the trials and tribulations they’ve been through — all the hectic days, long hours that they’ve put in. It’s really very rewarding to see all that come to come to a close and just be like, ‘Hey, we made it home. Everybody’s safe, the cutter’s safe, and we can see our families again,'” he said.

He says the crew picked up the cutter in Louisiana, took it to Key West for outfitting, and then sailed through the Panama Canal and up the West Coast to its new home port.

“It’s a pretty significant event,” he said.”I know the guys are really, really excited to be home.”

Alie Olson says she was glad to see her husband, a boatswain’s mate first class assigned to the Douglas Denman, after a long time away.

“It was a really great day for the weather for the ship to arrive and for the families to be able to be out on the pier and see them come in. We’re definitely going to be soaking up the sun,” she said.

The Douglas Denman will stay in Ketchikan temporarily while port facilities in Sitka are under construction, Coast Guard spokesperson Nate Littlejohn said in a statement. It’ll be the third Fast Response Cutter in Ketchikan for the time being, joining the Bailey Barco and the John McCormick.