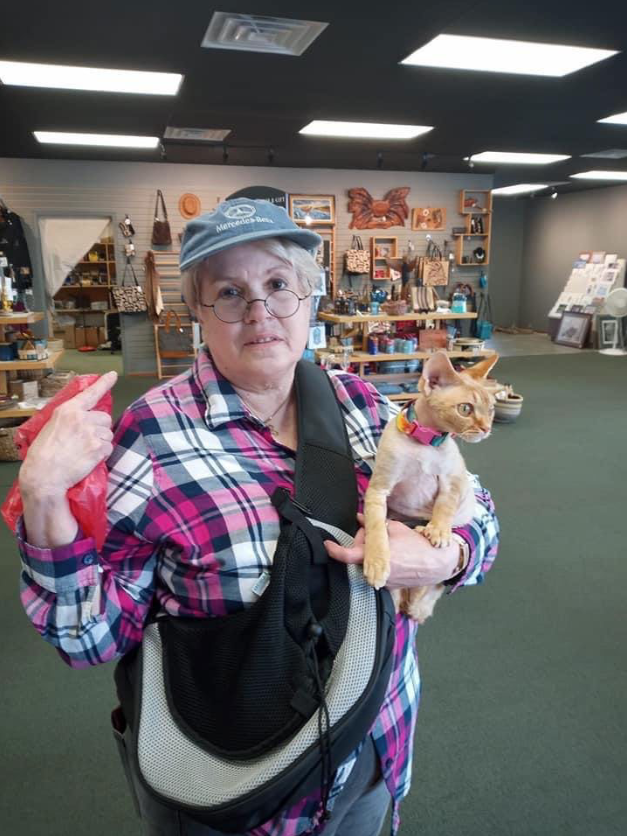 A photo of Susan Hughes released by Alaska State Troopers.

UPDATE, Sunday, August 21: A woman who was reported missing Thursday on Prince of Wales Island was found safe Saturday morning. Alaska State Troopers say 66-year-old Susan Hughes was found in the Harris River area around 11 a.m. after authorities spotted her vehicle at a nearby trailhead. Hughes had reportedly crossed the river and was found wet, disoriented and dehydrated. A search party made up of Alaska Wildlife Troopers, U.S. Forest Service law enforcement and Village Public Safety Officers took Hughes out of the woods on an ATV, where she was transferred to EMS, according to a state Department of Public Safety report.

Authorities are asking the public to be on the lookout for a 66-year-old woman who was reported missing on Prince of Wales Island Thursday afternoon.

Alaska State Troopers say Susan Hughes was last seen in Klawock on Tuesday. They say there’s concern for her safety.

Troopers say Hughes’ car, a maroon 2021 Honda CR-V with Alaska plate number LEZ516, wasn’t at her house when it was checked.

Anyone with information regarding Hughes’ whereabouts should call the Alaska State Troopers in Craig at 907-826-2918. The state troopers’ full bulletin is included below. 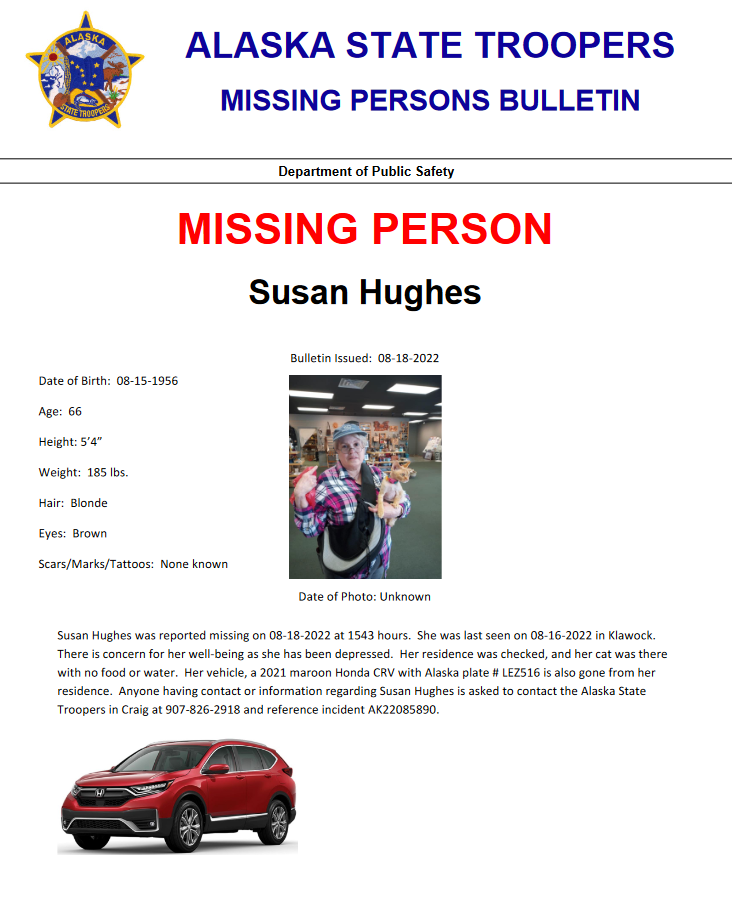 Editor’s note: This story has been updated to include the most recent missing persons bulletin.