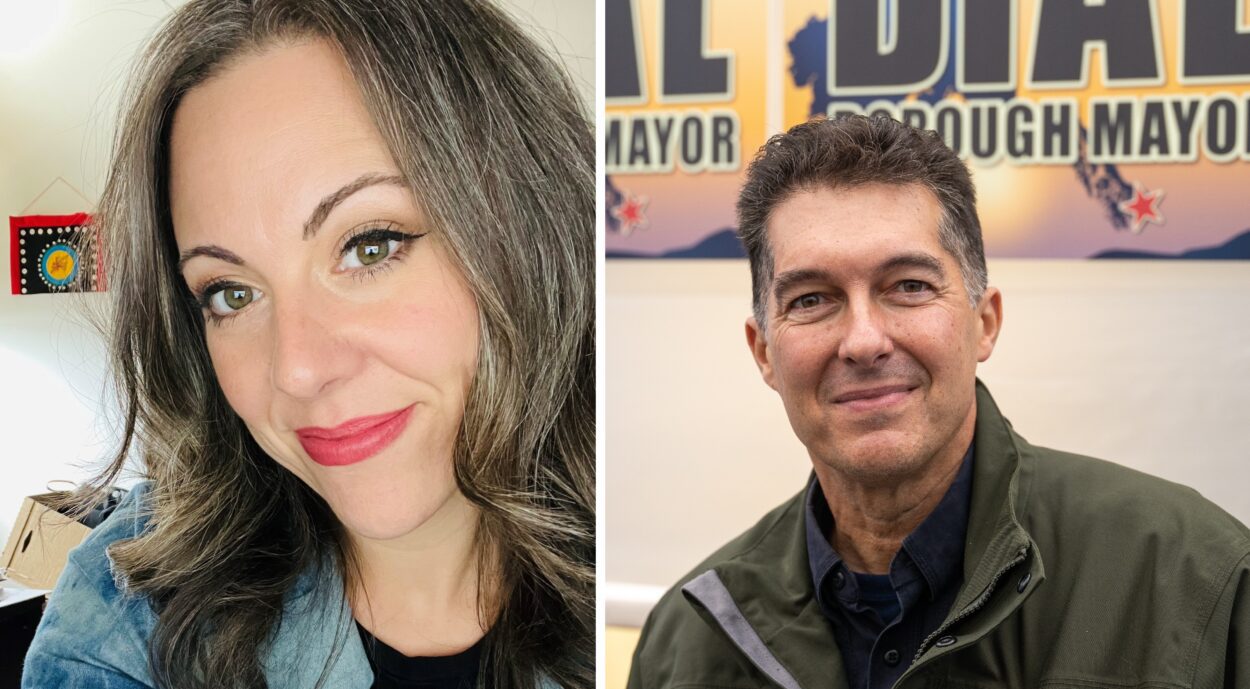 Like a lot of people, Katie Parrott says she came to Ketchikan for a summer and fell in love with the community.

“The people that I met that first summer I came up as a young person, they became like family immediately,” she said. “So I kept coming back because Ketchikan felt like home and felt like a home base for me, and then I finally moved here permanently in 2002.”

Since then, she’s worked for a variety of local organizations — she says she was a program director for the nonprofit behavioral health provider Residential Youth Care, the director of Ketchikan Indian Community’s education department, and for the last three years or so, she’s been the school district’s top finance official.

Parrott is not shy about her support of progressive causes — she’s a vocal supporter of Democratic gubernatorial candidate Les Gara, for example — but she says she doesn’t think her personal politics should affect  the way she governs.

“It’s a nonpartisan, ceremonial role, and to bring in personal political views and activism in the role, I think, does a disservice to the body and to the community,” she said. “My intent would be that you keep those things separate.”

That’s one area where she draws contrast between herself and current Mayor Rodney Dial. She says in the three years Dial has been in office, the assembly has spent too much time debating controversial political issues.

“There’s so many areas for moving our community forward for the prosperity of people who live here, and doing so in a way that gets everyone kind of on the same page and on the same path,” she said. “One of my desires would be to serve in the role in a way that brings people together, that creates some solidarity and sticks to the issues that are really important for the local community.”

She points specifically to the mayor’s veto of $1,638 in funding for the Ketchikan Pride Alliance, a nonprofit LGBTQ organization that asked the borough to fund education and outreach events. The assembly later overrode Dial’s veto.

Parrott says in that case, Dial disregarded the recommendation of the borough’s grant committee, a body made up of assembly members and residents who recommended which groups should get borough funding.

“I think pulling out an item that has gone through the process, has been vetted and that the members have come forward and provided further information and justification as to the process — it did feel a little disruptive to me,” she said.

Parrott’s entry into the race sets up a contentious campaign ahead of the Oct. 4 election.

Even before she filed the required paperwork, Dial posted a video to Facebook raising concerns about her plans to run — Parrott handles the school district’s finances, and one of the Borough Assembly’s duties is to appropriate local tax dollars to fund the district.

“If Katie is elected, you would essentially be placing the person that has been asking for district funding for years in the highest elected position in the borough that is responsible for that funding,” Dial said in the video. “This conflict of interest in this case is insurmountable.”

Borough and school district officials, though, say they don’t see any legal issues with Parrott’s candidacy.

Borough Clerk Kacie Paxton, who oversees local elections, says there’s no rule on the books that would prevent Parrott from running for mayor while on the school district’s payroll.

“She’s a valid candidate. She’s a qualified borough voter,” Paxton said. “There is nothing precluding her from running for office or campaigning for office and for being elected in this position. That same rule would apply to any other school district employee, and our code is pretty clear on that.”

Paxton says there are open questions about whether Parrott would be restricted from presiding over the assembly as it discusses some topics, like education funding. Borough ethics rules require officials to recuse themselves if they have a substantial financial interest in the outcome — or if they’re required to act in the best interest of an organization that does.

Paxton says it’s currently unclear how often Parrott would need to recuse herself if elected.

“We have not had a formal inquiry with a formal legal review of that. We’re focusing now on the candidacy,” she said.

“The school board, and the school district as a whole recognizes the rights of all of its employees to seek elected positions. But just to be on the safe side, before Ms. Parrott actually filed for the office, the district had conferred with its attorney and has been advised by counsel that her decision to seek elected office does not pose a conflict of interest. So at this point, we don’t have any concerns,” Bradford said.

Even so, Dial says he’s reaching out to private attorneys for their opinions on how much Parrott’s job might interfere with her ability to preside over assembly meetings.

“If you can’t participate in taxation, for example, as mayor, the public loses out, because the real power of the mayor is the veto. And it’s just a huge thing — it really stacks the deck towards the district,” Dial said.

Parrott, for her part, doesn’t see her day job as a conflict.

“Whether it’s in my capacity serving the community at the school district, or in my capacity as an elected official in this community, I serve one master, and that one master is the citizens of Ketchikan,” she said.