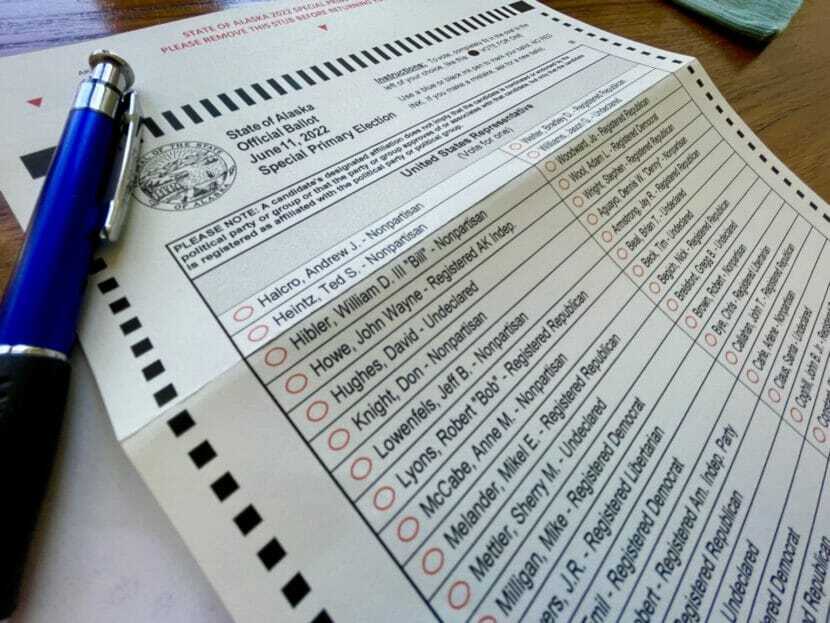 Civil rights groups are suing Alaska state elections officials over the state’s decision to discard more than 7,000 mail-in ballots during last summer’s mail-in primary for U.S. House. The American Civil Liberties Union, the Native American Rights Fund, the League of Women Voters and the Arctic Council argue that the Division of Elections violated Alaska’s Constitution by failing to give voters a chance to correct the issues.

More than 4.5% of ballots cast in the special primary were discarded. Most went uncounted because of problems with information on the envelope, incorrect identifiers, or a lack of a witness signature.

That’s something the lawsuit alleges wouldn’t have happened if the division had done a better job letting voters know what to expect. They also argue the division had time to let voters fix their ballots before the results were counted.

The ballot rejection rate from that election was higher in communities with more Alaska Native residents.

“Every vote counts and the state could take lead from any of the other many states that have already put in place measures to fix curable issues instead of rejecting votes,” NARF Staff Attorney Megan Condon said in a news release. “Without changes to the current system, the state can continue to reject a great number of votes cast by Alaska Natives and rural voters.”

In House District 38 — which includes Bethel and the Lower Kuskokwim area — that rate was as high as 16%, according to the complaint. About 83% of voters in that region are Alaska Native.

House District 39, which includes Nome and the Bering Strait area, saw a rejection rate of 14%. House District 40 includes voters in Utqiagvik and Kotzebue. More than 12% of ballots were rejected there, according to the complaint. According to the ACLU, when rates of more than 14% are reported, that’s cause for concern.

The civil rights organizations are asking the Alaska Superior Court in Anchorage to notify voters when their ballots have an issue that would leave it uncounted and give them a chance to fix it. It’s a process known as “ballot curing.”

In a statement, state Department of Law spokesperson Patty Sullivan said state attorneys are reviewing the suit and will respond in court. But Sullivan offered a preview of the state’s position.