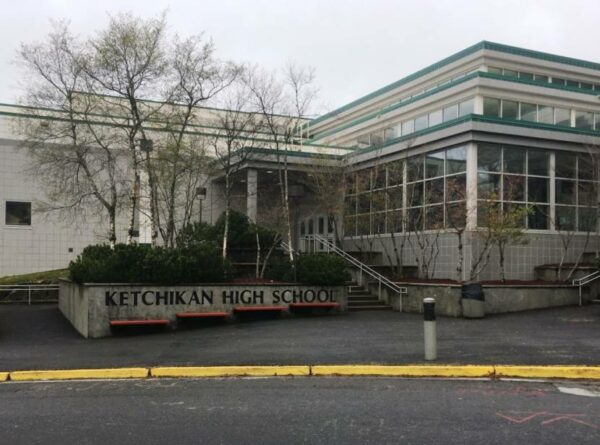 A Ketchikan volleyball coach and teacher is facing assault charges after allegedly grabbing a player by the wrist at a game last week.

A 17-year-old Ketchikan High School volleyball player is alleging that Kevin Johnson grabbed them by the wrist at a Thursday  game in the school gym. Johnson is the coach of the Lady Kings volleyball team and the school’s physical education teacher.

The student says that Johnson squeezed their wrist and pulled them in his direction.

Eric Mattson, the deputy chief of the Ketchikan Police Department, read aloud to KRBD on Friday the probable cause statement in the case, in which Johnson is facing charges of fourth-degree assault and second-degree harassment.

Mattson declined to refer to the student by gender.

Mattson said the case was assigned to the Kayhi school resource officer, Charlie Johnson – of no relation to the coach – who is in  the department’s detective bureau.

Online court filings show that Johnson was issued a summons to appear in court the day after the incident.

Johnson declined to comment on the interaction when speaking to KRBD on Tuesday.

“I have secured an attorney and I will be pleading not guilty,” Johnson said.

Fourth-degree assault is classified as a Class A misdemeanor. Second-degree harassment is a Class B misdemeanor.

Raegan Miller is a Report for America corps member for KRBD. Your donation to match our RFA grant helps keep her writing stories like this one. Please consider making a tax-deductible contribution at KRBD.org/donate