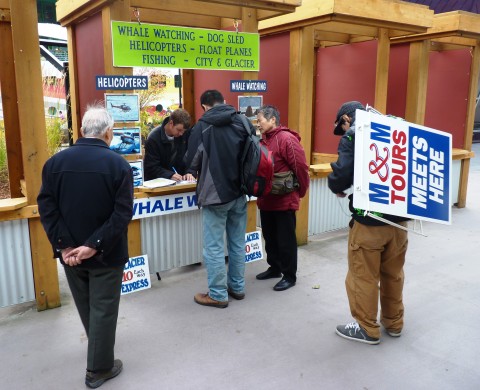 Tourists off the Norwegian Sun book a Mendenhall Glacier tour near Juneau’s waterfront on one of the last days of 2014′s tourism season, as a staffer watches. Passenger numbers were similar to last year’s. (Photo by Ed Schoenfeld/CoastAlaska News)

Alaska’s cruise-ship season ended last week. It, and other types of tourism, attracted a similar number of visitors as in 2013. But the next few years could be different.

A group of Japanese tourists off the Norwegian Sun cruise ship walk Juneau’s waterfront, looking for an open sales kiosk.

Most days, they’d find more than a dozen. But right now, there’s just one, because the Sun is the only ship in town. 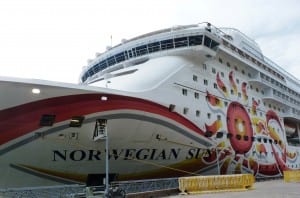 The Sun can carry up to 2,000 passengers, plus 1,000 crew. Many times this summer, they’ve joined 10,000 or more other visitors and workers visiting Alaska’s capital city.

Many are taking their first trip to Alaska — and they’ve got a lot of questions. Juneau Convention and Visitors Bureau volunteer Sharon Meier is one of the people giving them answers.

Some of those questions have pretty obvious answers.

“How far are we above sea level?” is one. “And I’m not making that up,” Meier says. “We get that all the time — and if we take American money.”

If they’re off a cruise ship, she’ll politely remind them that it’s floating in the ocean.

“And as far as the currency goes, you have to answer that based on who you are speaking with. You can never assume they want to joke, at their expense. So you just say ‘Yes, we do.’ But if they need an exchange, we can help them find a bank or someone who can help them out.”

Juneau saw almost all of the cruise ship passengers sailing Alaska waters this summer. Skagway and Ketchikan saw a lot. And Sitka, Hoonah, Whittier and Kodiak hosted far fewer. Smaller ships called at other cities, such as Petersburg and Wrangell, plus some Southeast villages. 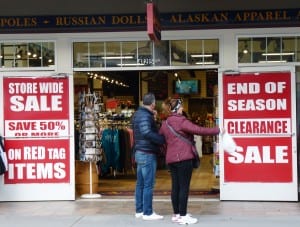 “It was a great season. We had almost a million visitors that will have come to Alaska on cruise ships. And about the same overall for other modes of transportation,” he says. “I think there were close to 2 million visitors this year.”

This season brought a new ship, the Crown Princess, which carries about 3,000 passengers and 1,200 crew. The same-sized Ruby Princess will sail next season, replacing a smaller ship.

Cruise lines often shuffle vessels in and out of their Alaska routes. Binkley says that has advantages.

“Many times when they put a new ship, or a newer ship, into a market, it has a loyal following. So you see a lot of passengers who want to go on the new ships and want to go to Alaska as well,” he says.

Passenger capacity has hovered around a million for several years. That may be as many as North America markets can provide.

“It’s staggering the number of people who will be in the economic strata in China in the next 10 years to afford cruises. And one of the top destinations that they want to cruise through is Alaska,” he says. 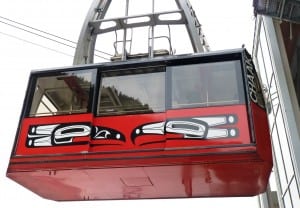 “And actually, already we’re getting visitors, not only from mainland China, but also people in the U.S. who are studying from China or for business who are then adding on trips to Alaska,” she says.

Simpson says the association’s final figures aren’t in. But it looks like 2014’s season was strong, with about the same number of visitors.

“With the amount of rain we saw, the flooding that was happening early in the season, impacted Denali and the railroad. And anytime there’s lots of rain or storms it impacts the day cruises or people who need to take a boat out to a lodge, as well as flightseeing tours and being able to get out to remote parts,” she says.

Southeast Alaska’s Inside Passage also saw extra rain. But that didn’t affect its numbers, since cruise ship berths are booked months in advance.

Back at Juneau’s docks, a visitor’s bureau volunteer doles out maps and tips, as he has all summer.

Some dockside greeters get to be more outgoing. Sharon Meier says she went on board ships this year, to hand out information and answer questions. 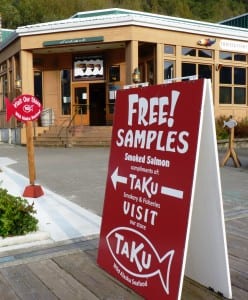 “Meeting the people. The visitors are so eager to see Juneau and Alaska. I think it’s on a lot of people’s bucket lists to come up here,” she says.

Many of their questions are the same, about weather and wildlife, and of course, altitude and money.

But Meier says this season brought something different.

“Some people this summer have been asking where the Sarah Palin statue is. For some reason they think there’s one in town,” she says, laughing. (There isn’t one.)

Next year’s season begins in early May, when the Ruby Princess docks in Ketchikan. The ships will keep sailing ‘til mid-September.