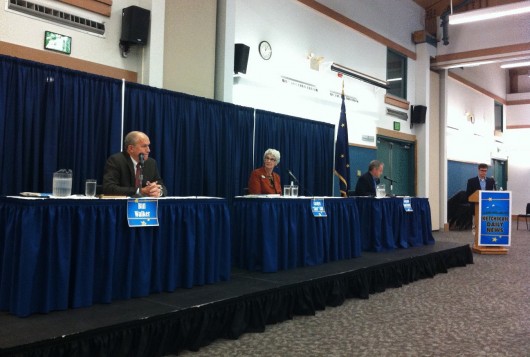 Three candidates for Alaska Governor, independent Bill Walker, Libertarian Care Clift and Republican incumbent Gov. Sean Parnell, participated in a debate Wednesday in Ketchikan. The debate was hosted by the Ketchikan Daily News, and was well-attended by about 250 people. Not a bad turnout for a mid-day, mid-week event.

Below is the full audio from the debate. KDN reporter Nick Bowman was the moderator.