Kiffer leads Council race, others too close to call 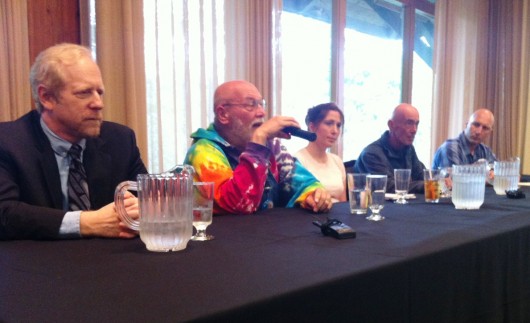 The Ketchikan City Council race was the one to watch during this local election. Six candidates ran for three open seats, and four of those candidates were newcomers to city politics.

Tuesday night’s unofficial results show current Borough Mayor Dave Kiffer with a clear lead at 766 votes. After that, it’s too close to say who will win a seat.

At this point, incumbent KJ Harris is in second place with 496 votes, political novice Amanda Mitchell is a close third with 486 votes, and incumbent Dick Coose is a close fourth with 472 votes.

When the Canvass Board meets Wednesday afternoon, its members will have about 240 absentee and questioned ballots to include in the final count. So, with a margin of 24 votes between second and fourth place, the end result is unpredictable.

In a conversation with KRBD shortly after the unofficial results were announced, Mitchell said she feels excited and honored that the vote is so close. She says if eventually elected, she hopes to win over the confidence of those who didn’t vote for her.

Mitchell has never run for office before, and says she decided to run this time because she saw a need.

“Doing the water issue, and talking to people in our town. It just seemed that it was something I wanted to try to help with,” she said. 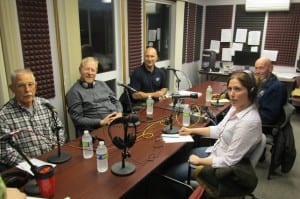 switch its water disinfection treatment from free chlorine to chloramine.

Kiffer says he looks forward to starting work on the Ketchikan City Council. He says his goal is to help the city do more planning for city maintenance projects.

“Because, in too many instances in recent years, the Council has had to react to what’s been considered emergency situations, whether its bridges and trestles, whether it’s bulkheads down in the harbors. A lot of things just popped, apparently, out of nowhere,” he said. “Nothing ever comes out of nowhere.”

KJ Harris says it would make him happy if he ended up back on the City Council. He adds that this race was more contentious that previous elections that he’s experienced.

But, Harris says, whoever ends up on the Council, it will all work out because everyone’s goal is to do what’s best for the city.

As the close fourth-place candidate, Coose says he’s been in a similar position before and he’s just waiting for the final results. He also noted that he believes there’s been some inaccurate information provided by some of the challengers in the race.

The other two candidates are Kevin Staples, who received 329 votes so far; and Ed Plute with 236 votes.

Also on the city ballot were two bond propositions. Each asked voters to approve up to $5 million in bonds to pay for replacement of water and sewer pipes on Schoenbar Road, Chatham Avenue, and Front, Mill and Stedman streets. The pipes are 30 to 50 years old, and the city says they are starting to fail.

Each of those bond packages passed easily, with a margin of about 400 votes.