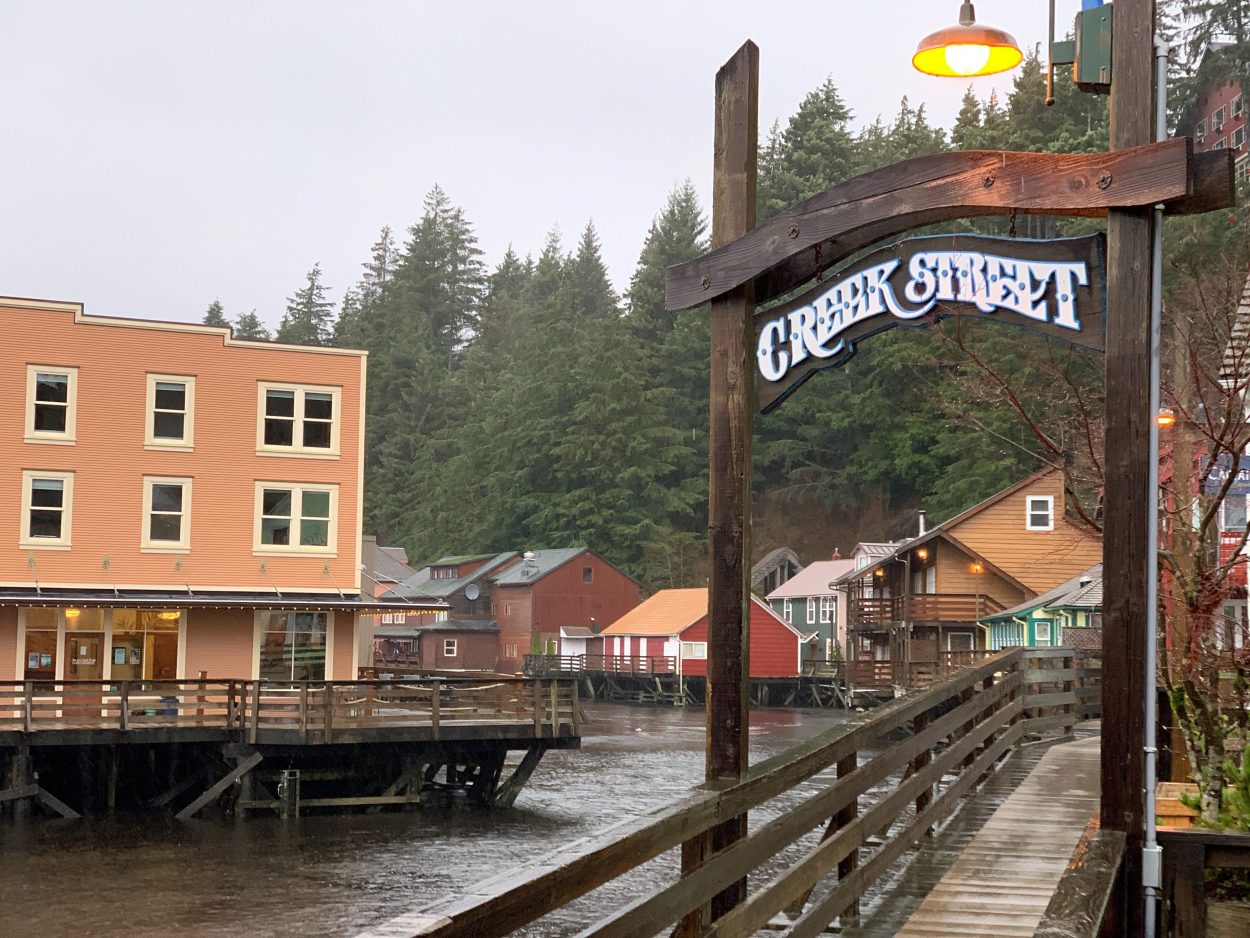 The summer of 2020 is one for the history books — for quite a few reasons: a pandemic, protests over racial injustice, a presidential campaign — but for residents of Southeast Alaska, it’s also the summer that wasn’t. Record rainfall in parts of Southeast are just one more reason 2020 will be a year some will be happy to forget.

Ketchikan has unofficially broken its summer rainfall record with 47 inches of its famous “liquid sunshine” in the months of June, July and August.

And that’s not the only rain-related record that Ketchikan broke this summer. Here’s National Weather Service Forecaster Wes Adkins.

“So not only have you had the most accumulations, but you’ve also suffered the most rainy days,” Adkins said.

Of the 90 or so days from June through August, Ketchikan saw 68 days with measurable rainfall. The city’s previous record, 67 days, was set in 1933 and last tied in 1966.

And it’s been rainy all over Southeast — Sitka set a similar rainy-day record with 70 days, and Petersburg set its own record for summer rainfall with at least 31.6 inches. And downtown Juneau saw more rain than it’s seen in 59 years, the second-wettest summer on record with more than 34 inches.

“What a change from the last couple of years,” said University of Alaska Fairbanks climate researcher Rick Thoman, referring to the drought that took hold in 2018 and lasted through much of 2019.

“And interestingly enough, they are — both the very dry conditions relative to the long term normal and this very wet weather, […] we can attribute some of that to our changing climate,” Thoman said.

There are two main pieces of the puzzle, Thoman said: first, higher ocean temperatures in the Pacific mean more water evaporating into the atmosphere.

“But it isn’t just a matter of providing more moisture to the atmosphere,” Thoman said. “You need those storms to come along to be able to tap into it.”

During the drought, Thoman said storms generally missed Ketchikan to the north and west — but not this year.

“This summer for southern Southeast, we’ve gotten both pieces of the puzzle to come together: above normal ocean temperatures supplying more water and the storms to wring it out,” he said.

But Thoman says the weather pattern of the drought years is probably going to be more common in the decades to come — a more pronounced dry season, like that of the Pacific Northwest or British Columbia.

But enough talk about the atmosphere and ocean temperatures. What’s it been like to sit and watch nearly four feet of rain come down?

“Well, it’s been a very dreary summer because a variety of things,” said Dave Kiffer, a Ketchikan writer and local historian.

“First of all, you have the COVID situation and the lack of a cruise industry,” he said. “So there’s been that lack of energy anyway.”

Ketchikan’s normally-buzzing docks are just about empty. Businesses are struggling to keep their doors open. And important events like the Blueberry Arts Festival and the Fourth of July parade were canceled or reshaped.

Kiffer says most people in Ketchikan know what they’re in for — in a place that gets an average of 12-and-a-half feet of rain every year, long, rainy spells are to be expected.

“We are used to that in Ketchikan. That’s not a problem,” he said. “But we need to have a few weeks at some point during the year where it’s not raining.”

Especially in a year like this — with no tourists, no money, no jobs and an uncertain outlook for the future. Kiffer says people need to be able to get out and enjoy the island. But this year, it seems like the winter never really ended.

“We don’t need a lot of those days to make it okay. But we get none of them, then people become almost suicidal,” he said.

In Sitka, which broke its record with 70 rainy days between the beginning of June and the end of August, crime writer John Straley says the weather has some residents at the end of their rope.

“The rain has just been merciless,” Straley said.

Straley says he plays music with some friends for some much-needed companionship — outdoors, of course, for health reasons — but just about every time he and his bandmates get together, it’s raining and blowing.

“It just doesn’t feel good. People now are starting to talk about getting out of town,” he said.

But with the pandemic and the collapse of the tourism industry, it’s that much harder to get off the rock.

Back in Ketchikan, it seems like all there is to do is watch the rain totals slowly tick upwards.

“It seemed to be a major diversion for us, here at the end of this, kind of, lost summer, to have people go, ‘Hey, this is kind of exciting!’” Kiffer said.

So if there’s one silver lining to these persistent clouds, it’s bragging rights. Not only was 2020 the worst-ever year for tourism in Ketchikan — it was also Ketchikan’s gloomiest, dreariest summer in a century of recorded data.