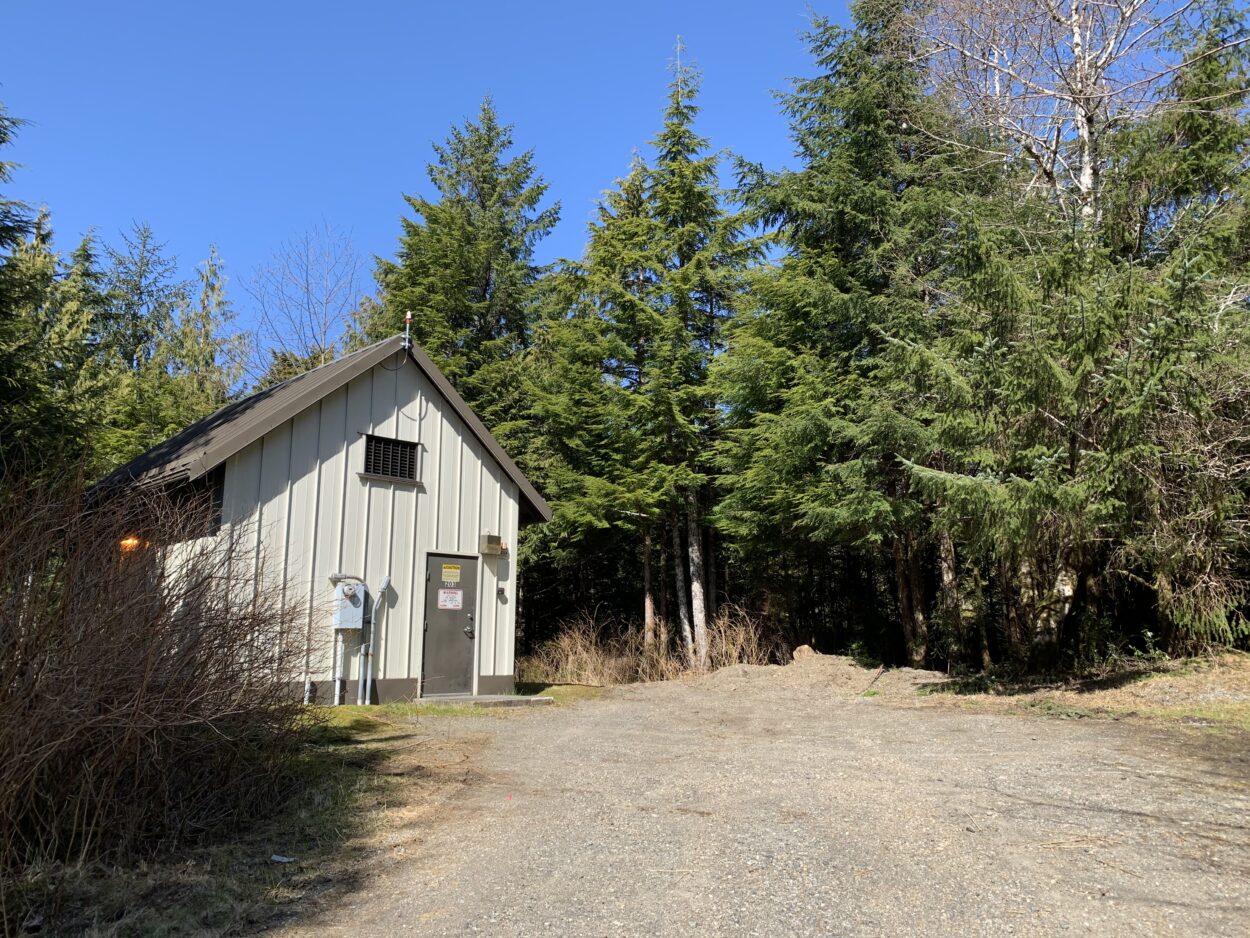 A Ketchikan Public Utilities networking facility sits at the end of Shoup Street in the Saxman area. Until recently, SpaceX was in talks with the city to lease a portion of the land near the facility to host a ground station for its Starlink internet network, but the borough planning commission declined to authorize a key permit for the site Tuesday after hearing objections from neighbors. (Eric Stone/KRBD)

An aerospace and technology company is considering building key parts of a satellite network in Alaska — including Ketchikan, Nome and Fairbanks — that it says could help improve internet access across the globe.

It’s part of a project called Starlink by California-based SpaceX, currently being developed. The company advertises relatively low cost satellite dishes that it says could eventually offer high-speed satellite internet even in sparsely populated areas of the planet.

The company plans to build ground stations around the world, with facilities spanning the globe from Europe to Australia to the southern tip of South America.

SpaceX filed an application last week with the Federal Communications Commission to build a “gateway earth station” consisting of eight antennas at a site in Ketchikan.

“It is a global high speed internet system to provide access for internet, relatively low cost internet — like, $100 a month is what they’re looking at right now — to people in locations that are very challenging to develop the infrastructure for internet. So Alaska is one of their primary areas they’re focusing on,” Serlin said.

While most areas of Ketchikan are connected to fiber optic or copper wire telephone networks, the satellite network would help bring internet access to more remote locations.

Serlin said SpaceX is also looking to build ground stations in Fairbanks and Nome. SpaceX applied for an FCC permit for the Fairbanks facility last week.

SpaceX was at one point in talks with the city of Ketchikan to lease around 3,000 square feet of city land in the Shoup Street area south of town. But Ketchikan City Manager Karl Amylon wrote in a memo Thursday that the company is now looking elsewhere. That’s after the planning commission postponed issuing a land use permit for the facility. Neighbors had complained saying they weren’t properly notified of the company’s plan.

The commission did approve another permit request from SpaceX in a commercial area near Ketchikan’s Walmart. It’s not clear if SpaceX intends to move forward with the Rex Allen Drive site — the company hasn’t returned calls and emails.