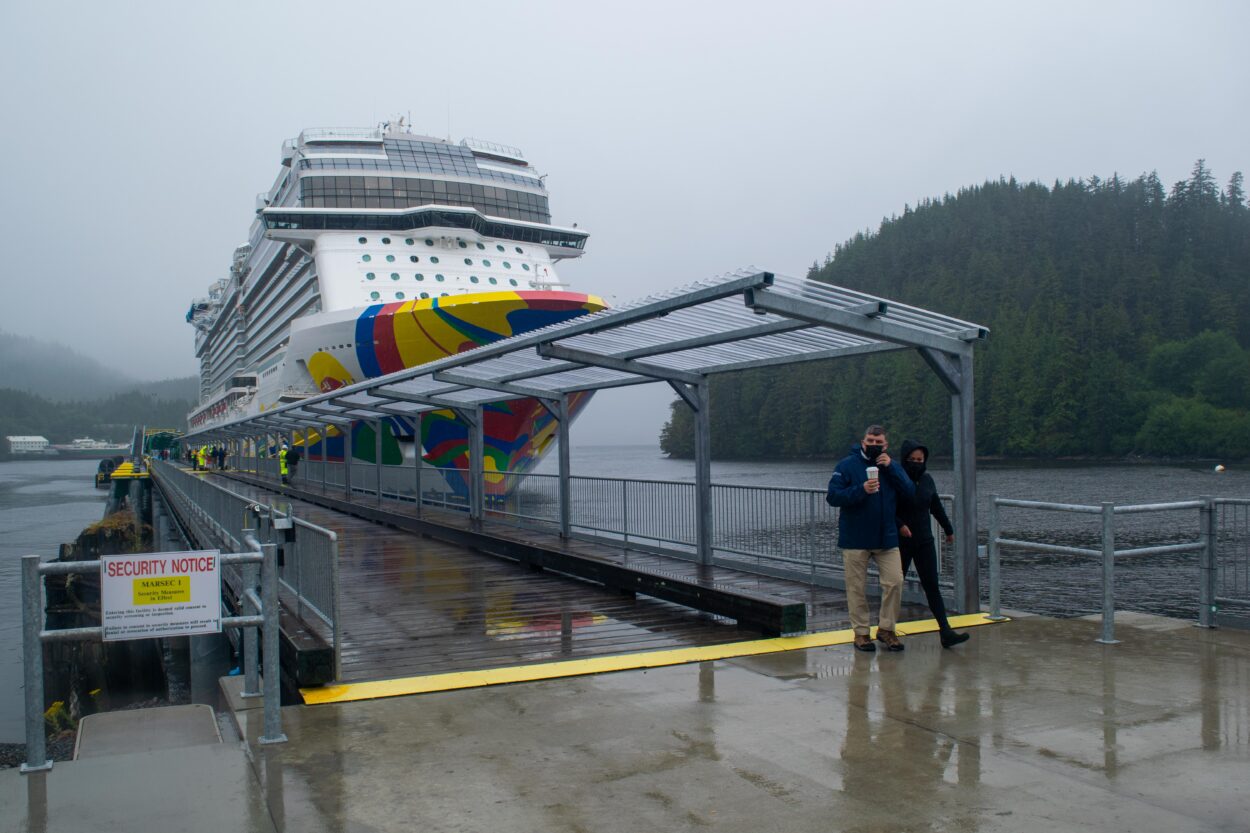 After disembarking from the Norwegian Encore cruise ship, Ian and Jane Donald walk toward the Mill at Ward Cove welcome center. (Molly Lubbers/KRBD)

Ketchikan has a new dock in town — well, outside of town. The first cruise ships to tie up at the two-berth Mill at Ward Cove arrived this month. That marks a milestone for the project to revitalize the former pulp mill site.

When the first cruise ship to visit Ward Cove docked on August 4, passengers were greeted by rain — and the Tongass National Forest. Those trees were the first thing that Emma Murray said she noticed as she stepped off the ship.

“It was just really exciting to see for me, because I’m from a desert,” she said. “Nothing’s green at all, and it was just so green and wet. I was just like, ‘Wow.'”

Murray and other passengers took refuge from the rain in an old Ketchikan pulp mill building. Before it shut down in 1997, the mill was the largest employer on the island and the center of Ketchikan’s timber industry. Now, developers hope it’ll serve as a hub for the community’s tourism economy. Ward Cove Dock Group’s John Binkley said it feels like a full-circle moment.

“It’s fired back up again and think it’s something that I hope all the community can take pride in: that the mill is back,” he said. 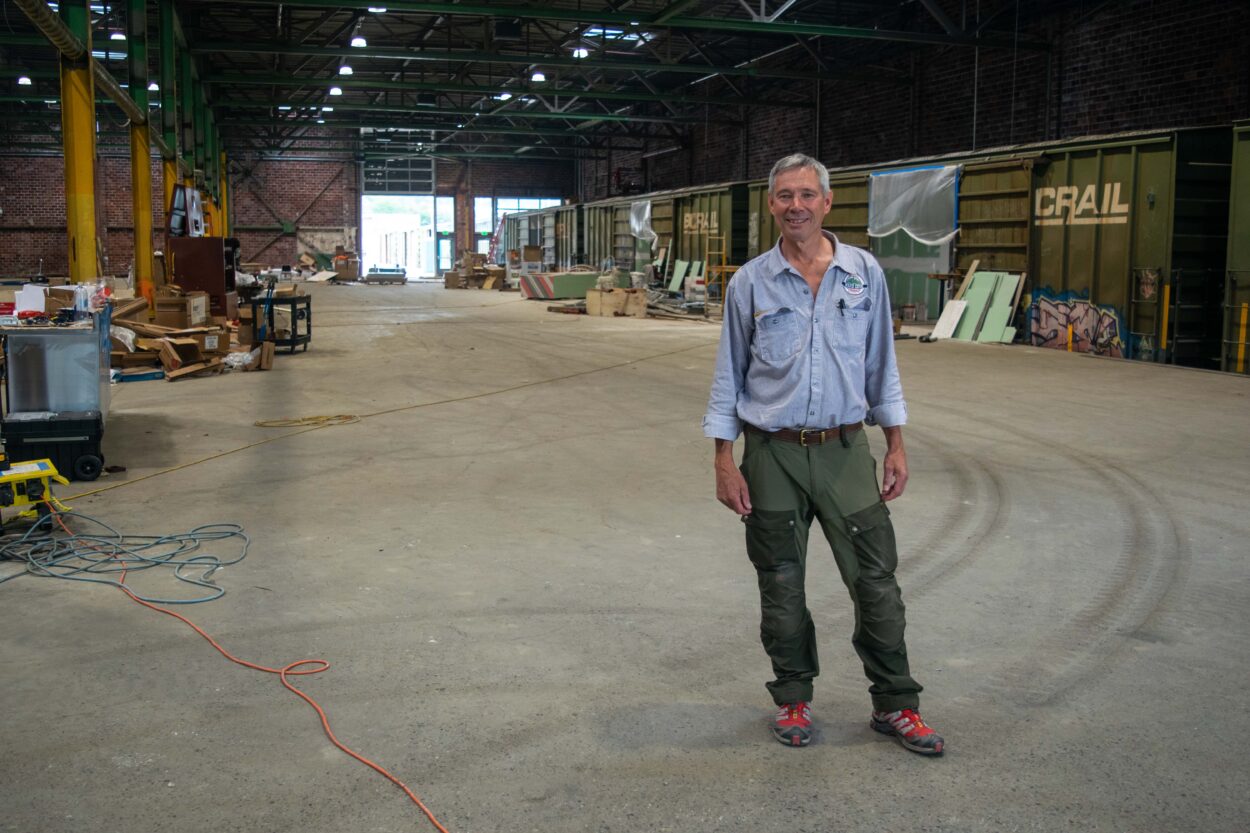 The Mill at Ward Cove was busy with construction a week before the first round of passengers arrived. John Binkley smiles as he gives a tour of the space. (Molly Lubbers/KRBD)

Developers didn’t know if it would be allowed to accept passengers until late May of this year, he said. That’s when the president signed a bill to temporarily allow foreign-flagged ships to sail directly to Alaska without stopping in Canada, which had banned cruise ships because of COVID-19.

“Bang, all of a sudden the season was on,” he said. “So we had to gear back up again, get our construction team back in place and go as fast as we could to try and get open in really about 70 days from when we hit the go button.”

Binkley joked he mostly just wanted to get the bathrooms of the welcome center finished in time. He said in between ships each week, they’re adding more amenities.

Norwegian Cruise Line, which invested in the dock project in exchange for priority use of its berths, brought non-paying passengers on a simulated voyage for its first trip to Ward Cove. Then, on August 12, the first round of paying passengers stepped off the Norwegian Encore.

Once visitors pass through the center, they exit into a parking lot. There, they get into buses and trolleys that take them all around Ketchikan. 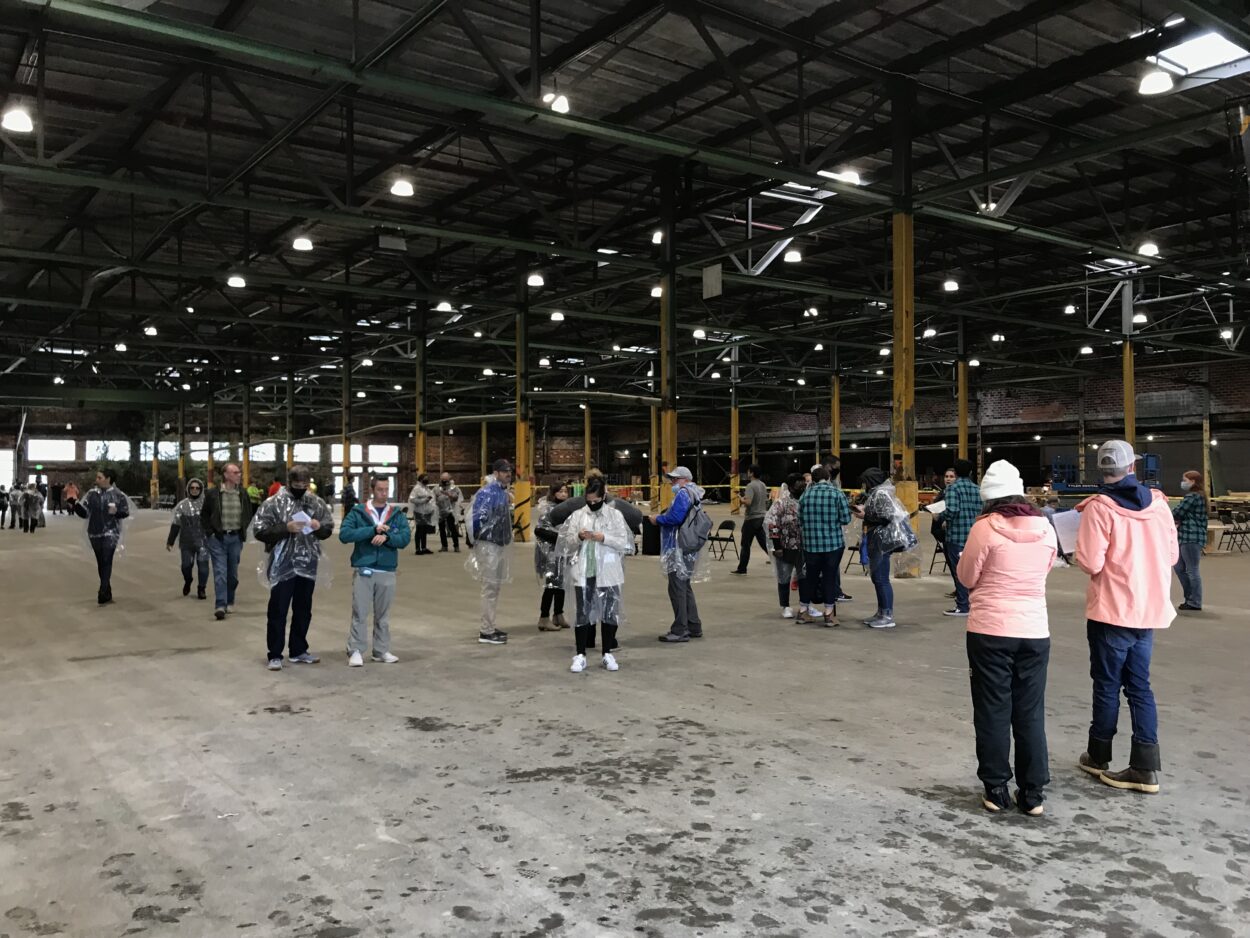 Ward Cove is located in the Ketchikan Gateway Borough, but outside city limits, about seven miles north of downtown. A financial impact report about the dock last year found that the City of Ketchikan could lose about $4.3 million in port fees and sales taxes annually. Binkley said the economic activity will still be on the island, but may just switch locations.

Mayor Bob Sivertsen said he thinks downtown will still have its draw for tourists docking at Ward Cove. Once the cruise ship season returns to normal, he said he also expects the number of passengers visiting Ketchikan to grow.

“I think it will be a short term loss because I think that we’ll backfill those spaces,” he said. “We already have ships anchoring out on given days, and now they may be able to come to port.”

The shortened cruise ship season likely means those passenger numbers will look different for now. But beyond the passengers on top of the boats, there’s also a story below the ships.

As the first megaships begin to dock at Ward Cove, ongoing environmental concerns have been renewed. The pulp mill had discharged pollutants into the cove, and the dock now rests on a “Superfund” site. That designation allows the Environmental Protection Agency to clean up contaminants and manage the area in the long term.

The EPA completed its cleanup of the site in 2001, removing some sunken logs and the contaminated soil, as well as placing a 27-acre sand cap over some remaining contaminated wood material on the seafloor. But federal scientists say they’re worried that the construction of the dock — and the megaships docking — may stir up that sand cap.

“The wood waste, as it breaks down, can release material that is toxic to the environment,” she said. “That sand serves to cover that material.”

Novak said the sand cap also creates a habitat for bottom-dwelling creatures. She said that the impact of the dock’s construction and operation is uncertain right now — but the EPA requires ongoing monitoring. She said they expect to have a more clear picture within the next year.

Binkley said he’s confident the cap will be protected, and that they designed the floating dock to avoid any damage. 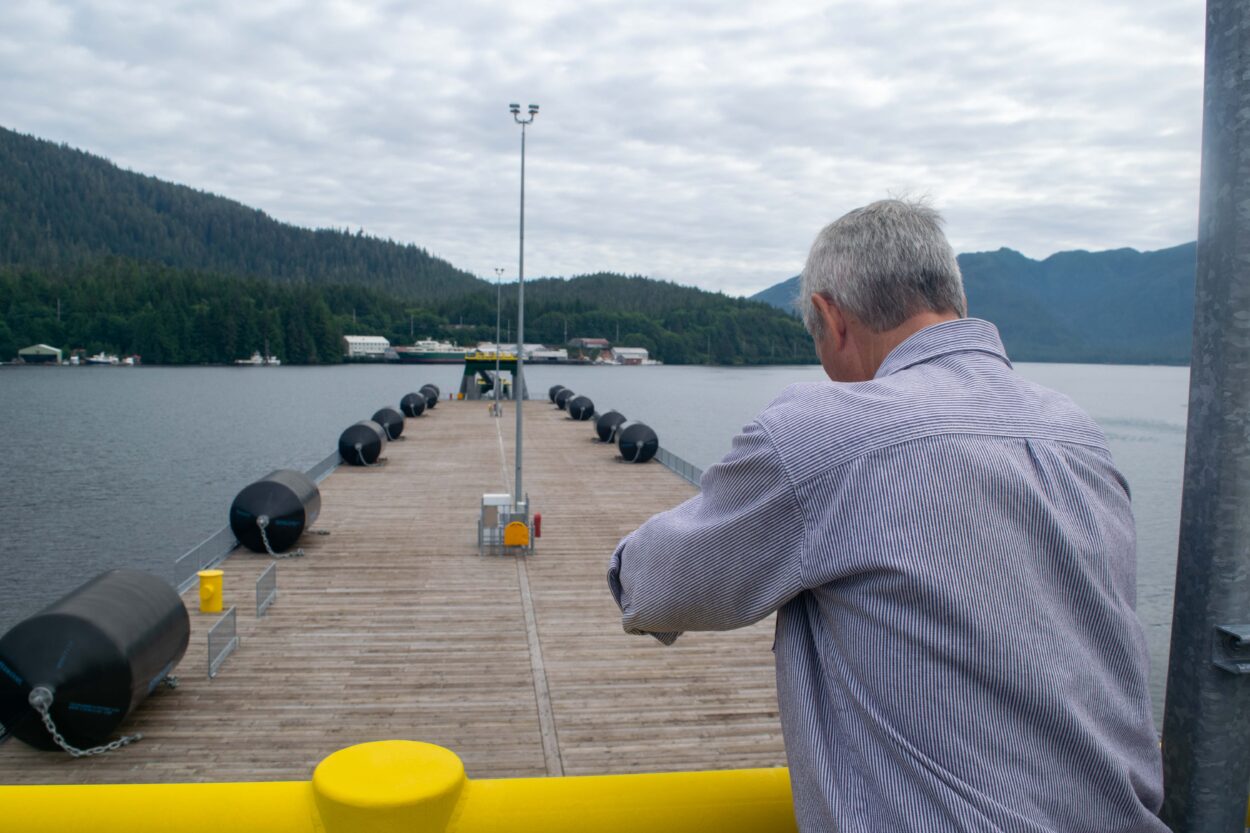 “The propellers of the ship are so far away, they’ll be almost 1,300 feet away from the shore, in very deep water at low, low tide,” he said. “And then there’s no physical dock that they’re up against, that would divert the thrust down to the bottom.”

As developers continue to monitor the megaship operation with EPA oversight, Binkley said that the inside of the mill is a work in progress. He gave a sneak peek into one part of the final vision: a recreation of the Tongass National Forest inside, complete with sounds of nature.

“As you walk in, all you’ll see are the trees,” he explained.

But that will come later. For now, they’re just getting ready for the next round of ships, arriving every Thursday through October 21. And it was construction noises — not nature ones — that echoed around the mill when tourists weren’t there.