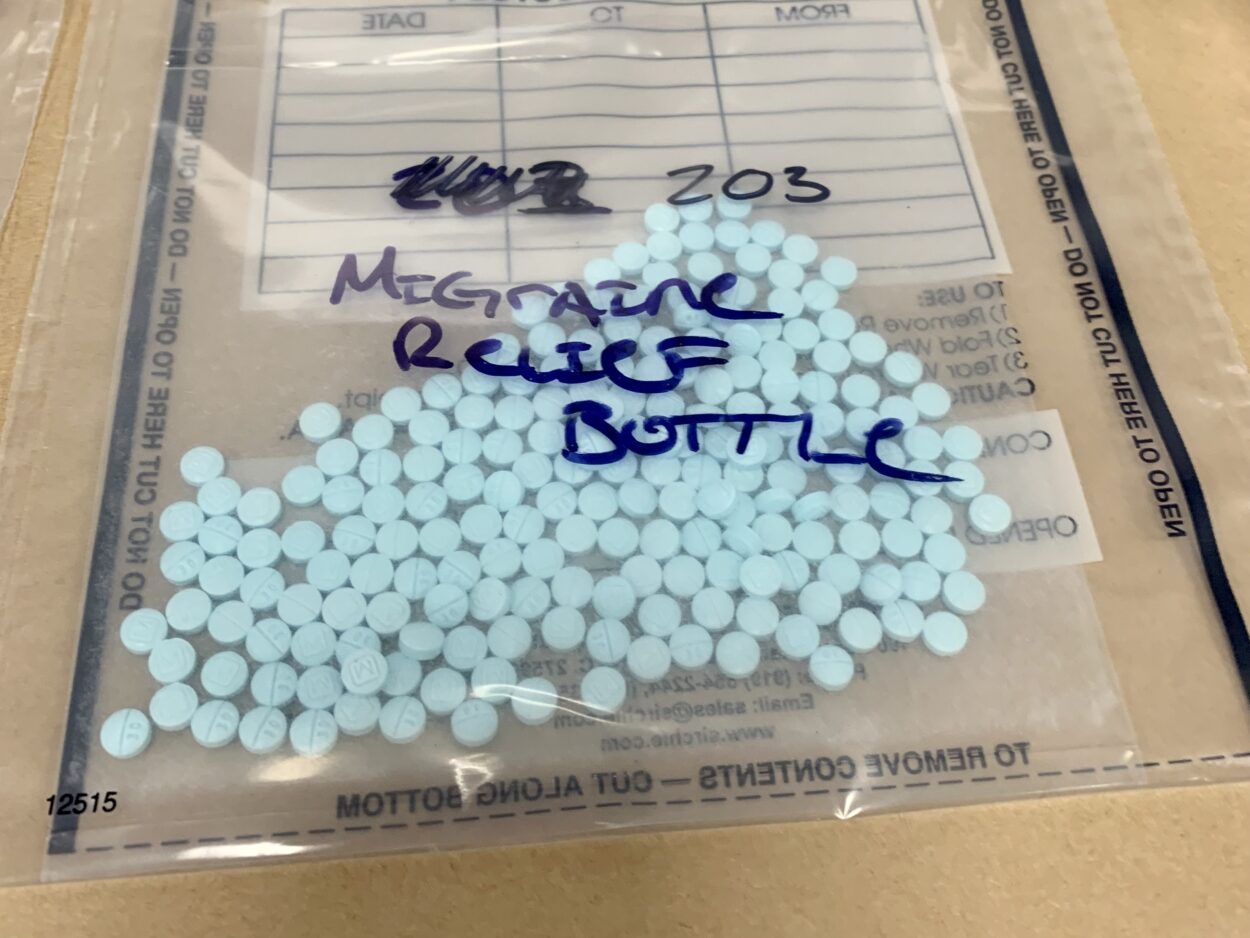 Mental health advocates in Ketchikan are calling for local, state and federal officials to do more to address a surge in drug overdose deaths.

Preliminary data from the state health department shows 23 people died of drug overdoses in Southeast Alaska last year, including eight in Ketchikan and two on surrounding islands. While those numbers haven’t been finalized, the data suggests that drug-related deaths in Southeast more than tripled from the year before.

Deborah Asper works for the Ketchikan Wellness Coalition. She says one part of the issue is the rise of strong, synthetic opioids.

Opioids were involved in more than 75% of the region’s overdose deaths, and fentanyl played a role in nearly half. Statewide, officials say nearly 60% of fatal drug overdoses involved fentanyl. 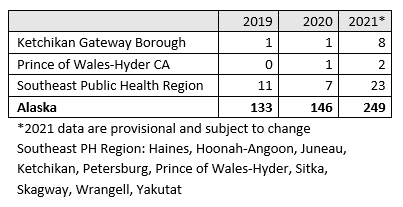 Authorities have seized thousands of small, blue counterfeit oxycodone pills containing fentanyl all over the state in recent years, from Ketchikan to Wasilla to Utqiagvik. Gov. Mike Dunleavy recently called on the state Legislature to increase penalties for drug dealers.

But supply is only part of the equation. Asper, who is seven years sober from opioids, says demand for the pills remains strong.

“There are people that look for that potency. I think that especially when I was using, I wasn’t thinking — you never think you’re going to overdose, right? You never think that that’s going to happen to you,” she said.

She says she’d like to see the state expand drug treatment programs within its jails and prisons.

“We have all these people in one area, but we’re choosing not to do anything with them,” she said.

A spokesperson for the state Department of Corrections, Betsy Holley, says some state prisons and jails do offer inpatient and outpatient treatment programs and psychotherapy, and state officials look to place offenders from all over the state in those programs. But state-run correctional institutions in Ketchikan, Juneau and much of rural Alaska don’t offer the same services.

The Ketchikan Wellness Coalition’s director, Romanda Simpson, says housing people recently released from jail would also go a long way towards addressing the crisis. She asked Ketchikan’s City Council on Thursday for funding to expand their reentry transition house from five to 14 beds.

Asper is also pushing for Congress to expand access to non-opioid painkillers with the NOPAIN Act. She says that would offer one more way to prevent addiction or relapse.

“Every time I go to the emergency room, or every time I need pain management, I’m always prescribed opioids,” she said. “I don’t want opioids, that’s not how I want to manage my pain. And so this will open up other options for people who don’t specifically want narcotics.”

Alaska Sens. Lisa Murkowski and Dan Sullivan signed on this week as cosponsors of the legislation.