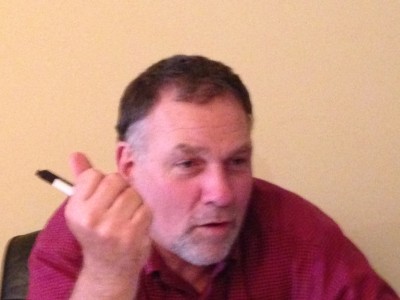 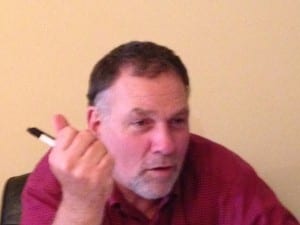 Keith Smith has been hired as the interim project manager for the Ketchikan Performing Arts Center. The First City Players Board of Governors approved a contract with Smith at its June 3rd meeting.

Smith has been serving on a committee formed to select architects for phase 1 of the project. He says the committee realized, in order to move forward, a point person is needed to coordinate elements of the project. Smith proposed to the board that he serve as interim project manager.

“I think that when we were looking at someone with a familiarity with so many different aspects of the project that might be able to get all those balls moving at some time, just coordinating them. I realized that I might be that person for a little while.”

Smith says there likely will be other project managers during different phases of the project, each offering a different skill set. Smith says he will be working with committees, individuals and partner organizations to coordinating engineering tasks; and identify and address zoning and user group issues. He says he will also help coordinate revision of the business plan.

“All these things will drive design. My job will be to align all those things so that when our architects are coming up with a good design, all those questions will be answered. Otherwise the architecture will cost an enormous amount of money if you have to dilly dally and go back and make them have to do that footwork.”

He says his priority is to have clear answers as to what is possible and what is not possible.
Smith first became involved in the performing arts center project in 1998 when he was Executive Director of the Ketchikan Area Arts and Humanities Council. He previously worked as a morning host at KRBD and most recently for the Ketchikan Chamber of Commerce. He resigned that position so he could focus on writing. He Smith is working in the tourism industry this summer.

Smith is married to Elizabeth Nelson, the Artistic Director of First City Players. Because they share a financial interest, Smith will report to the board through the Ad Hoc Working Committee.

When completed, the Performing Arts Center will be home to First City Players and Ketchikan Theatre Ballet. The former Fireside building in downtown Ketchikan was purchased by the two organizations in 2009. First City Players currently occupies a street-level office space. Plans for the 21,000 square-foot, three story building include a 200-seat theatre, offices, four rehearsal studios and storage space.