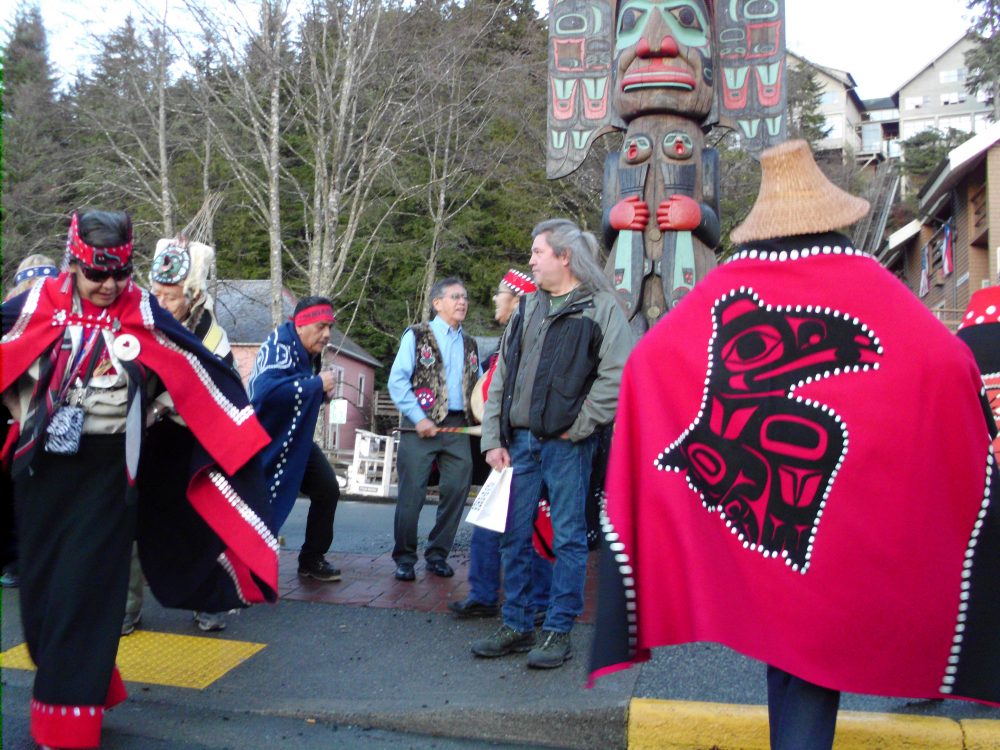 The Chief Johnson totem pole was raised and rededicated in a ceremony in Ketchikan on Wednesday afternoon. The original pole was raised in 1901, and taken down in 1982. A replica carved by Israel Shotridge was raised in 1989. In 2016, the beak on the raven figure fell off. The 55-foot pole was taken down earlier this fall for cleaning and restoration by Sitka carver Tommy Joseph.

The pole is the property of the Tongass Tribe. In the audio below, Richard Jackson, house leader for the brown bear Tongass Tribe, talks about the pole and the day’s event.

That was Richard Jackson of the Tongass Tribe. During a brief ceremony, Tongass Tribe members thanked carver Tommy Joseph, presented him with gifts, and danced and sang songs to honor him.  The restoration was a cooperative effort between the Tongass Tribe, Tongass Historical Museum and the City of Ketchikan. 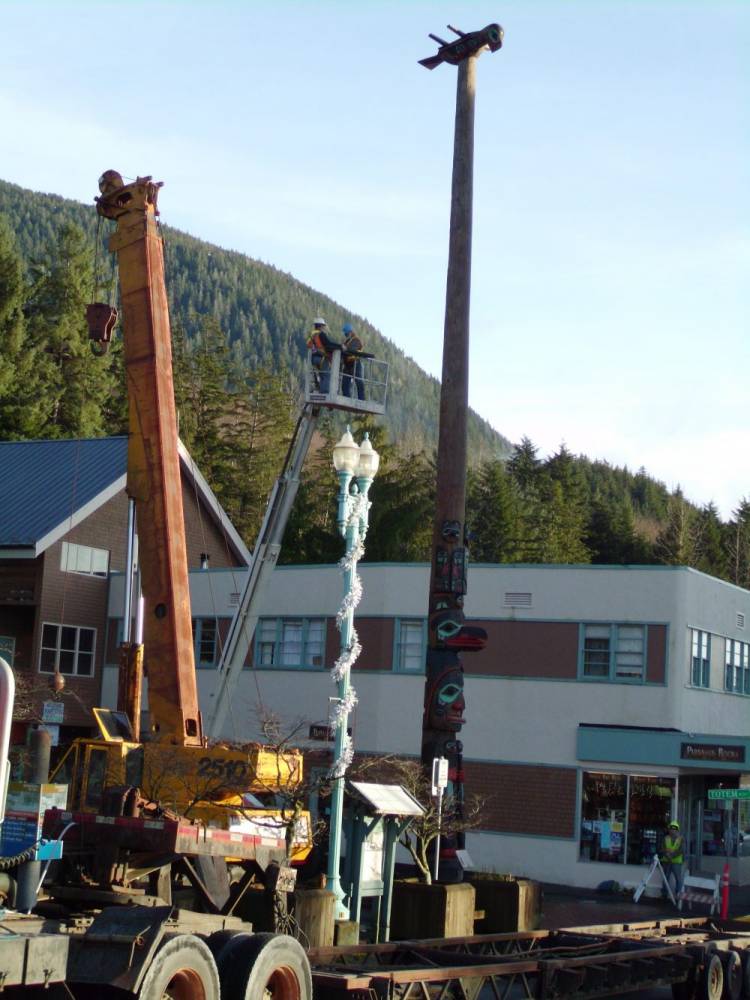 The 55-foot Chief Johnson pole was transported by truck after restoration (KRBD photo by Maria Dudzak).

Don Kellogg and Marvin Hill (obscured) of Wildcatters reattach the wing of the Kadjuk bird on the top of the Chief Johnson totem pole (KRBD photo by Maria Dudzak). 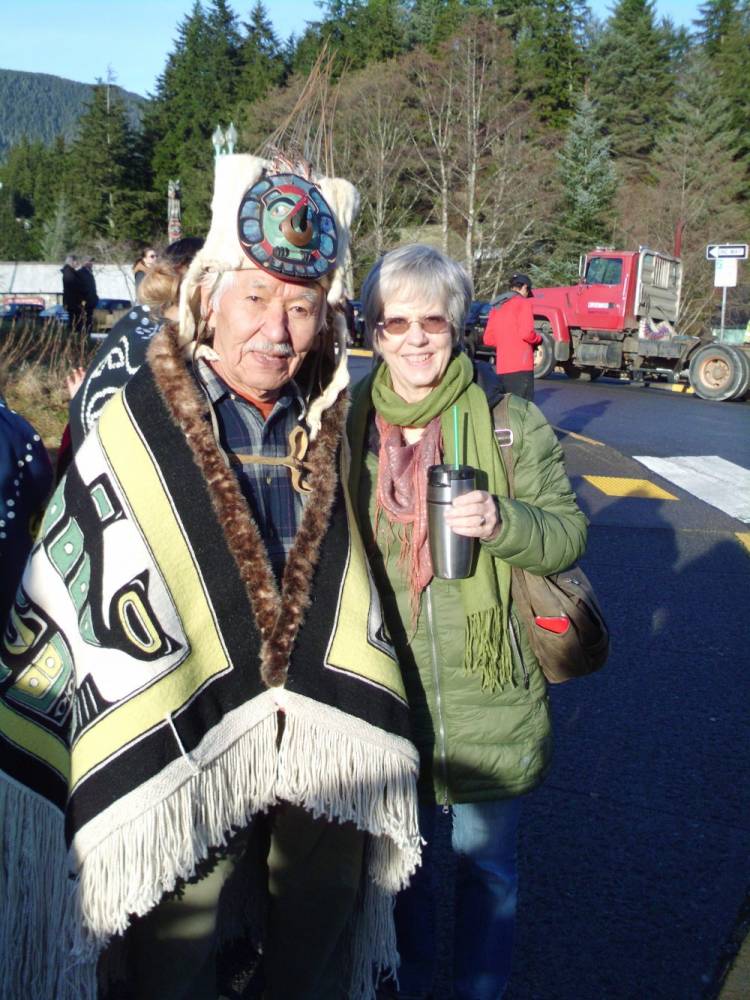 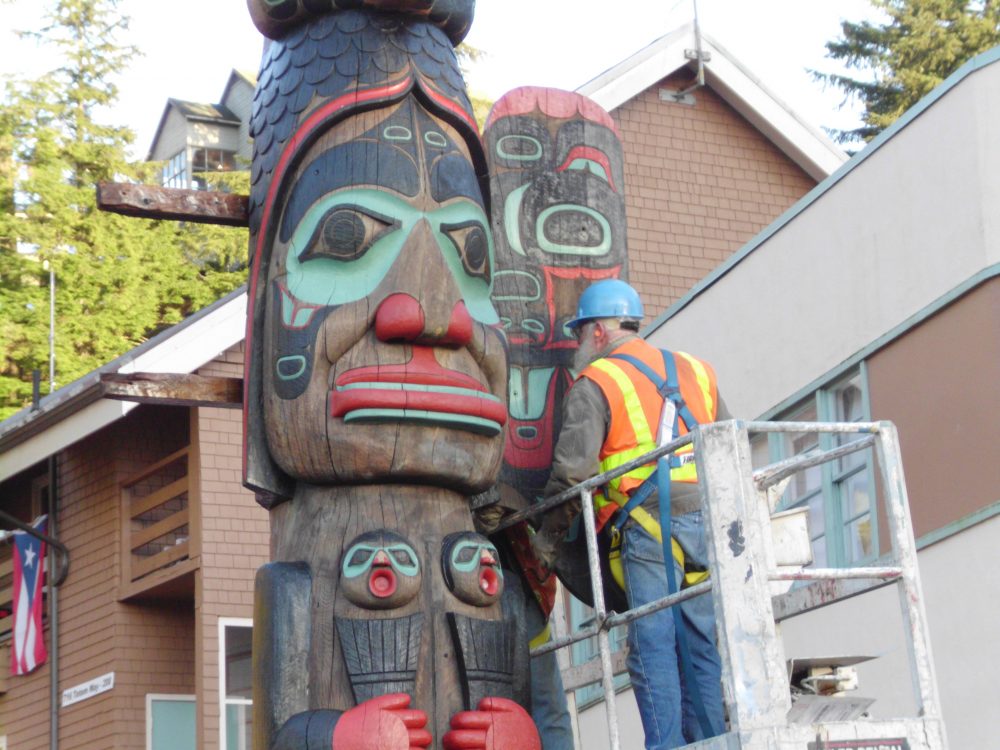 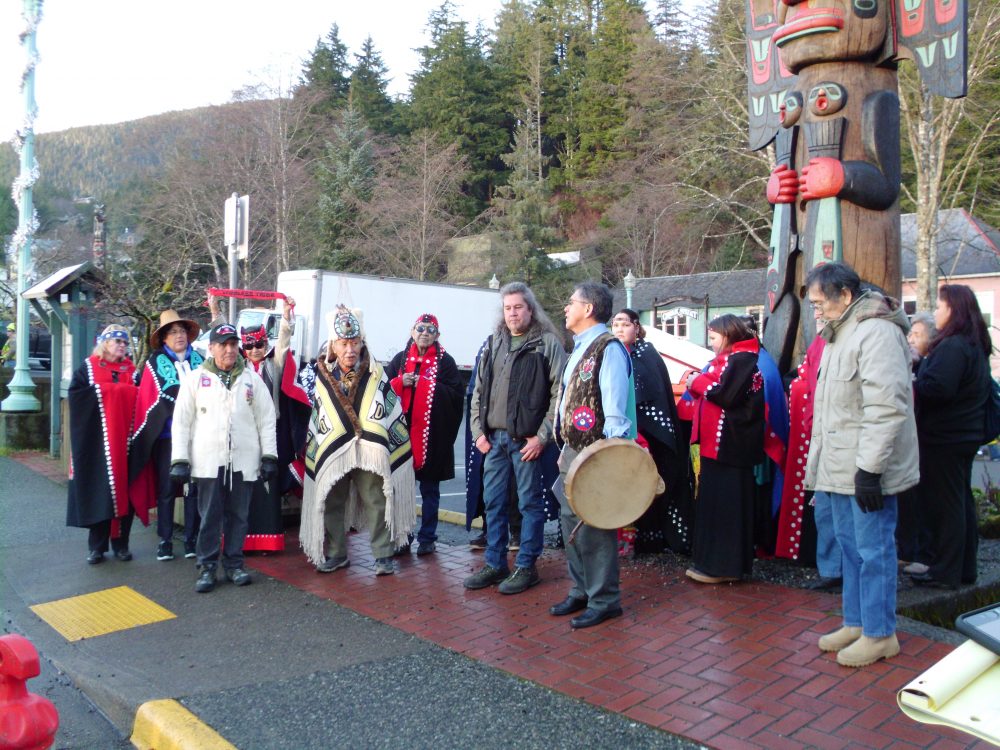