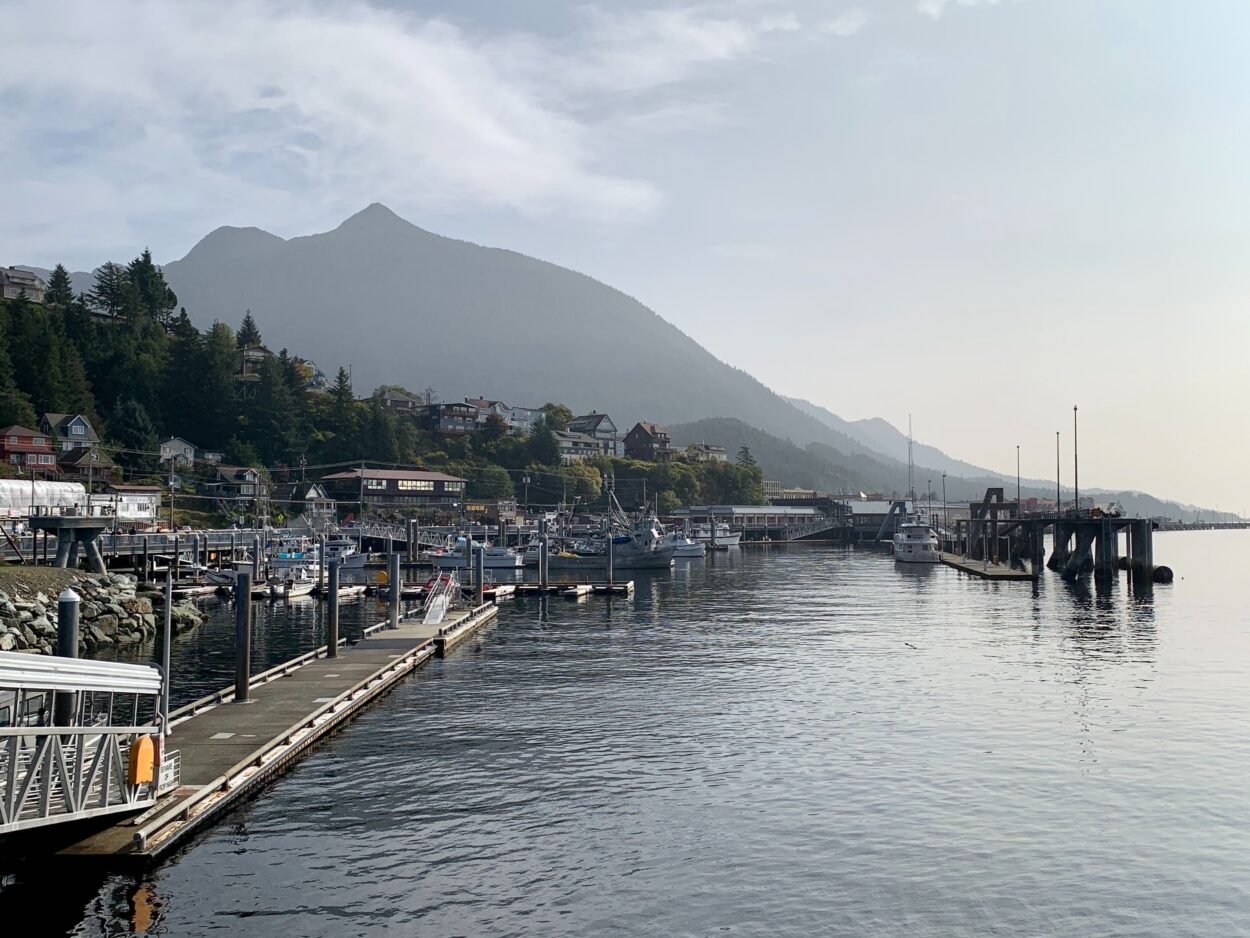 Residents in Ketchikan woke up to hazy skies Wednesday morning. That haze was smoke from wildfires burning on the Pacific coast of the Lower 48, according to National Weather Service Forecaster Bryan Caffrey.

“There’s been a low off of Washington that’s been spinning, that’s what’s helped pull it up north into British Columbia, and finally just got in this morning to Dixon Entrance and the southern panhandle,” Caffrey said in a phone interview Wednesday.

But here in Ketchikan, Caffrey said the smoke was forecast to remain suspended in the atmosphere over the southern panhandle Wednesday. That means it was not anticipated to be a health hazard.

Preliminary data from a Juneau air quality monitor run by the Alaska Department of Environmental Conservation placed the area’s air quality in the “good” category. That means “little to no risk” to human health. Satellite-modeled data from company IQAir said the same for southern Southeast.

Caffrey said the smoke likely won’t get as far north as the central panhandle.

“We do have a front approaching tomorrow night. Not looking to bring any precip[itation] to the southern panhandle until maybe Friday, but that’ll help push everything back down south and east,” Caffrey said.

The Juneau-based forecaster said smoke from the record wildfire season in California and the Pacific Northwest has been visible all over the northern half of the Lower 48.