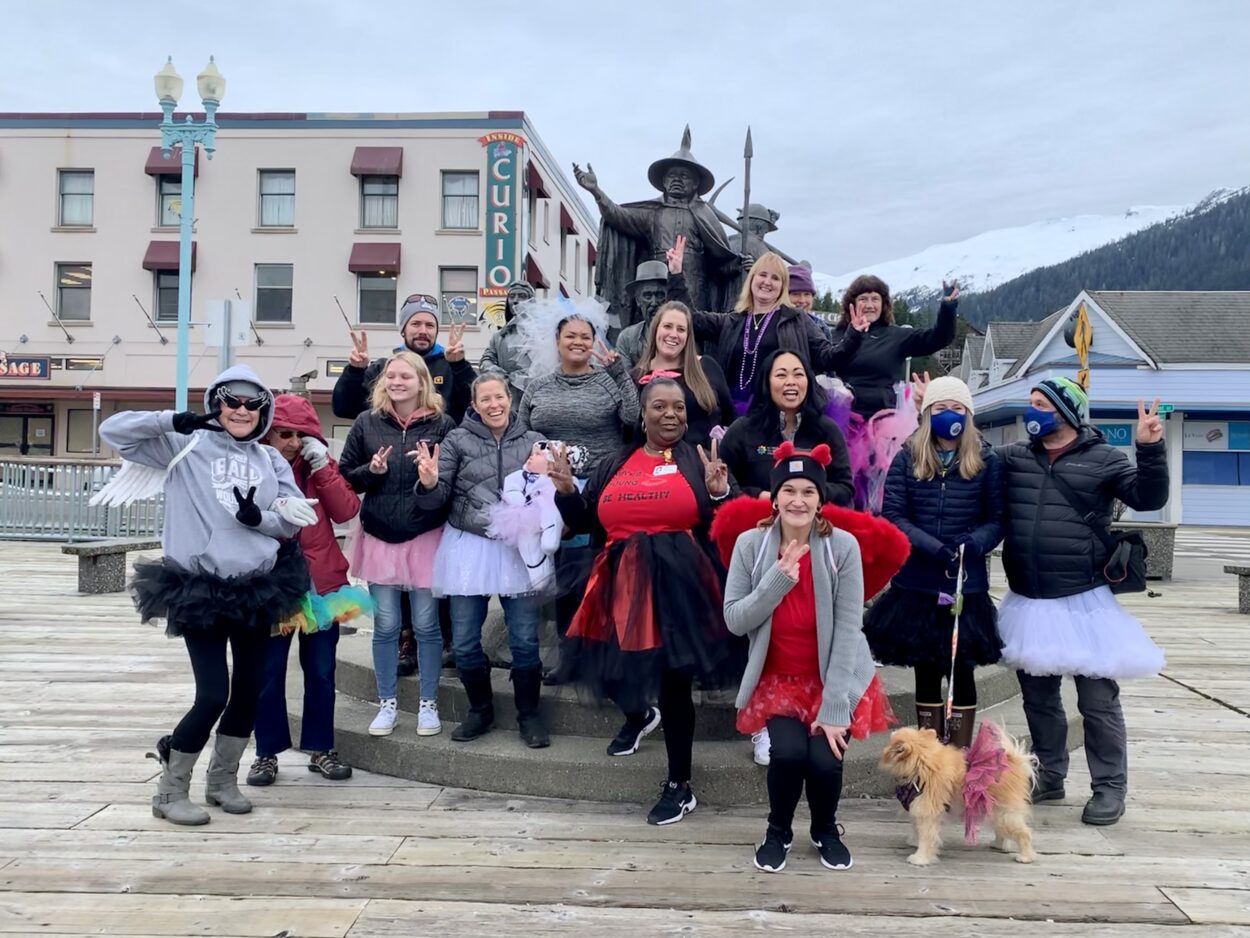 Tuesday was a special day.

Sure, it was National Margarita Day, National Walk The Dog Day and Cook a Sweet Potato Day, according to NationalToday.com.

A group of people in Ketchikan gathered to mark the occasion at — when else? — 2:22.

How could they not wear tutus?

“I think our little promo was, this only happens once a year,” said Alma Parker of the Ketchikan Wellness Coalition.

“No — once in your life!” interjected colleague Romanda Simpson as they stood on Ketchikan’s cruise ship docks dressed in warm coats, jeans, and… ballerina skirts.

“This is such a rough time of year, right? February is actually the hardest time for me, personally. And so the girls were all like, ‘Did you you know it’s two two-two two-two?'” Simpson said. “And so they laughed and said, ‘Let’s do a tutu event!’ And it was born.”

Barbara Morgan, a biology professor at the local University of Alaska Southeast campus, said she’s a bit of a number geek.

“I love palindrome dates, and this is like the greatest palindrome date ever. I think 2-22-22 at 2:22 and 22 seconds is like what, seven twos in a row — on a Tuesday! How can this not involve tutus?” Morgan said. 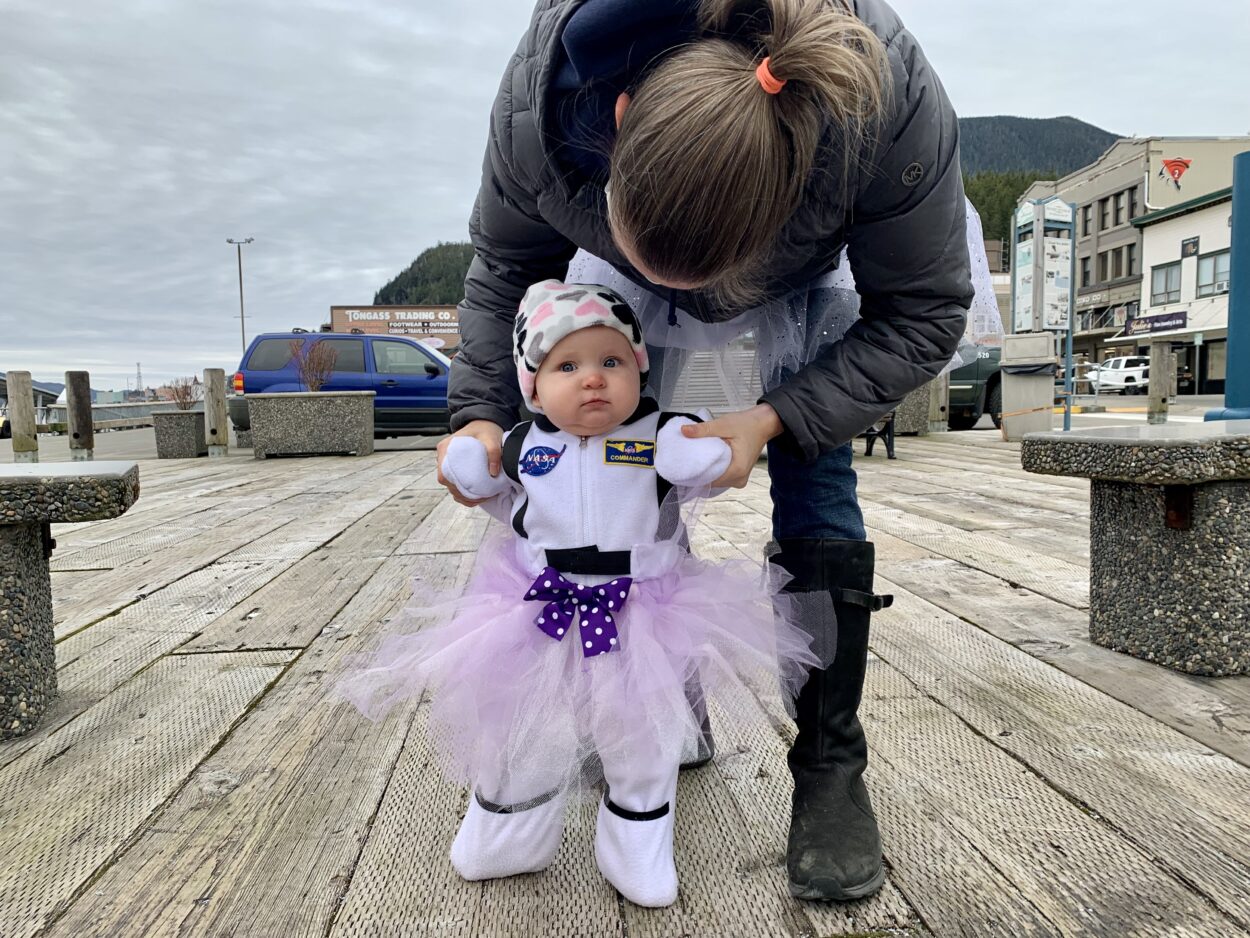 The event attracted people of all ages — from eight-month-old Amelia Mulder to Laverne John, age 82.

“I got talked into a tutu,” John said with a smile.

There was even a four-legged celebrant — Paris the Pomeranian. 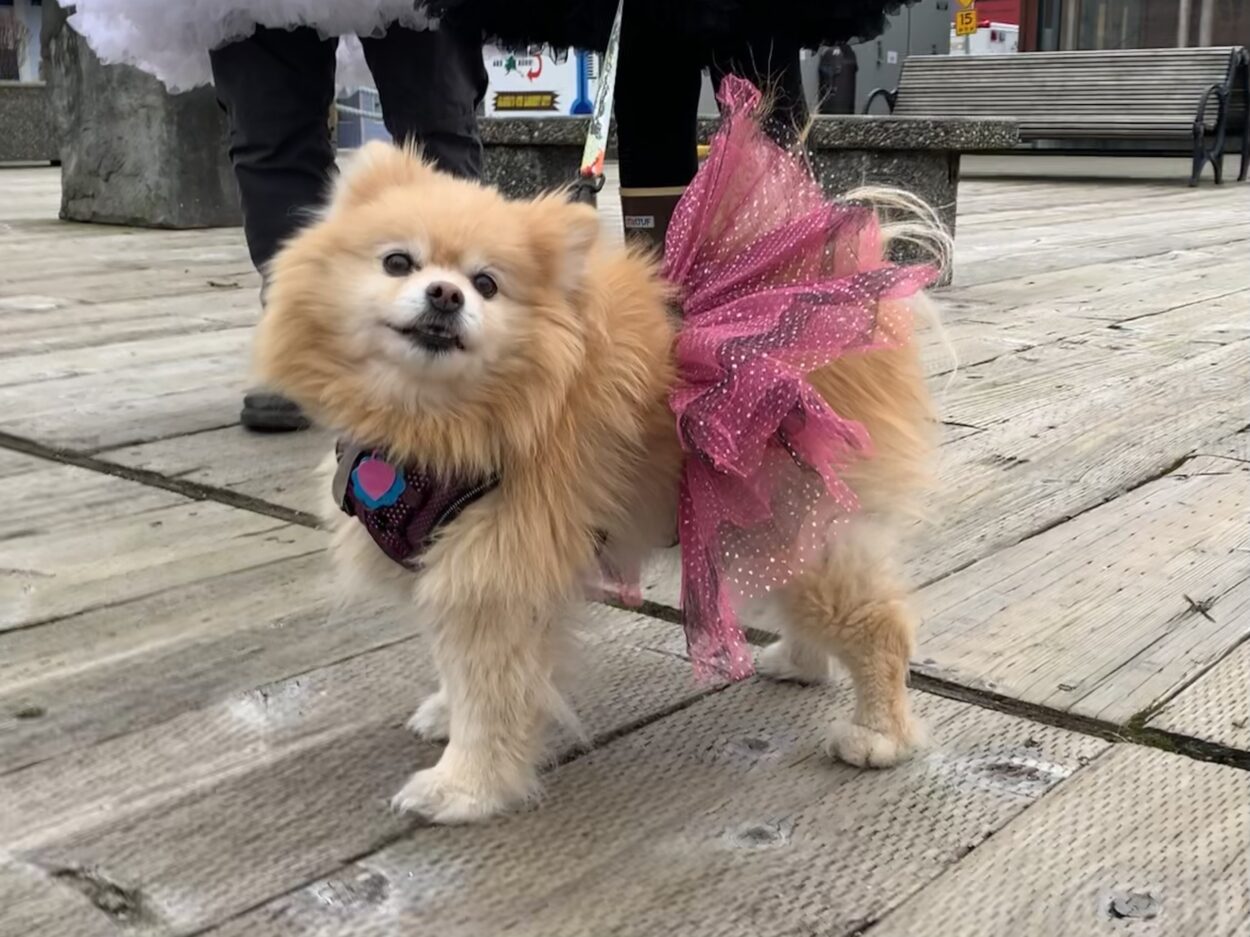 There was plenty of cheer to go around. Jessica Mathews’ tutu was a deep royal purple.

“This is about mental health and doing something fun and adventurous and happy, and so I want to be goofy and silly and fun. And we’re going to find joy this year,” Mathews said.

As the moment approached, the 15 or so revelers gathered next to Dave Rubin’s iconic statue, The Rock. And at 2:22, everyone put up two fingers, smiled and laughed.

Not a bad way to spend a very special Tuesday. Or, if you like, Twosday.