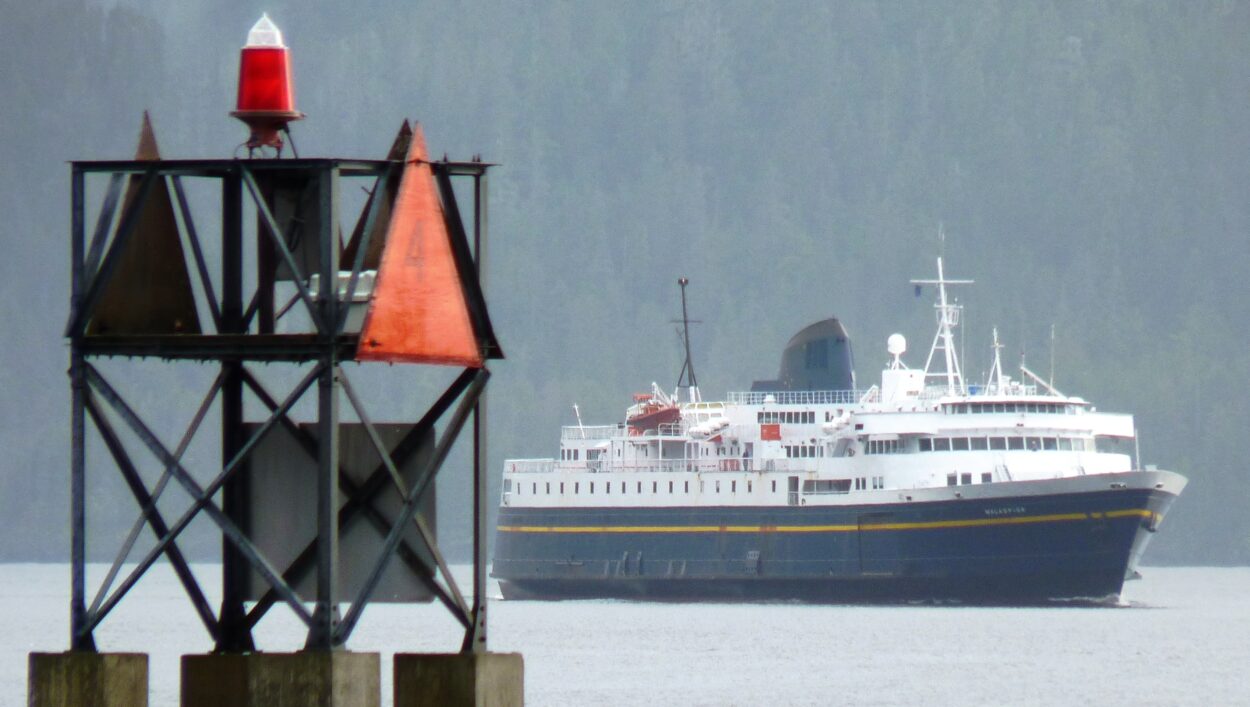 The ferry Malaspina near downtown Sitka in 2010. (Photo by Ed Schoenfeld/CoastAlaska)

One of the first Alaska Marine Highway vessels could be reborn nearly 60 years later as a museum for the history of the state ferry system. State transportation authorities announced Monday that they’d entered negotiations to sell the ferry Malaspina to the owners of a private cruise ship dock in Ketchikan’s Ward Cove.

“We really believe that there needs to be a place to gather a lot of the memorabilia and history of the Alaska Marine Highway System. It’s so important to all of Alaska, really, it’s an important chapter in our lives, particularly those in Southeast,” Binkley told KRBD by phone Monday. “There needs to be some focal point for that, and we believe it should be the Malaspina.”

In a pitch letter to the state last week, Binkley says the Ward Cove Dock Group’s subsidiary M/V Malaspina, LLC plans to keep the Malaspina more or less where it is: moored near the private Ketchikan cruise ship terminal.

The company told state officials in its letter that the vessel could also serve as a training facility for the maritime program at Ketchikan’s University of Alaska Southeast campus, but Binkley said he had not yet run the idea by university officials.

Rep. Jonathan Kreiss-Tomkins, a Sitka Democrat and ferry system booster, said he was glad the Malaspina would not meet the same fate as its sister ship. The Taku was sold for scrap in 2018.

“But I think getting rid of the Malaspina from the fleet highlights that we need to plan for the next 50 years of the ferry system and new vessels to take her place,” Kreiss-Tomkins said by phone.

The terms of the deal have not been finalized.

In a statement, the chair of the Alaska Marine Highway Operations Board, Shirley Marquardt, said she had hoped the vessel would remain in Alaska. She said the decision to sell the vessel had not been controversial among the oversight board.

“AMHOB has not discussed this sale because it clearly needs to happen and after two years of being tied up, she should be sold.  The Mal would not be part of the AMHS fleet at almost 60 years old under any kind of responsible operating plan in the future,” she said by email.

The Dunleavy administration decided in late 2019 to take the vessel out of service rather than spend the more than $16 million it would need to keep sailing. State authorities had been paying more than $75,000 a month in moorage fees and insurance costs to keep it tied up at the Ward Cove facility.

Three other companies floated proposals for the Malaspina, including pitches to turn it into a hotel or restaurant.

While Alaska’s first state-owned ferry was the Chilkat, which initially shuttled passengers and vehicles between Haines, Skagway and Juneau, a 1963 Associated Press story notes that the Malaspina was the first ferry to sail for the newly-established Alaska Marine Highway System.