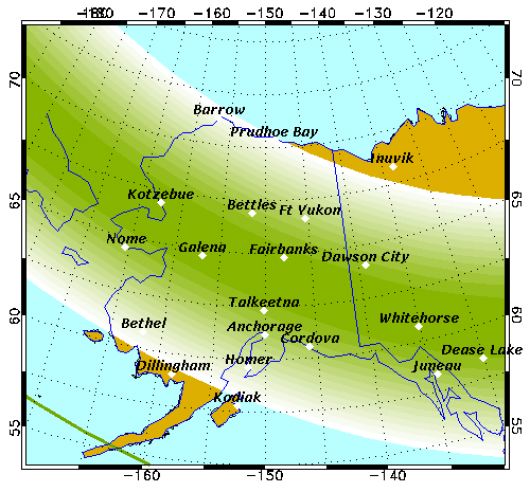 According to the institute, a very large solar event took place early Tuesday. The flare was located near the east limb of the sun facing away from the Earth, and scientists expect enhanced aurora activity late tonight.  Activity also could occur Thursday night.

Auroras are only visible to the unaided eye when it’s dark. So, the best chance to see the aurora is on a clear night away from town.

Unfortunately, the weather forecast for Ketchikan calls for mostly cloudy or partly cloudy skies tonight and tomorrow. But predictions have been known to be wrong, so aurora watchers might want to make plans to stay up for a late-night light show.

To follow the location of the aurora at any given time, go to http://www.swpc.noaa.gov/ovation/