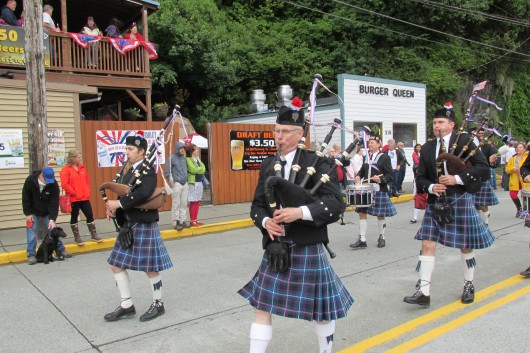 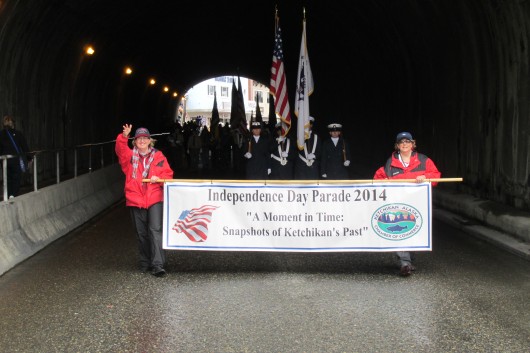 The 2014 parade theme was “Snapshots From the Past.” 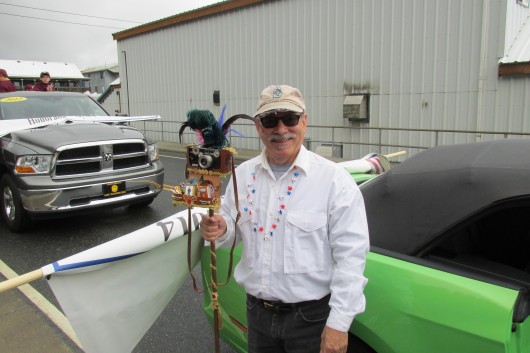 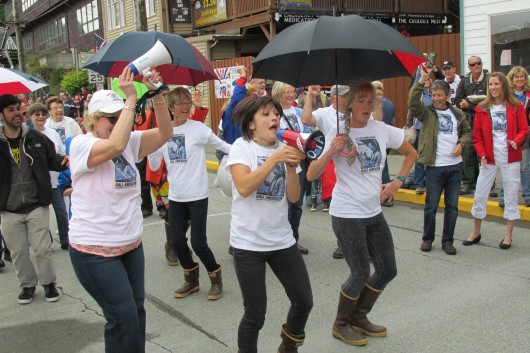 A flash mob surprised Anderson as he walked the parade.

Misty Thistle Pipes & Drums walked the parade and played their bagpipes around town throughout the day. 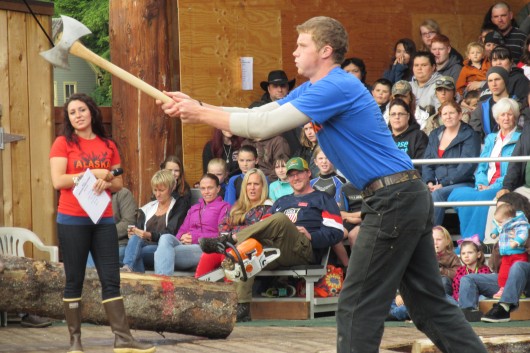 The Great Alaskan Lumberjack show held its Ironjack competition. Tom Lancaster (not pictured) was the champion. 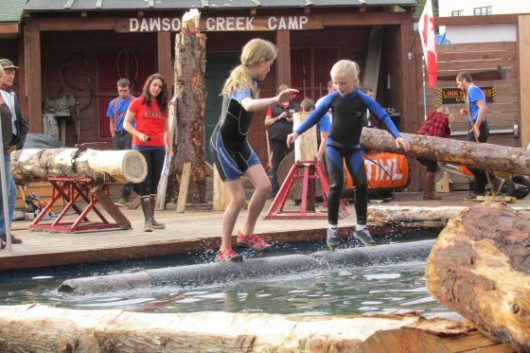 Riley and Ruby McCue of the Ketchikan Cohos Log Rolling team competed during the Ironjack show. 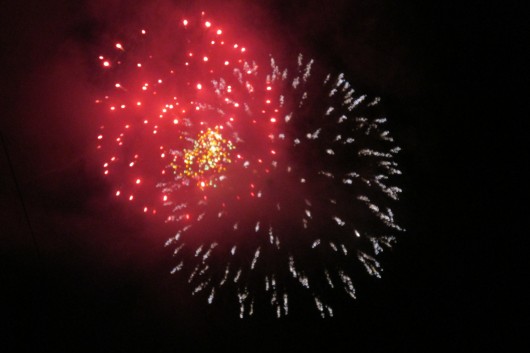 Fireworks lit up the sky at the end of the day.